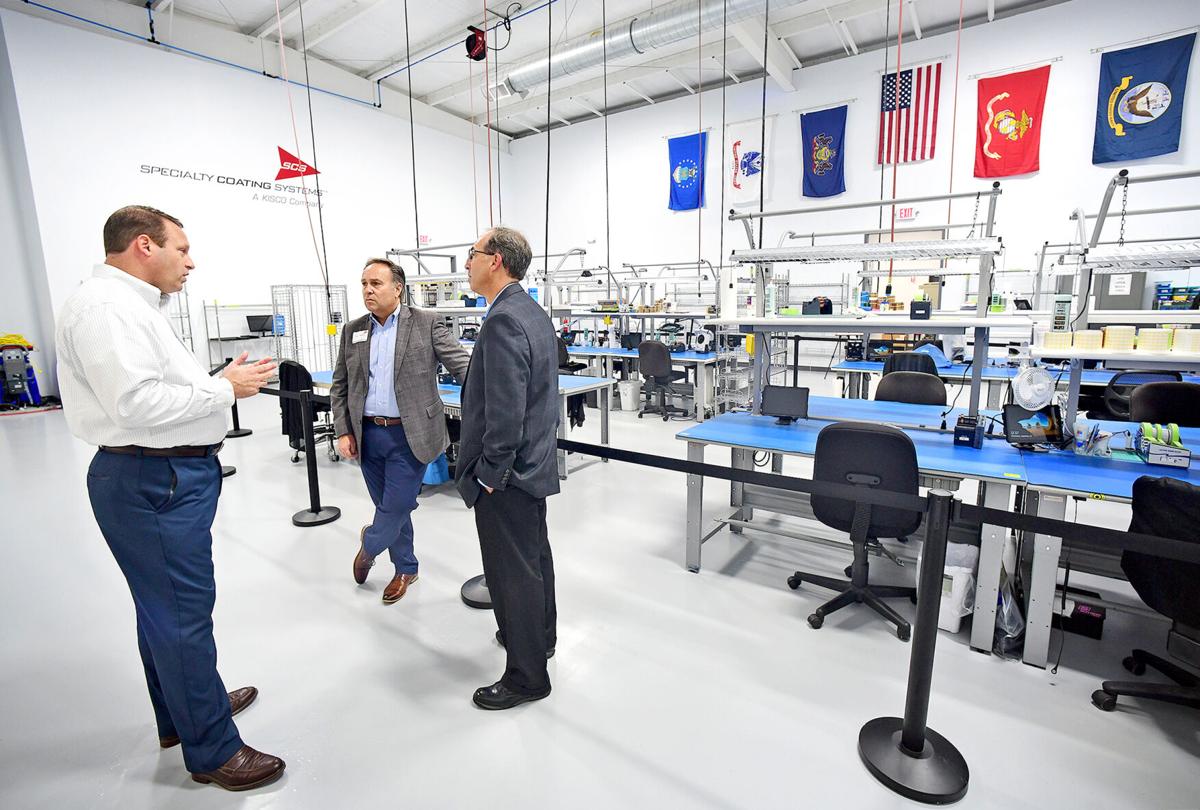 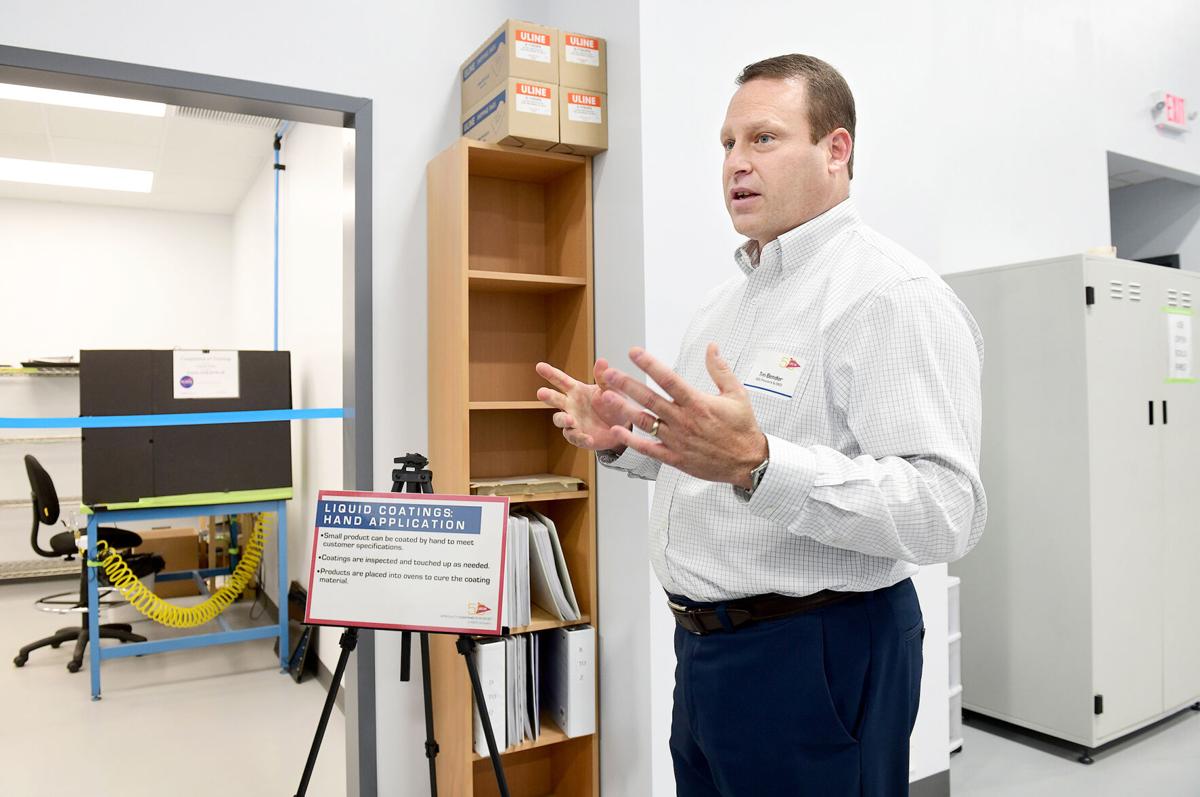 Tim Bender, Specialty Coating Systems president and CEO, leads a tour through the company’s new facility during an open house event at the business located on Olympic Lane in Johnstown on Wednesday, September 22, 2021. 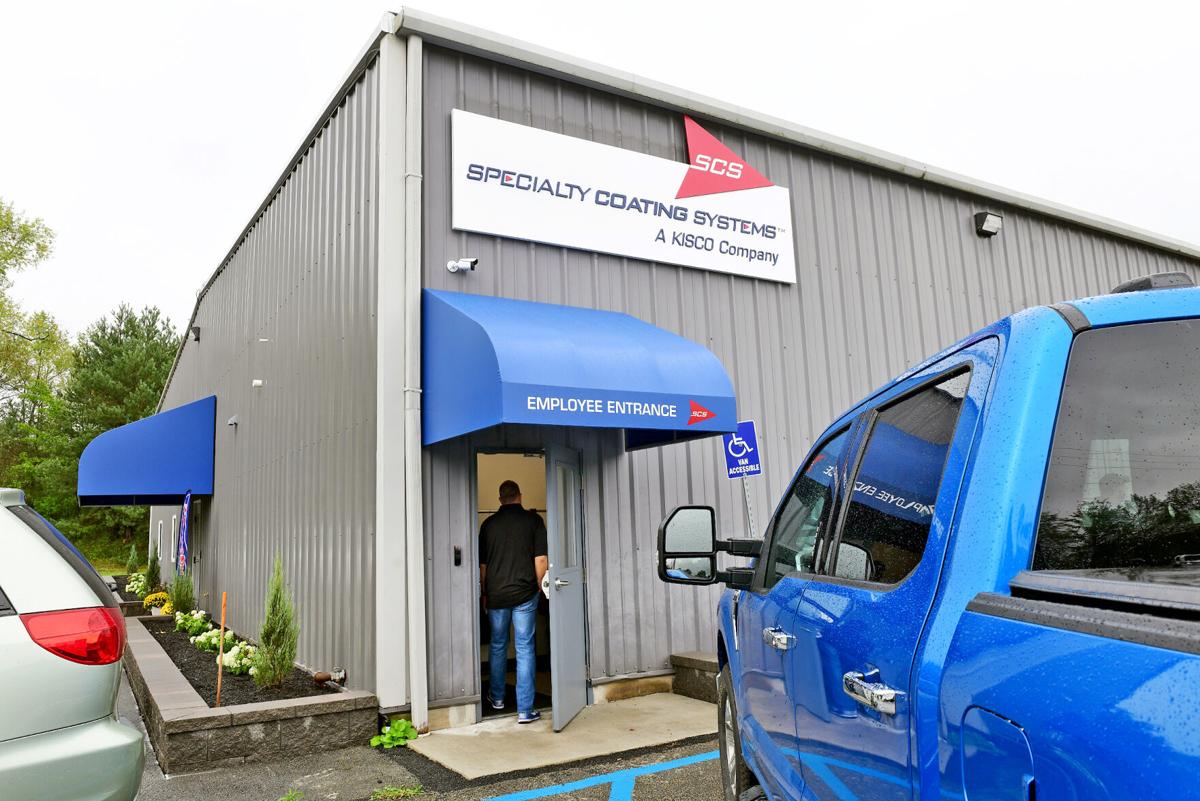 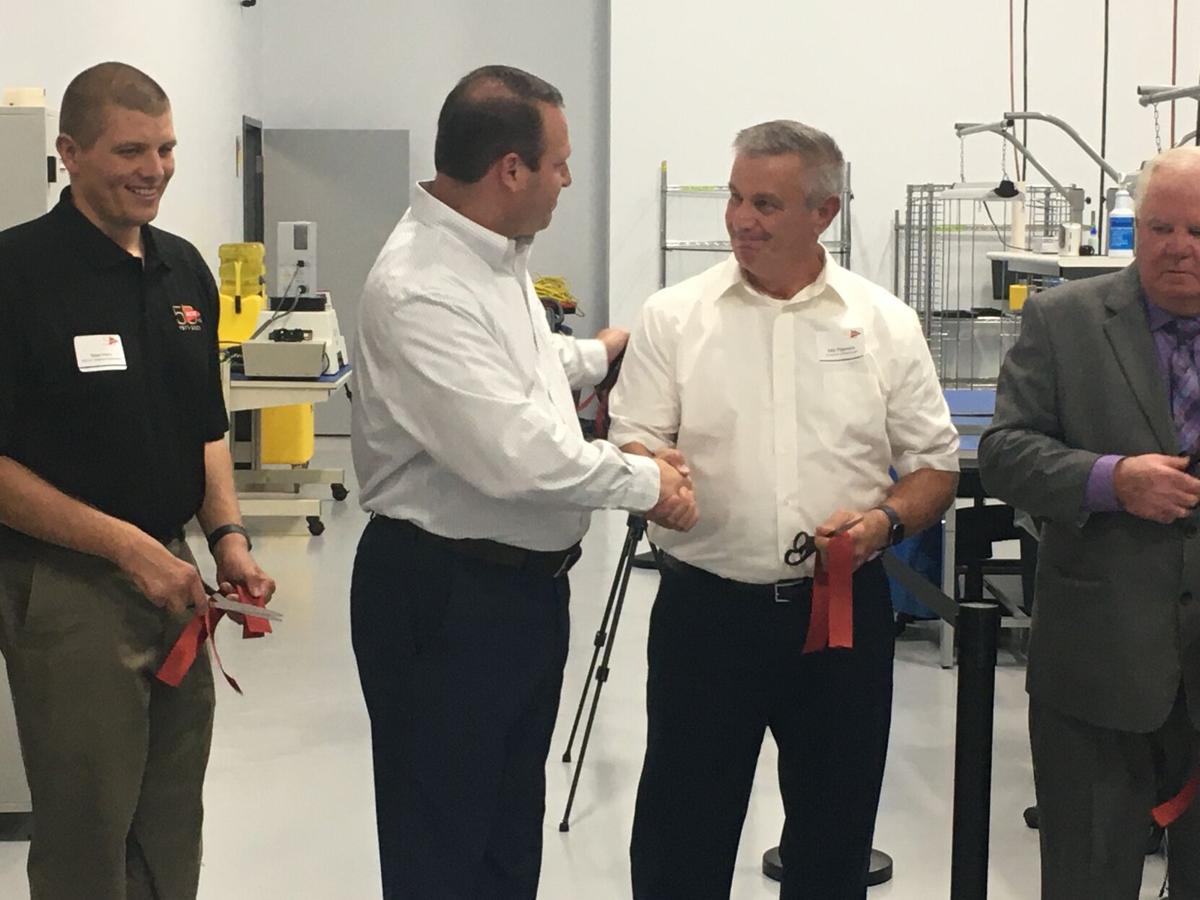 Tim Bender, Specialty Coating Systems president and CEO, leads a tour through the company’s new facility during an open house event at the business located on Olympic Lane in Johnstown on Wednesday, September 22, 2021.

JOHNSTOWN, Pa. – There aren’t a lot of jobs in Johnstown, Christina Rush said.

She’s worked at Diamond-MT since she graduated from high school 16 years ago.

Diamond-MT was sold to a global company in May, but all of its jobs – about 30 – are staying in Johnstown, which Rush is happy about.

Specialty Coatings Systems, which has coating facilities worldwide and owns its own supply chains, bought Diamond-MT. Both parties have declined to say how much SCS spent to acquire Diamond-MT.

“I’m excited about the growth – about what the new company will do with what Mel started,” Rush said.

For 20 years, Diamond-MT grew in Johnstown, founded by Mel Popovich and Thomas Horn – the “M” and “T” in Diamond-MT. The “Diamond” was for Popovich’s love of baseball, he said.

Horn retired about 11 years ago, but Popovich has stayed on as company president, growing the company over the years.

“They (SCS) care about the product and the client, and I’m glad to see them staying in Johnstown,” Horn said.

The business, which has developed its own method for applying liquid coatings for electronic devices, began in a “shack” in Windber, Popovich said.

He subsequently moved it to Chestnut Street in Johnstown’s Cambria City.

Space was still cramped, but the company grew a global reputation in the conformal coatings industry.

Its customers come from the medical, commercial and governmental sectors. They send technology to be coated, and it is often exclusive, unshared technology. An order for coatings is complete within five to seven days.

“Who would have thought that we’d grow from a shack to the top of the coatings industry?” Popovich said.

With a ribbon-cutting ceremony Wednesday to a new, spacious facility at 148 Olympic Lane in Johnstown – off Mount Airy Drive – Popovich’s transition to retirement is complete, he said.

SCS President and CEO Tim Bender gave tours of the facility on Wednesday.

There is currently one shift of workers, but Bender foresees adding another shift in the future.

“We used to compete with these guys for years and years,” Bender said.

“I want Mel to be able to come back in 10 years and be proud of what we’ve done.”

Bender said he foresees the addition of more skilled jobs at the Johnstown facility and the eventual automation of lower-skill jobs.

Based in Indianapolis, SCS specializes in Parylene coatings – ultra-thin, pinhole-free polymer coatings that are applied as a dry vapor.

Any stent surgically placed in a human heart likely is coated with an SCS coating, said company vice president of operations Mike McCarty.

The addition of Diamond-MT expands the company’s liquid coatings capabilities.

Those coatings can be sprayed, dipped, painted or applied by a machine.

For 16 years, James Seeley has worked for Diamond-MT, touching up liquid coatings with the deft hands of a painter. Popovich said he is “an artist.”

“It’s bitter sweet,” Seeley said of the transition to the new ownership. “Its sad to see Mel go.”

Employees including Seeley and Rush are “the heart and soul” that protect electric devices from intrusion of damaging chemicals, fluid and electrical charges McCarty said.

“Mel has created a good leadership team here,” he said.

McCarty said the Johnstown location is an ideal addition for SCS’ eastern Midwest presence in the U.S.

“For this to be in Johnstown is icing on the cake for SCS,” he said.