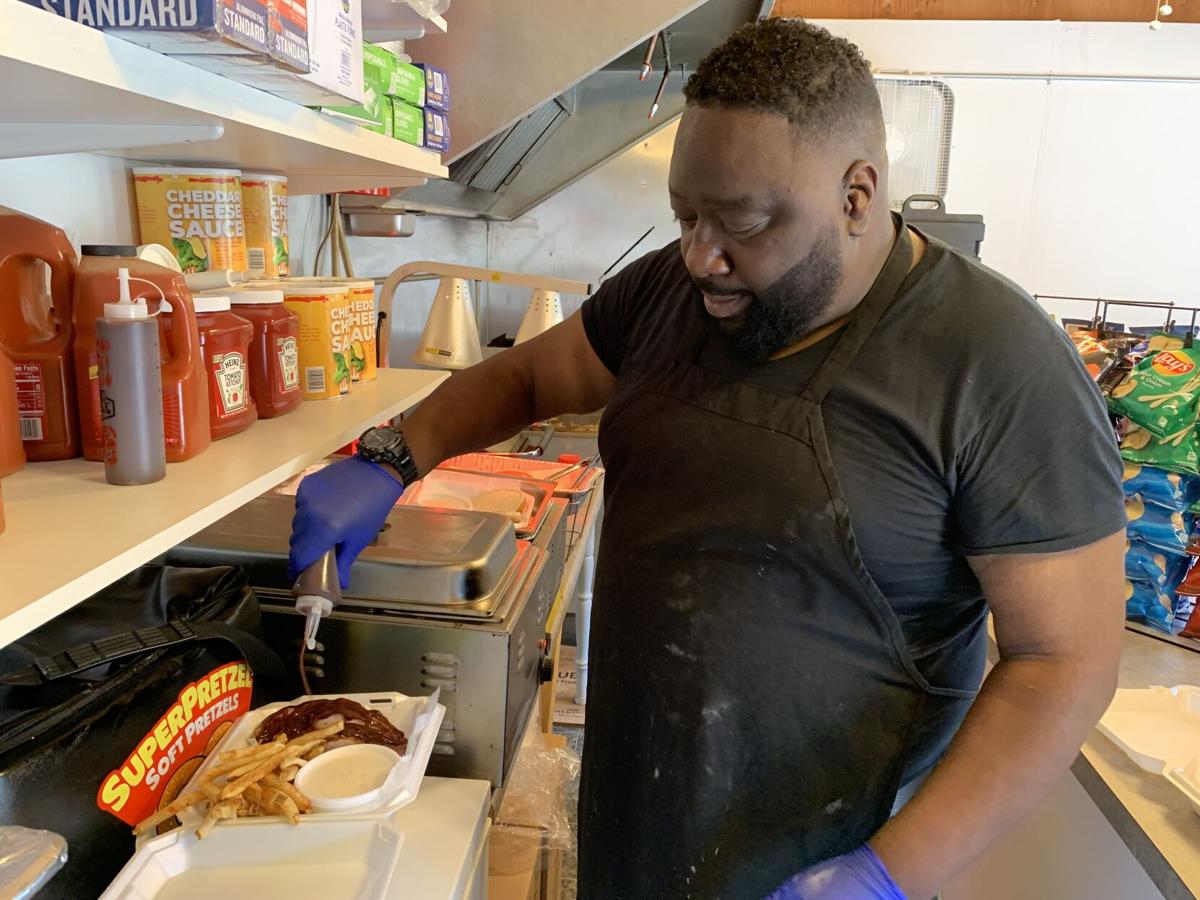 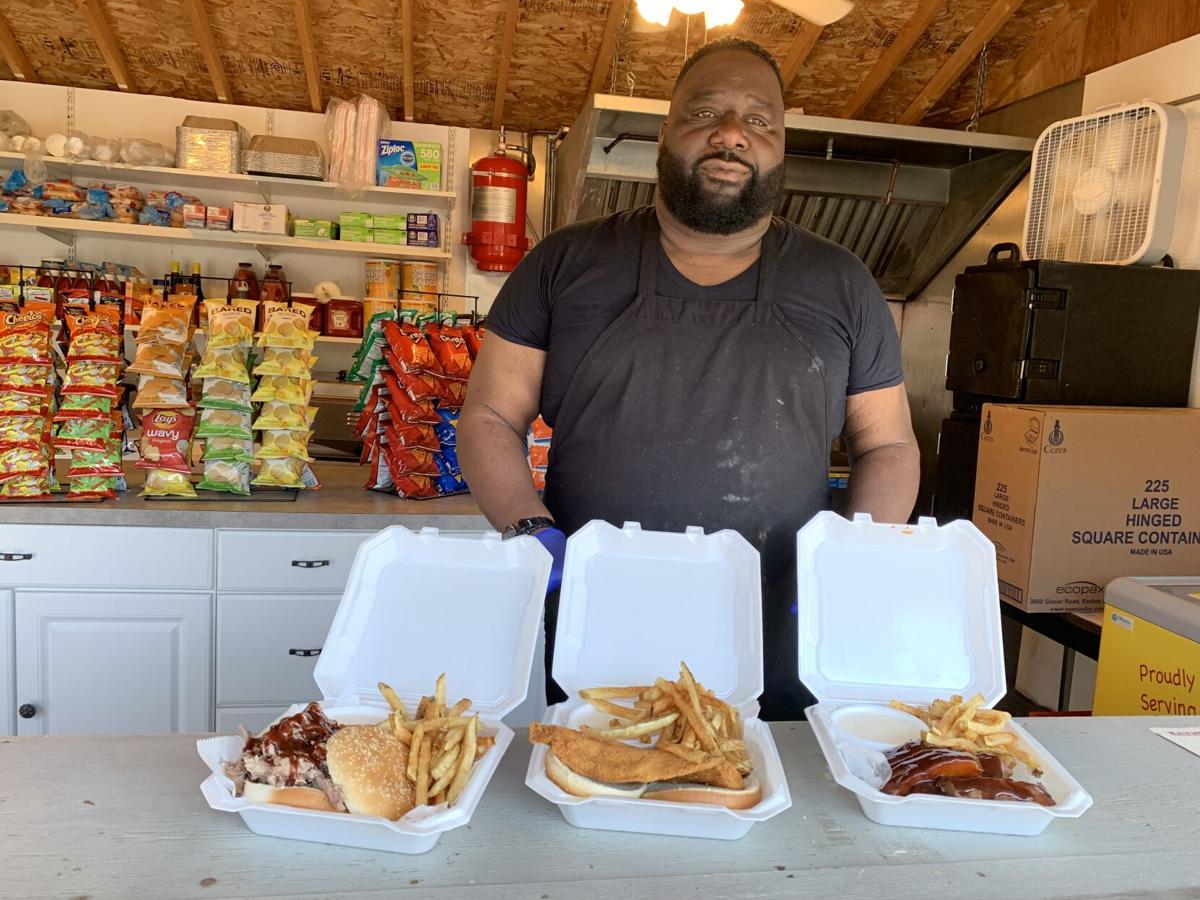 Terrance Ballard, owner of Rayne's Backyard BBQ, displays some of the food he will have for sale at the Roxbury Park concession stand in Johnstown during a press conference on Monday, June 14. 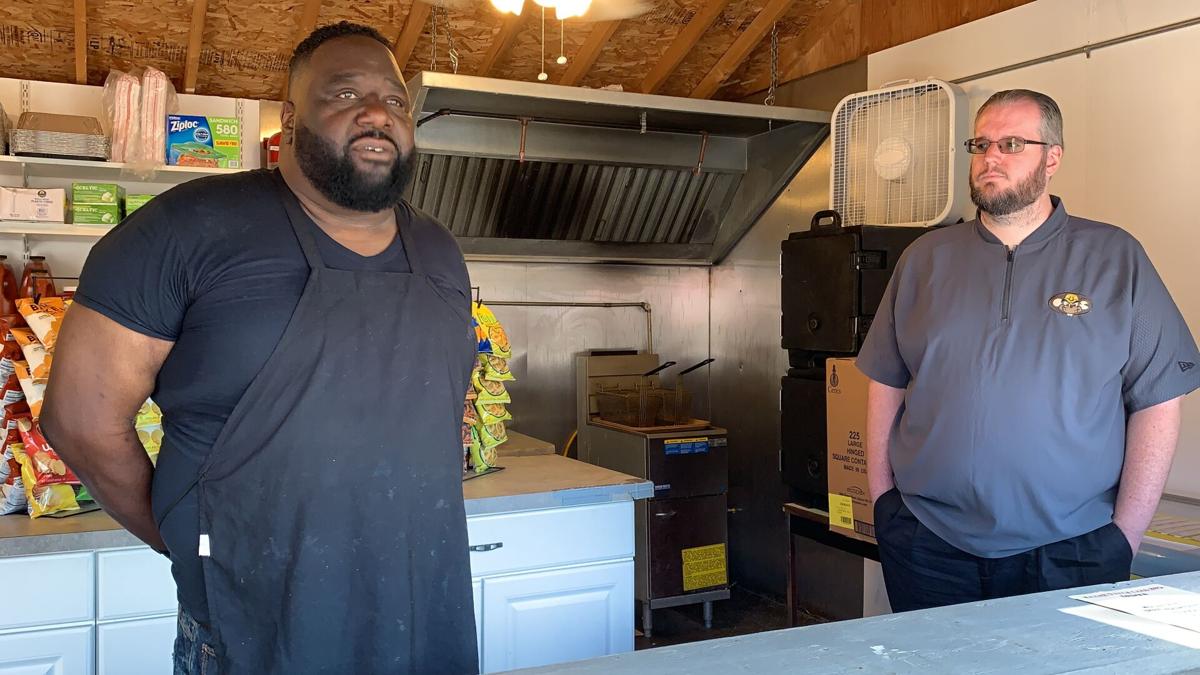 Terrance Ballard, owner of Rayne's Backyard BBQ, displays some of the food he will have for sale at the Roxbury Park concession stand in Johnstown during a press conference on Monday, June 14.

Sports fans, tennis players, runners and anybody looking for a picnic meal or take-home dinner will now be able to grab some Rayne’s Backyard BBQ at Roxbury Park.

On Monday, the Johnstown Mill Rats baseball team, which recently received the concession agreement for the city-owned park, announced Rayne’s would serve food at the concession stand there.

The concession stand will be open from 4 to 8 p.m. seven days a week, along with extra hours during events at the park.

“It’s a great space for them,” said Brennan Mihalick, the Mill Rats’ general manager. “There’s plenty of room around here. There’s seating and so much traffic, so I thought, ‘Why not bring somebody in who can service all of the guests here, as well as provide a new option for the neighborhood?’

“Now, people who like to walk and bike around town, coming home from work, they can stop in at Rayne’s Backyard BBQ right here in Roxbury Park and get some really great food for takeout and come here for picnics on the weekend.”

WATCH VIDEO | Part of our history: For Rayne’s proprietor, barbecue a way to share traditions, connect

Terrance Ballard’s barbecue restaurants are the results of a decades-old dream – and many generations of family traditions.