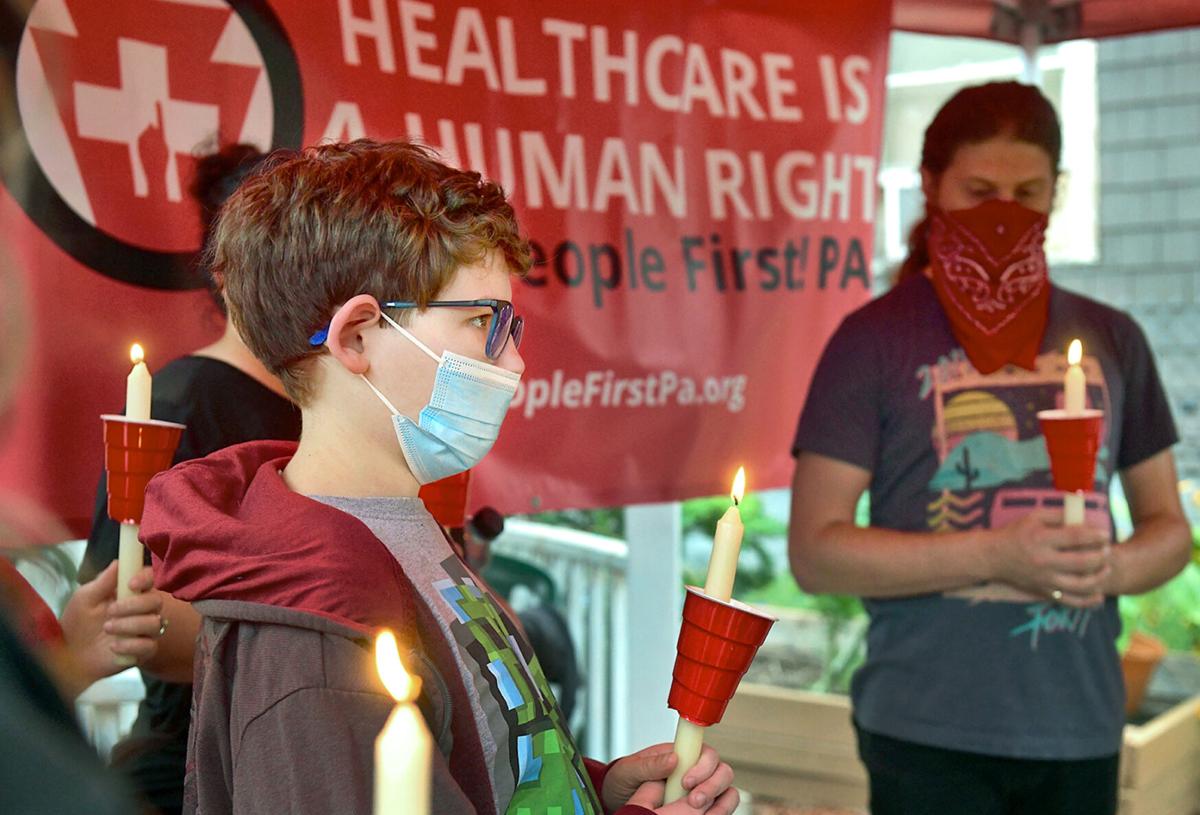 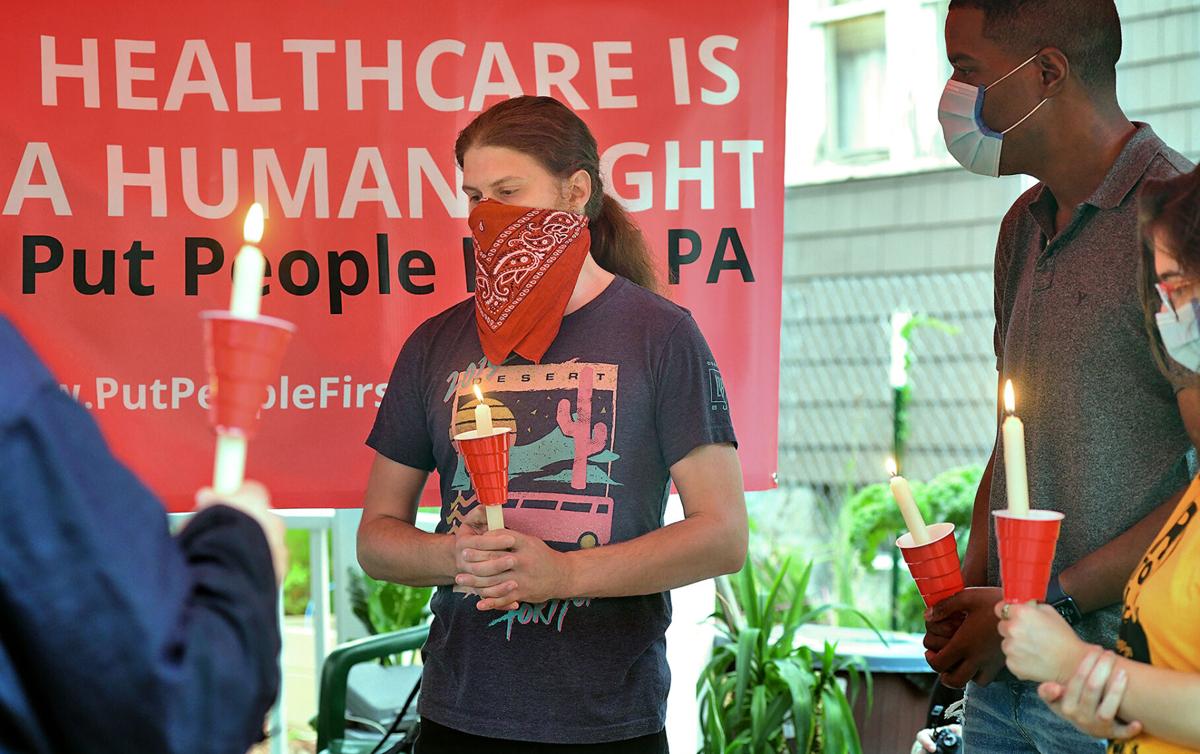 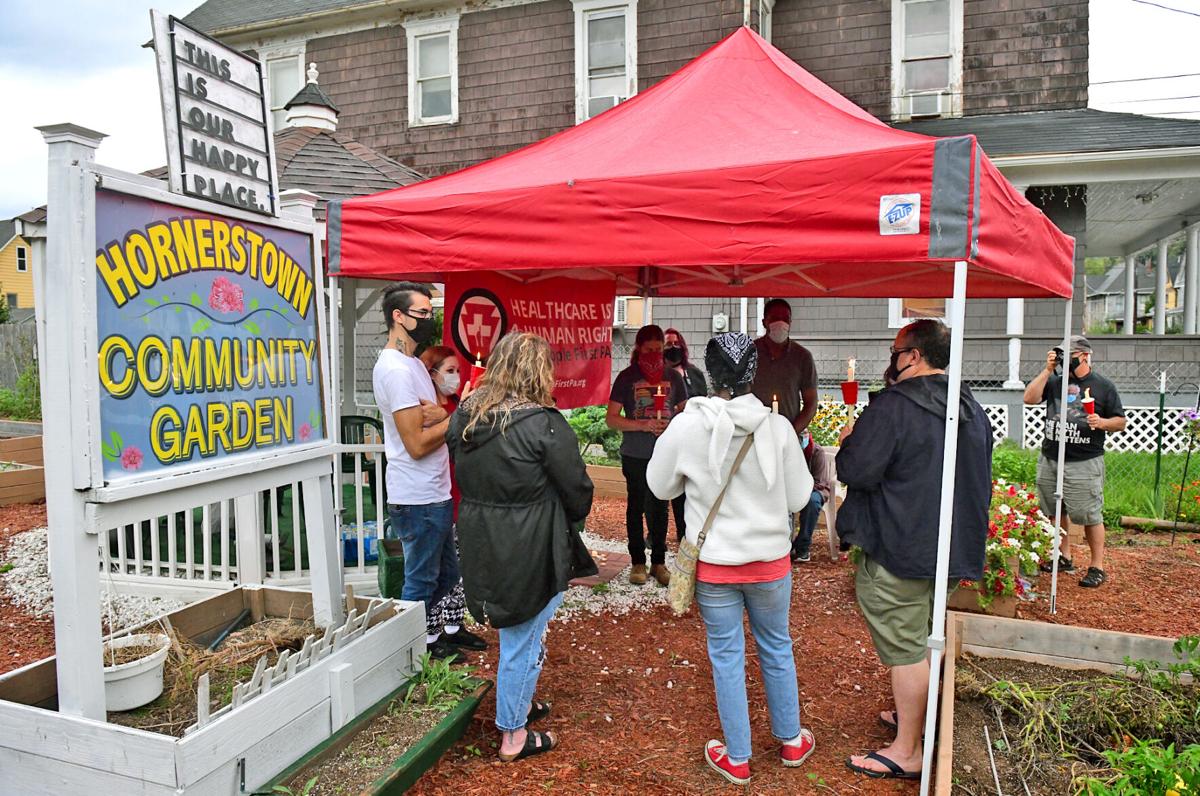 The Johnstown Healthcare Rights Committee of Put People First PA held a candlelight vigil to honor lives lost to due to poverty and inadequate healthcare at the Hornerstown Community Garden on Wood Street in Johnstown on Wednesday, September 15, 2021.

The Johnstown Healthcare Rights Committee of Put People First PA held a candlelight vigil to honor lives lost to due to poverty and inadequate healthcare at the Hornerstown Community Garden on Wood Street in Johnstown on Wednesday, September 15, 2021.

A less-easy-to-quantify number have lost their lives due to issues connected to poverty, such as lack of health care, food and shelter.

On Wednesday, Put People First PA’s Johnstown chapter gathered to remember those individuals during a candlelight vigil at the Hornerstown Community Garden and offer support for the Nonviolent Medicaid Army, which promotes itself as an organization for “the poor and dispossessed – in the fight for health care as a human right, a transformative demand in the context of a system that seeks to profit off of our pain, sickness and death.”

“We really are unifying as poor people to fight for these types of things,” said Madeline Burrows, a Johnstown chapter member.

Participants lit candles and talked about issues affecting the community.

“Poverty kills people in many ways,” Burrows said. “We are denied access to health care, housing, food, and that harms people’s lives to extreme extents. We’re here honoring people we’ve lost and honoring the struggles we’ve also personally been through.”

They also want elected officials to do more to address poverty and the pandemic.

“I suppose it would be true investment by state leaders and those that actually hold the power,” said Ron Moose, a co-organizer of the event.

“That would be why we’re out here trying to challenge them in such a way. We’ve been out here quite a few times over the summer, passing out boxes of food and supplies to folks in the pandemic, trying to sign people up for benefits and things like that, getting them through the loopholes and things like that. I think a lot of it comes down to people in power not using their positions properly.

“I think a lot of that is what it boils down to.”