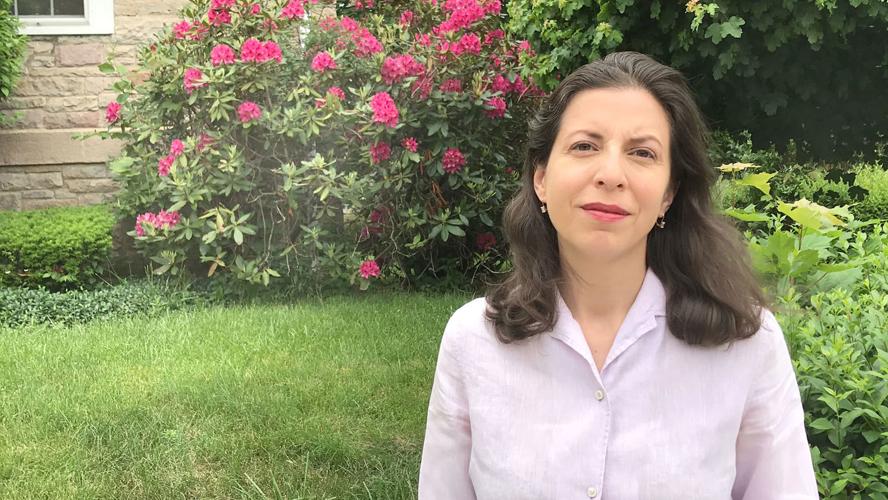 Monica Morrill, of Stoystown, said that President Donald Trump is being treated unfairly by the media and that “saboteurs” are trying to harm him. 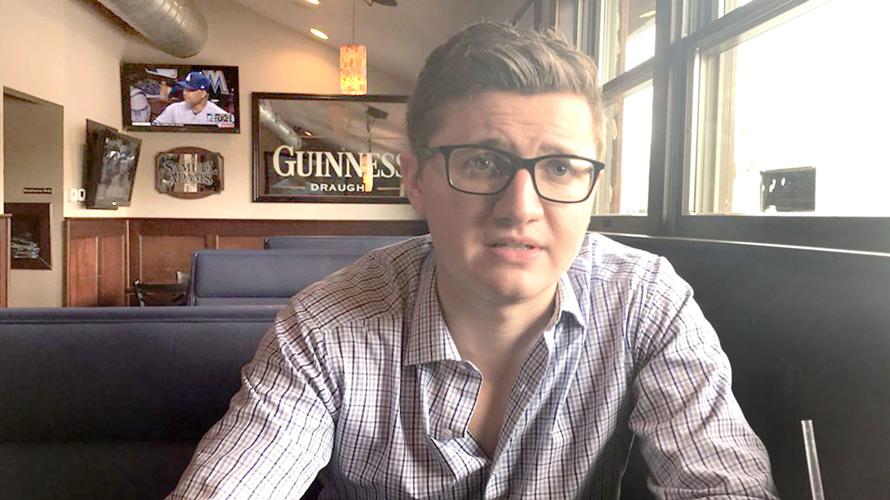 Marcus Mihelcic, an Indiana County resident and 2018 St. Francis University graduate, said he’s upset that voters who say a candidate’s values are important to them don’t seem to see a problem with the scandals plaguing President Donald Trump. 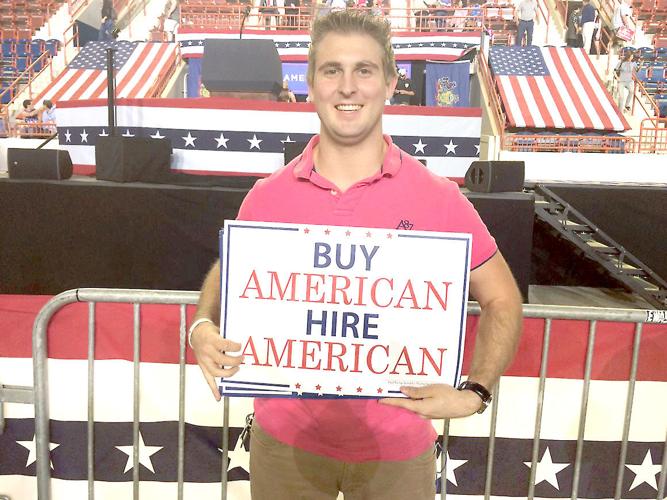 Justin Capouellez, of Stonycreek Township, thinks President Donald Trump’s morals show that he is “loyal and he fights for what he believes in.”

When Monica Morrill was trying to build support for her candidacy to be a delegate to the 2016 Republican National Convention, she would explain her ethical outlook on life from a personal perspective.

Morrill told individuals she has never received a speeding ticket, taken illegal drugs or been unfaithful to her husband – although, as the Stoystown resident now mentions with good humor, she did once accidentally try to enter a federal building with an unloaded and inoperable handgun, forgetting it was in her bag.

She said some people joked about the slow driving and called the gun incident a “badge of honor.”

Others said it was unnecessary for her to mention the fidelity.

But – to Morrill – pointing out her loyalty mattered a lot.

And it is a standard Morrill said she also uses when judging the worthiness of political candidates and elected officials.

Pulse of the voters

This is the second installment of a CNHI local and national reporting project, “Pulse Of The Voters.” The Tribune-Democrat interviewed several local voters, both Republicans and Democrats. Readers are urged to add their thoughts and reactions by posting comments on our Facebook page, writing letters to the Readers’ Forum or sharing thoughts on social media with the hashtag #PulseOfTheVoters. We’ll include some of your comments in future reports.

“I think that’s incredibly important to start,” Morrill, a writer, said during an interview inside Mary S. Biesecker Public Library in Somerset.

Morrill described her ethics as coming from a “Godly point of view.”

“I’m a person of faith,” she said. “If the candidate cannot come forward with the truth that they wish to project in their public service, if they cannot project truth when they’re serving the public, then I believe they shouldn’t serve at all. I think being honest with the electorate is incredibly important.”

Similarly, Justin Capouellez, a 26-year-old Republican from Stonycreek Township, feels his morality “all starts with faith in God and living out the Christian walk as best as one can.”

He, like Morrill, uses standards of morality when forming opinions about politicians.

Pulse of the Voters | Johnstown-area residents back president, say they support truth, character

Justin Capouellez, of Stonycreek Township, thinks President Donald Trump’s morals show that he is “loyal and he fights for what he believes in.”

“Anytime that an individual runs for a leadership position or is looked at as a leader, their values and belief systems are going to determine their action,” Capouellez said. “That’s tremendously important when selecting leaders.”

Capouellez and Morrill are certainly not alone, as many residents of rural south-central and western Pennsylvania consider religion – most specifically Christianity – to be an important and formative aspect of their lives.

Marcus Mihelcic, an Indiana County resident and 2018 St. Francis University graduate, was raised in a mixed Protestant and Roman Catholic household, attending church services for both faiths every Sunday. He then took introduction to religious studies and philosophy classes, which influenced not only his religious beliefs but also his political outlook.

“With that came this existential crisis of sorts where you see that the dogma, and the doctrine and discipline of these two very different faith traditions seem to be at odds with one another, which led me to declare a second major, trying to pursue those things further,” said Mihelcic, who graduated with majors in political science and religious studies, along with minors in fine arts, public administration, paralegal studies and ethics.

Pulse of the Voters | Johnstown-area residents back president, say they support truth, character

“I considered myself a Truthseeker – in the day – as well,” he said. “And, of course, with religious studies, I think that’s a natural component of politics. Politics has always been an extension of morality to me.”

But, overall, Mihelcic said he ranks “issues before the person themselves and how I think they view the world” and looks for candidates who value and understand the importance of science.

Before Donald Trump became president he was secretly recorded saying he tried to seduce a married woman and that “when you’re a star,” as he was at the time, you can do “anything” to women even “grab ’em” by the genital area.

Other presidents, including James Garfield, Franklin Roosevelt, Dwight Eisenhower and John Kennedy, allegedly had affairs. Thomas Jefferson fathered children with a slave, Sally Hemings. Bill Clinton had a sexual relationship with a female intern in the White House.

There have been many non-sexual scandals within presidential administrations, too, including Watergate, Iran Contra Affair, Teapot Dome and Andrew Johnson’s impeachment.

All of those issues raised the questions of what roles character and ethics should play in government.

“I think that’s very important,” Toni Callahan, a retired school teacher, said alongside her husband, retired dentist Robert Callahan, a Republican, inside their Westmont home. “I think if they’re willing to compromise on their values and not tell the truth, who knows what they would do.”

Toni Callahan, a Democrat, said an effective leader needs to possess “a combination of attributes – to be intelligent, to be fair, to be honest.”

‘What he believes in’

Neither Callahan – both of whom describe themselves as moderates – believe Trump is providing a good ethical example and have concerns about his attitude toward women.

Robert Callahan, who described Trump as an “egomaniac” and “narcissist,” voted for Hillary Clinton, while he believed his choice was between “the two worst candidates I’ve ever seen for president.” Robert Callahan said he looks for “honesty” and “trust” in elected officials.

“Trump is an absolutely terrible role model,” Robert Callahan said. “I can’t imagine women voting for him. … As a president, he has a great opportunity to do a lot of good stuff, and maybe he will.”

In comparison, Capouellez thinks the president’s morals show that he is “loyal and he fights for what he believes in.” Concerning Trump’s comments about grabbing women, Capouellez said he “addressed those comments directly during the presidential campaign.”

Morrill thinks Trump is being treated unfairly by the media and that “saboteurs” are trying to harm him.

“If you want to talk about ethics and morality, I think we would have been in big trouble if Hillary Clinton was in the White House,” Morrill said.

But, for Mihelcic, Trump is ethically different than past presidents.

“I think this is a special animal that we’re dealing with – the Trump presidency,” Mihelcic said. “I am still at a point where this isn’t normal, this isn’t how it’s supposed to look. I’m still keeping a running list of everything. I’m yet to throw my hands up and say, ‘Well, you know what, maybe it’s not that different after all.’

“No, I think this is still very, very, very different.”

He also takes umbrage with individuals, who, in his opinion, spent a long time telling others how important morals are in society and politics, as part of the culture wars, but then are willing to casually dismiss allegations made against Trump.

“I think what bothers me is his values-voting kinda supporters don’t see a problem with this stuff,” Mihelcic said.

Both Callahans point to Abraham Lincoln, who led the United States through the Civil War, as a president with good character.

Her ancestor, U.S. Rep. Justin Smith Morrill, was an early leader in the Republican Party and offered Lincoln support in Pennsylvania, a state he won, during the 1860 election, right before the war between the states erupted. Now, Morrill sees the nation as divided more than any time since the Civil War – an environment that is impacting Trump’s presidency.

“And I think he has the ability to function under chaotic circumstances and still make progress, albeit slowly.”

Mihelcic, though, said the Democrats have provided a better moral example in recent years, calling President Barack Obama the “whole package” of decency and intelligence and saying he wants leaders of the “Jimmy Carter mold” of being a good person. Mihelcic supported U.S. Sen. Bernie Sanders, I-Vermont, in the 2016 Democratic Party primary and then Clinton in the general election.

“We won’t always have the white knight, as much as we would like them,” Mihelcic said. “And I think with that, we need to choose very carefully what’s more important to us – the good person, or the person who’s going to advance the interests of America, to stimulate the economy, to boost our morale and to make decisions in our best interests.”

Capouellez goes further back into history when citing an example of who he considers to be a good moral leader – William Wilberforce, a member of British Parliament from 1780–1825, who underwent a conversion to evangelical Christianity and became a leading abolitionist.

“This was a man who started social justice causes before that was even a concept, before it was even accepted in society. … That’s one individual that I look to for inspiration,” Capouellez said. “That demonstrates that you can have solid core commitment to your values and your beliefs, that you won’t be jaded and brushed by the system, and that you can go on to make a difference. But it comes at a price and at a sacrifice.”

Sipping a cup of decaffienated coffee inside Kimmie's Kitchen, a homestyle restaurant at Mundys Corner, Bill Ragley checked off the high points of what he considers to be a successful first 14 months of Donald Trump's presidency.