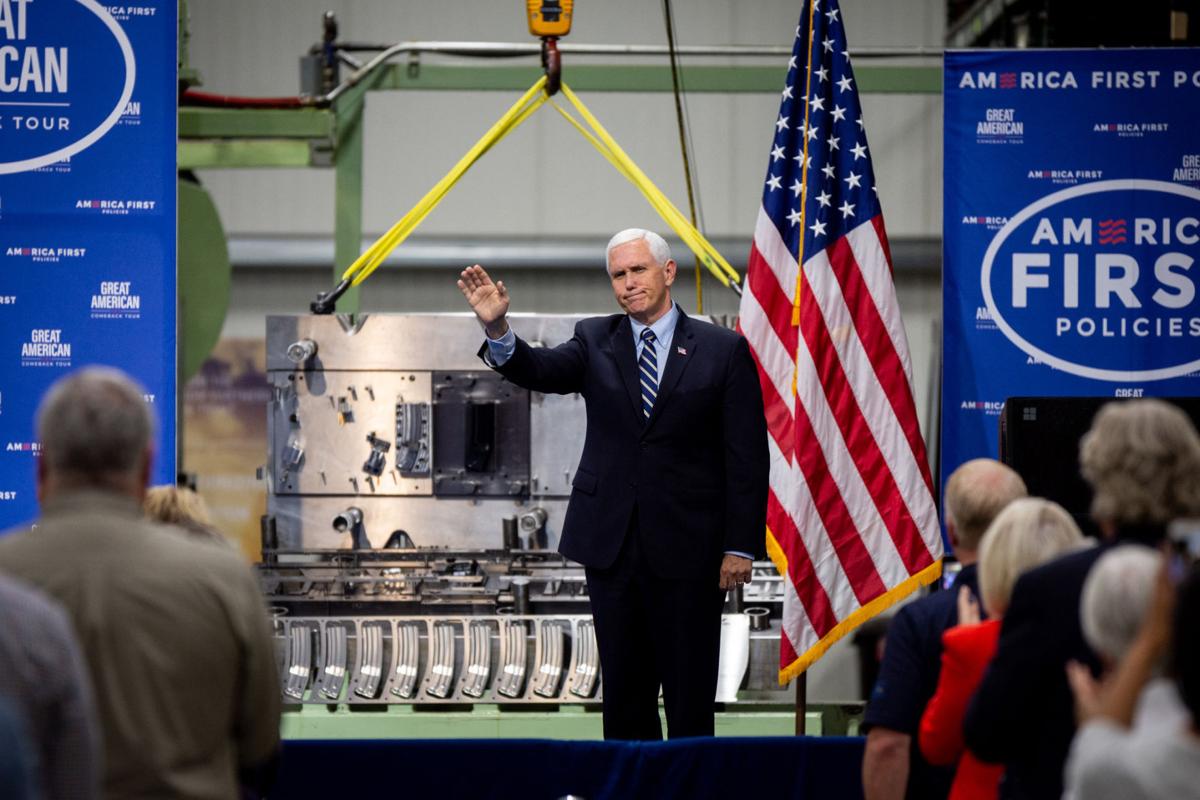 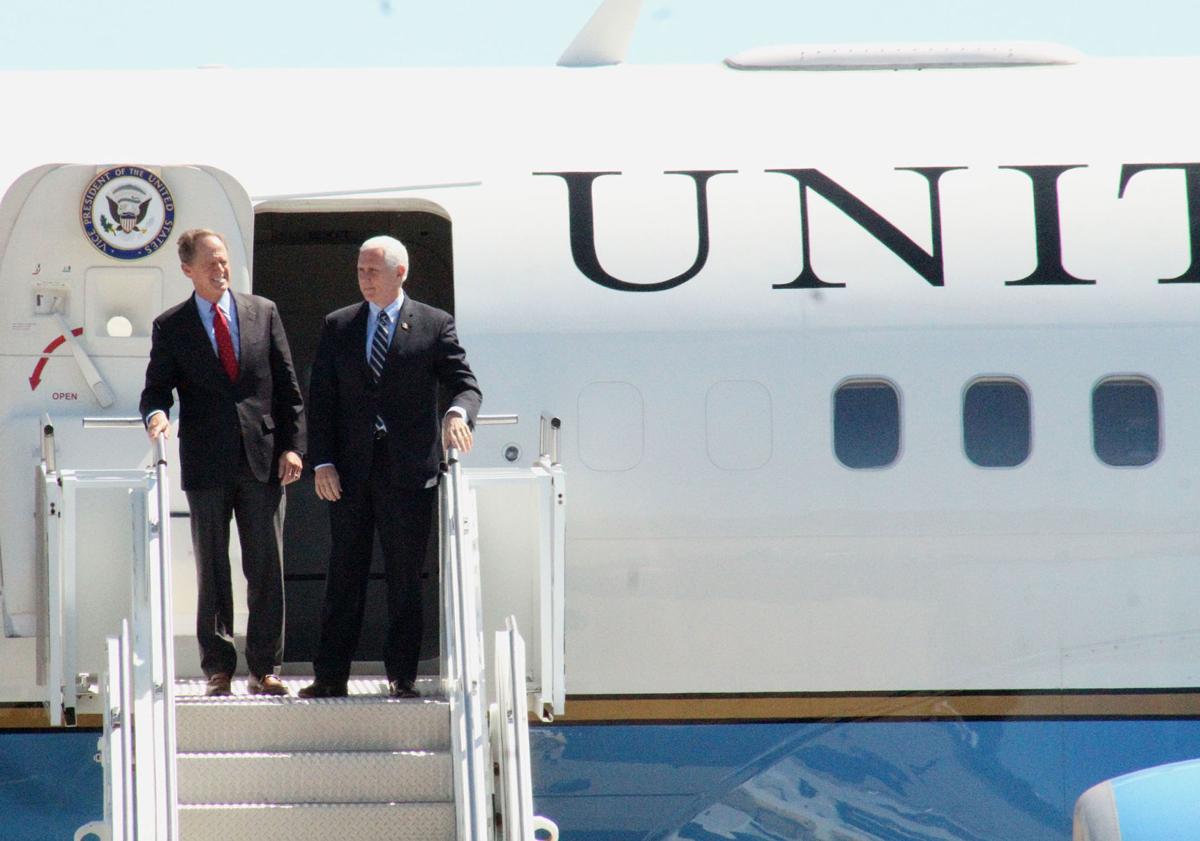 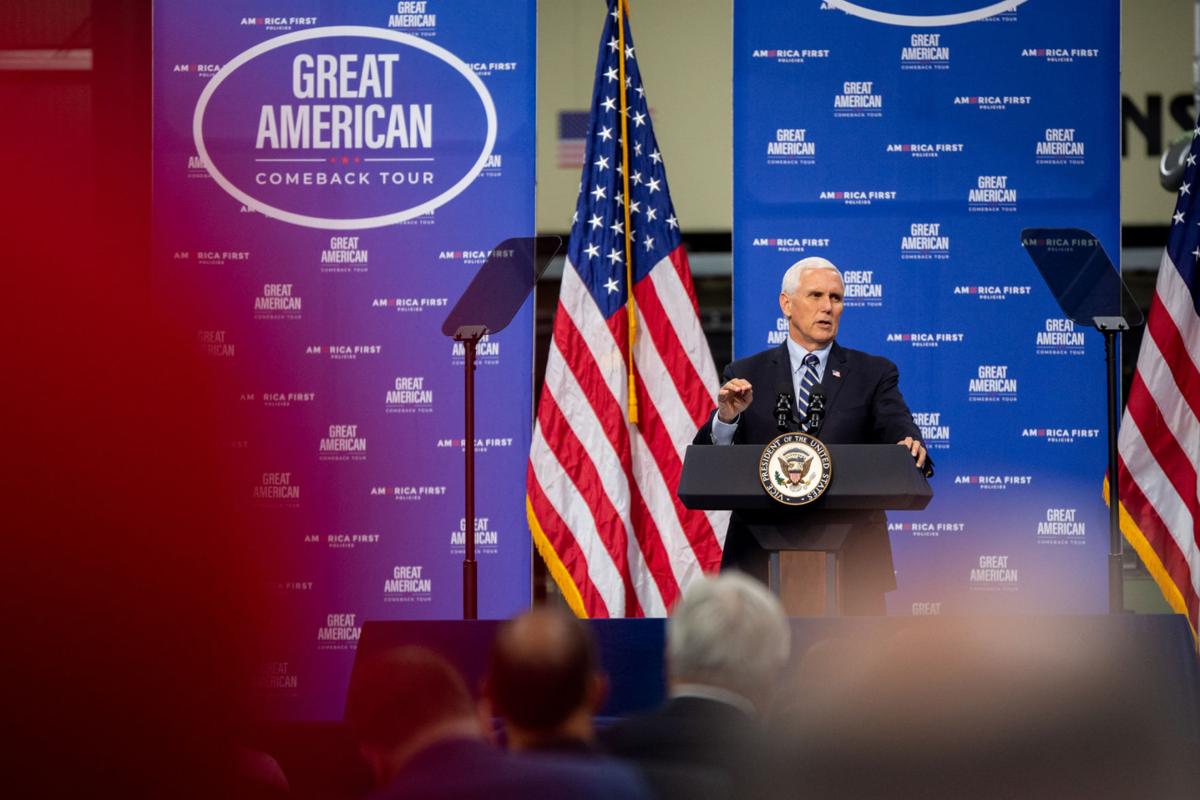 Pence's stop at the Pittsburgh-area manufacturing plant kicked off the President Donald Trump administration's “Great American Comeback Tour," meant to signify the rebound of the U.S. economy as it recovers from the economic effects of the coronavirus pandemic.

“This has been one of the most challenging times in my lifetime, but you kept the industry going,” Pence told a group of roughly 100 employees. “A great American comeback has begun and you are leading the way.”

Pence noted that all 50 states have begun to reopen their economies, and said three-quarters of the country's small businesses have also begun to reopen.

“That is a great testament to the resiliency of the American people,” Pence said. “But this is only the beginning.”

Pence credited Trump with swift action in banning travel from China in January, a move the vice president said played a large role in keeping deaths from COVID-19 far lower than some early estimates indicated.

Pence also saluted the president for bringing industries together in collaboration to help fill a heightened demand for medical equipment amid the pandemic.

As the country continues to recover, Pence said the administration will focus on the economy, specifically manufacturing jobs, as it did throughout Trump’s first term.

Pence said the administration will stand for energy independence, and promised that “the war on coal is over.”

“We will continue to fight every day for advancing American energy,” Pence said.

Pence added that “law and order” will be at the center of the nation’s rebound efforts as he touched briefly on protests surrounding the death of George Floyd, a black man killed by Minneapolis police officer Derek Chauvin.

“What happened to George Floyd was a tragedy, and there is no excuse for it,” Pence said. "But there is also no excuse for the (looting and rioting) that ensued.”

Pence added that the administration will also look into executive action and provide additional resources to help provide police departments with training on deescalation measures and other tactics.

But the vice president mostly addressed the promised economic comeback.

“We are not going to rest until we finish the work,” Pence said. “The great American comeback wouldn’t be possible without Trump, or without the American people – you kept America moving.”

U.S. Rep. Glenn “G.T.” Thompson and Pennsylvania Lt. Gov. John Fetterman might be surrogates for two different candidates in this year's presidential race, but on Friday they clearly shared a common assessment of this year's race.