4 hurt in string of shootings in Pocono Mountains community 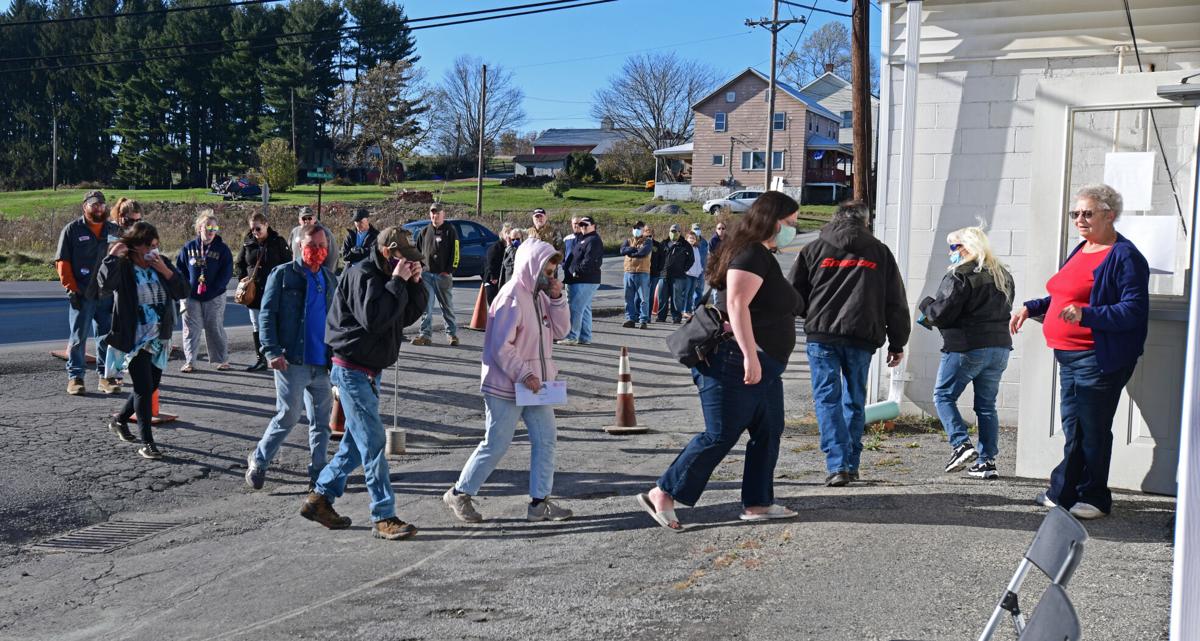 A long line of voters is shown outside the municipal building in Jenners Crossroads, Pa., on Tuesday, Nov. 3, 2020. 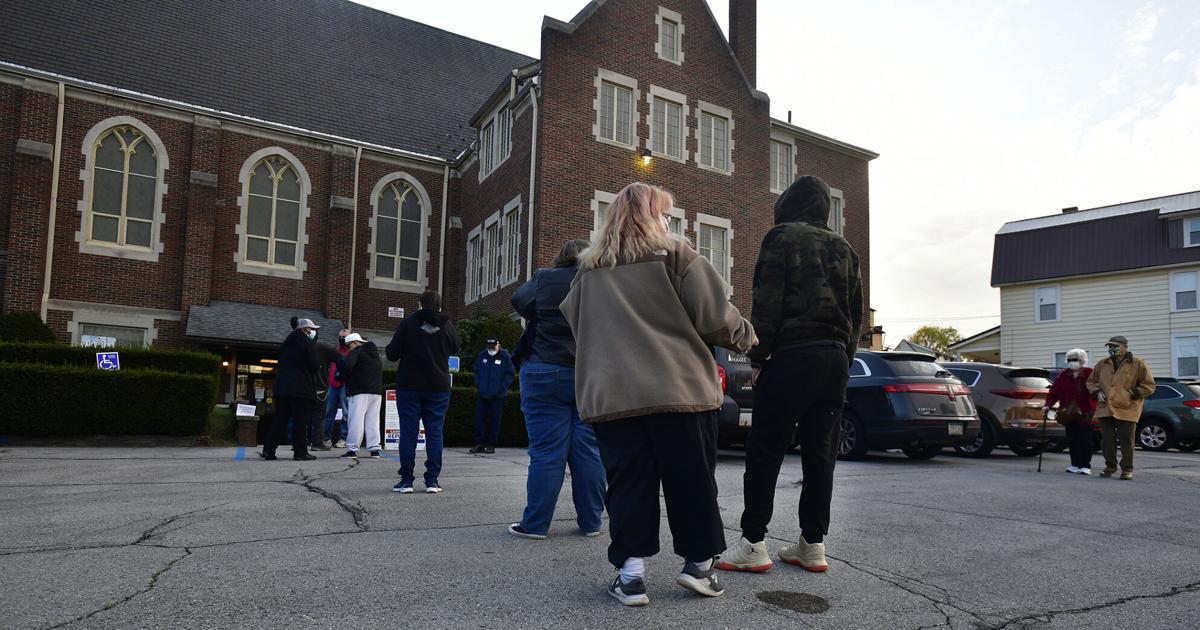 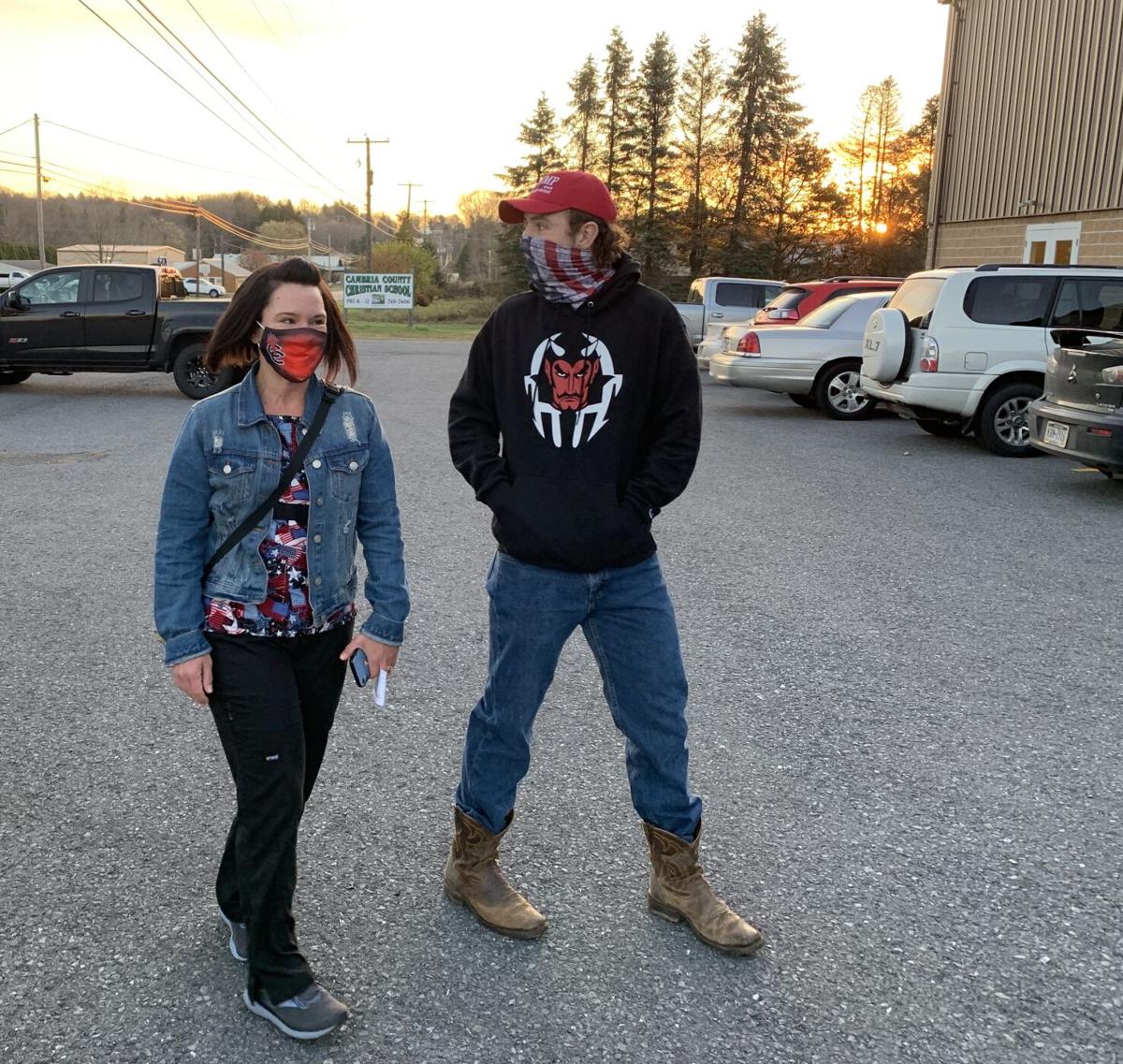 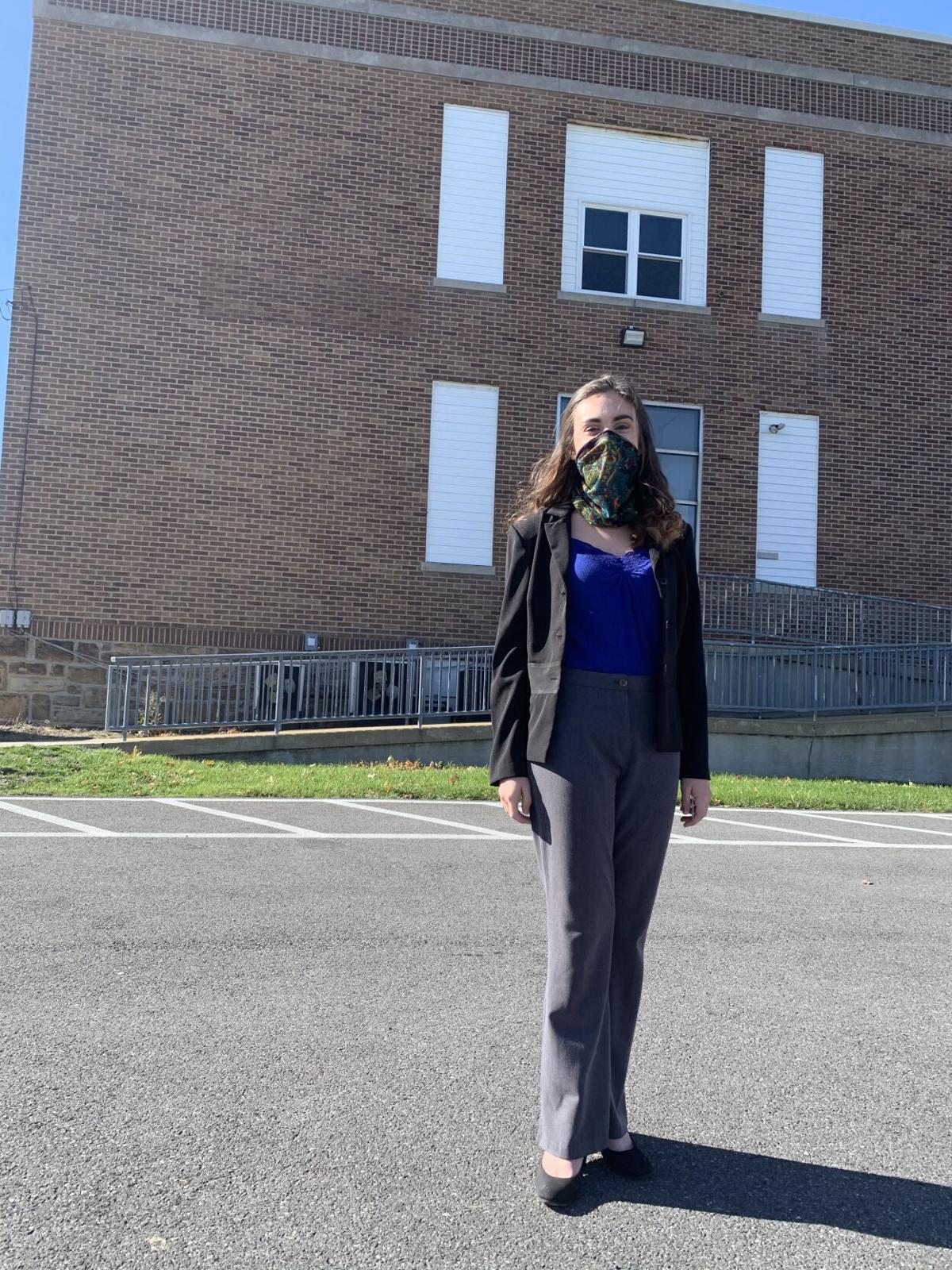 Miranda Weiland, 17, a Cambria Heights High School senior, stands on Tuesday, Nov. 3, 2020, outside the Carrolltown Borough Municipal Building, where she served as a poll worker.

A long line of voters is shown outside the municipal building in Jenners Crossroads, Pa., on Tuesday, Nov. 3, 2020.

Miranda Weiland, 17, a Cambria Heights High School senior, stands on Tuesday, Nov. 3, 2020, outside the Carrolltown Borough Municipal Building, where she served as a poll worker.

First-time voter Eric Mertens had to get to school on time, so he cast his ballot as early as possible Tuesday at Pike Grace Family Center in Mundys Corner.

The 18-year-old Central Cambria High School student and his mother, Holly, were two of about 15 voters who were already lined up outside the polling place for the Jackson Township No. 1 precinct when workers there opened the doors at 7 a.m.

Eric Mertens said as he exited the polling place that casting his ballot felt “pretty good.”

Meanwhile, Debbie Bickford, 61, of Vinco, said she votes in all elections, and Tuesday was one of the first times she's had to wait in line to do so. At 8:45 a.m., her polling place, St. John Vianney Catholic Church, 3513 William Penn Ave., Johnstown, had a line of people that stretched from the door into the parking lot as more voters showed up to participate.

Bickford said she'd been texted several times during the morning with news that St. John Vianney was not the sole location with this occurrence, but that several other polling places in the area had lines as well. The last time she remembered having to wait was when Republican George W. Bush defeated Democrat Al Gore in the 2000 election.

"This one's a lot more contentious," she added.

Mertens and Bickford were two of many voters in the region who got out early Tuesday to cast their ballots in a presidential election between incumbent Republican President Donald Trump and Democratic former Vice President Joe Biden that is expected by local officials to draw a historic level of turnout.

Election directors in Cambria, Somerset and Bedford counties estimated late last week that more than three-quarters of registered voters in their counties may cast ballots. If those predictions bore out, it would be by far the highest level of voter participation in recent memory.

In Somerset County, even though at least 9,720 mail-in or absentee ballots had been received by Friday, the turnout felt just like a typical presidential election, said Tina Pritts, the county’s election director.

"What we're hearing right now is that the polls are all very busy," Pritts said shortly after 12 p.m.

There was a steady line of about 12 to 15 people out the door and down the sidewalk in the morning at St. Peter’s Catholic Church in Somerset, the polling place for Somerset Borough’s southwest precinct, and voters were also regularly arriving at the borough’s other two precincts, at the Somerset County Courthouse annex in the east and at Grace United Methodist Church in the northwest.

“At the very beginning, we were crazy busy,” she said. “We had 70 people within the first, like, 45 minutes, and then they just came in waves after that.”

Teen glad to 'help out'

Weiland, 17, said she decided to become a poll worker so that she could contribute to the election despite not being old enough to vote. According to the Pennsylvania Department of State website, while a poll worker generally must be registered to vote in the county where he or she wishes to work, there are exceptions for 17-year-old high school students.

“I saw a few things on the internet about ways to help out if you’re not old enough to vote – ways to still put your part in for the election,” she said. “Honestly, I really enjoyed it. It was interesting to see all the different people. … There wasn’t much I could do myself, as far as contributing to the election, but I’m glad I was able to help out the people running it.”

Jackson Township resident Mike Woznak, 71, was a few people behind Bickford in the line at St. John Vianney and said he heard the reason for the line was because the voting booths needed to be wiped down after each person used them. He had "mixed feelings" on the situation. Woznak questioned why residents can go to the stores and be elbow-to-elbow with others, but can't wait inside to vote.

Although he's a registered Democrat, Woznak said he planned to vote for President Donald Trump. The reason for that is because he doesn't believe the Democrats did enough for those in Cambria County during the eight years President Barack Obama was in office.

"I just don't think (Joe) Biden's going to do anything for the people here," Woznak said.

Don Evanisko, 51, of Johnstown, had an opposite opinion.

"We've got to get Trump out of office," he said. "I think he's bad for the country."

Biden is not Evanisko's first choice. He thinks that's the case for a number of people with this election – that they're not "necessarily for Biden, but against Trump."

"I would have voted for a paper bag, if I can be brutally honest," Evanisko said.

Evanisko's polling place, 301 Crouse Ave. in the Prospect part of Johnstown, didn't see the same level of turnout as Bickford’s, but a steady stream of voters passed in and out of the building throughout the morning.

Gentry Rogers, 33, of Johnstown, voted in Prospect as well and cast his ballot in favor of Libertarian candidate Jo Jorgensen. Rogers was raised in a predominately Democratic household and believes in the working class, but he doesn't like how the Democrats have acted as leaders in recent years. That’s why he voted third-party.

"I wanted to see someone else do something different," he said.

Rogers said he thinks it's "very vital" that people turn out to vote, as does 21-year-old Tayshaun Carter, of Johnstown.

Carter opted not to disclose whom he voted for, but stated that there's a "big divide in the country" and that he showed up Tuesday to make his voice heard. By voting, Carter said, he hopes to make a difference in the community. A few issues he's concerned about are police reform and social injustice.

Mertens was met at the polls by Cambria County President Commissioner Thomas Chernisky, who on Tuesday continued his usual practice of meeting with several first-time voters in each primary and general election to thank them for exercising their right to vote.

“When you have 18-year-old first-time voters,” Chernisky said, “they’re leaders in their community. It’s a way to get them involved and get them engaged, to follow the process, to be engaged from day one.”

Pritts, in Somerset County, said her office received calls from several voters about "perceived wrongs" – specifically involving political attire within polling places. Some voters complained that they spotted others wearing clothing supporting a candidate – and it prompted them to call the office about it. Others said they were told by someone in the polling station to remove their political garb before entering the office, she said.

Given the fact her office and polling places were "very busy" all day, Pritts said she was not able to sort out and investigate the complaints, which she indicated occurred at a few different precincts.

Pritts said people are discouraged from wearing political garb inside polling stations, but she said she advised poll workers that voters who enter polling places can vote while wearing pro-candidate or pro-party attire as long as they aren't "campaigning or politicking" on anyone's behalf.

There were no indications that occurred as of Tuesday afternoon, she said.

Joshua Byers, David Hurst and Mark Pesto are reporters for The Tribune-Democrat.