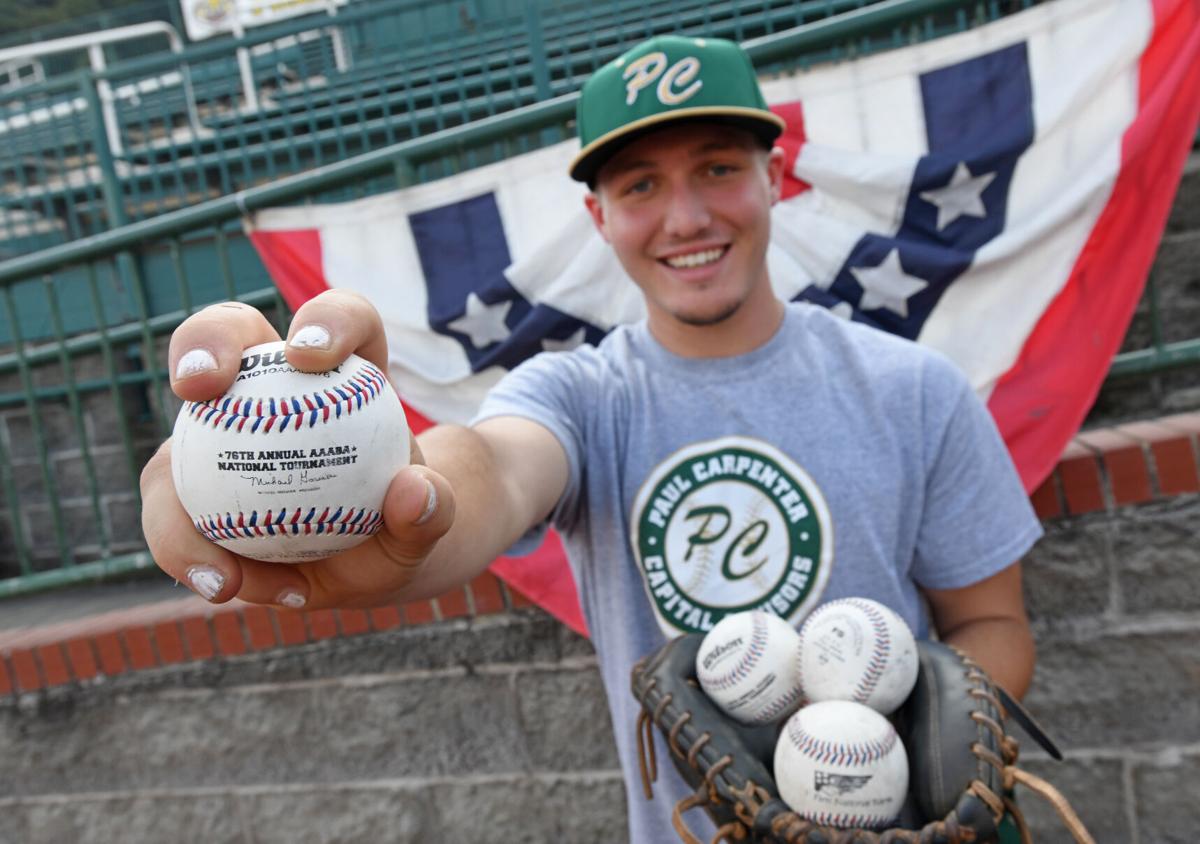 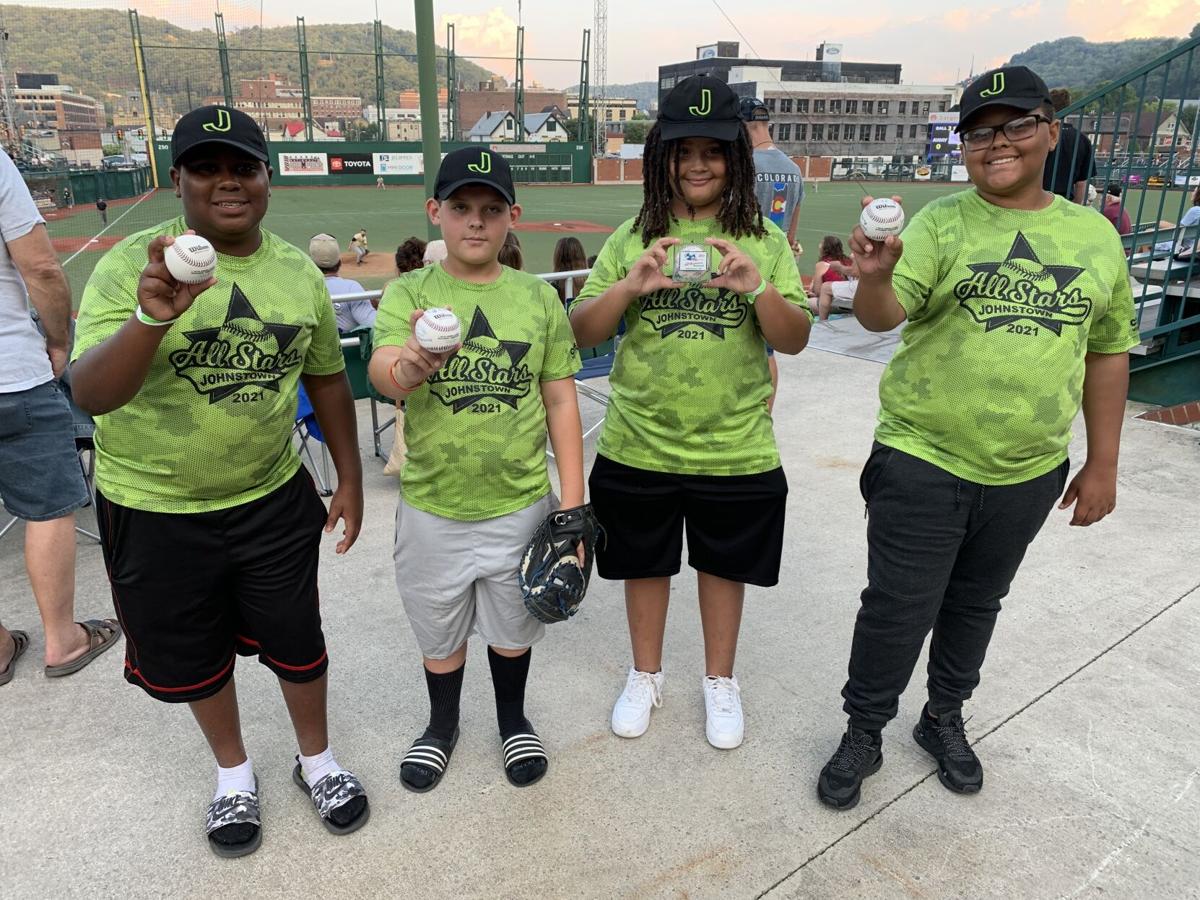 JOHNSTOWN, Pa. – Taybrien Pittman described the moment a foul baseball heads into the stands at a game as a rush of adrenaline.

He added that what’s even more thrilling is beating out everyone else scraping for the keepsake and coming up with it.

“You feel like you’ve accomplished something,” his friend and teammate Brayden Beam said.

Both Little League players snagged stray baseballs during this week’s All American Amateur Baseball Association tournament, along with another teammate, Donnie Rozier.

During Thursday night’s game at Sargent’s Stadium at the Point, during which Johnstown’s Paul Carpenter Capital Advisors faced off against the North Carolina Disco Turkeys, they were ready to catch a few more.

The game balls at AAABA contests are unique compared to a normal baseball.

Each is adorned with red and blue seams along with a stamp of the tournament year, the national tournament president’s signature – Michael Gossner this year – and “AAABA” under the Wilson logo.

Arcurio orders the baseballs every year and has been doing so for more than 30 years.

That works out to about 1,200 units purchased and divided among every game during the weeklong tournament.

The Oldtimers first purchased the unique balls from a company called Anaconda, based in New York, after a participant suggested it some time around the 45th anniversary, Arcurio recalled.

“They said, ‘You know, you should spruce the ball up, and you should start putting the tournament logo on it,’ ” he said.

That was in the early 1990s, and Anaconda supplied their major league-equivalent Trump Stote baseballs for a number of years before Sporting Goods Discounters owner Dennis Salem asked for the opportunity to fill the order.

Arcurio said Salem’s prices were on par with Anaconda’s and gave him the job because he wants to support local businesses as much as possible.

That’s when the group moved to the Wilson brand.

Typically, First National Bank provides monetary support for the baseballs that cost $64 to $65 a dozen, but this year the company covered the entire cost.

Arcurio expressed his gratitude for Salem, Pfeil and the assistance from the bank.

“You get a lot of memories from looking at a ball,” DeAngelo Womble said.

He joined Pittman, Beam and Rozier at Thursday’s game – each toting a AAABA ball signed by all the players from Paul Carpenter.

As the boys looked over the signed baseballs, their eyes lit up at the quality and amount of detail on each one.

“It just feels amazing to have one of these balls,” Womble said.

Bill Yurkovich had a similar look when he snagged a baseball in the fifth inning.

He sat with his wife, Karen, along the upper rows of the first-base line and managed to grab a foul.

That was his first in around 40 years of attending the AAABA games.

“Now I can put it on my shelf,” Yurkovich said. “It’s pretty neat.”

He spoke about the unique collectible with his wife as he turned it over in his hands, noting the different stamps.

“I think it’s cool and something we can put in a case,” Karen Yurkovich said.

She added that, because the baseball is so unique, it could be a family heirloom they pass to their baseball-loving grandson one day.