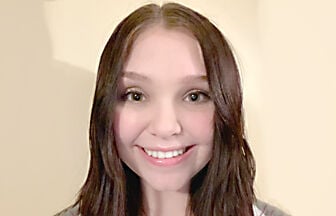 My father, Cliff Smith, served in the first infantry division as an intelligence analyst for the army and believes veteran mental health care is always underfunded “and put last.”

Twenty-two veterans die by suicide every day from mental illness and less than 50% of returning veterans receive any mental health treatment, according to the U.S. Veterans Administration.

“Veteran suicides have heightened because we are not treated for mental health illnesses,” he said.

Active-duty service members and veterans both face barriers to obtaining treatment for mental illnesses. Some of these barriers include having to travel a long distance to receive care, long wait times to receive treatment and a lack of understanding or awareness about mental health treatment.

The biggest reason service members refuse to get treatment is because of certain stigmas associated with mental illness in the armed forces and civilian life.

“Service men and women are fearful of being labeled with having PTSD and other mental illnesses because they are seen as less of a ‘tough soldier,’ ” Smith said.

“To admit that you are suffering from mental illness takes a lot of courage because of the stigma associated with it, like we are ‘crazy.’ This does not help service men and women to be able to be open about the illnesses they are suffering from and get properly treated.”

Mental illness affects how a person feels, acts and thinks – and when left untreated, can lead to inadequate quality of life, lack of control. Mental illness can affect a soldier’s ability to perform in combat or when he or she returns from duty.

“When I left the Army, they did not provide me with a mental health exam or assess how I was feeling mentally, and because of this, I have suffered from PTSD, depression and anxiety,” he said.

He explained that it is important to bring awareness to the mental illnesses that veterans are suffering from and to fix the issues veterans are having to go through in order to receive treatment.

You can support them by donating to your local veterans’ clinic or helping to spread awareness of the importance of seeking treatment for mental illnesses.

If you, a family member, or friend are suffering from mental illness, call 1-800-950-6264 for information about treatment options in your area.

If you are a service member or veteran, you can also call the military on source for access to free mental health treatments at 866-615-6464. If you are a veteran suffering from mental illness and need to talk now, call the veterans crisis line at 844-609-0894.

Sidney Kushner never would have imagined his nonprofit touched so many critically ill children’s lives over the past 10 years.