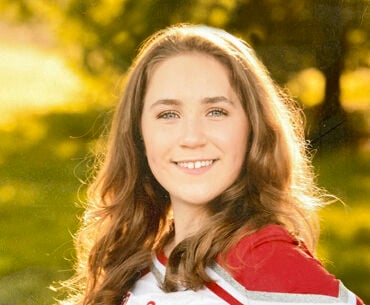 COVID-19 has been relevant in news for almost a year and a half now, and everyone has in some way been affected by the pandemic – from dealing with masks, sanitizing and social distancing to isolation from society and dealing with death.

Along with these issues, there is another, lesser-known topic: Sleep deprivation.

Westmont Hilltop High School student Iliana Miller said that there has been a change in her sleeping rhythm since coronavirus swept the nation.

According to the Harvard School of Public Health, “If you experience continued sleep deprivation, you will develop a condition called sleep deficiency. This is a state in which you cannot make up the many lost hours of sleep. Sleep deficiency increases the risk of obesity, diabetes, cardiovascular disease, depression and even early death.”

The website sleepfoundation.org estimates that about one-third of American adults suffer from sleep deprivation, a problem that they say has worsened in recent years.

Miller said she doesn’t quite have a sleep schedule anymore like she used to.

“I can’t go to bed for long periods of time, and I fall asleep in the middle of the day because I just stay up all night now,” she said.

Miller said she has been experiencing changes brought by the shifting between online and physical school.

“When we were online, it was so much easier because we really didn’t have to get out of bed,” she said. “Now, you know trying to get back to a consistent schedule has definitely been making it harder. I have talked to other people and they all have been experiencing similar problems.”

Miller has recently gone back to physical school and, with all the changes she has had to deal with in the past months, this is just another thing she has to adjust to.

“With online (school), it’s easy for me to get distracted and it’s hard to pay attention,” she said. “After so long getting used to those habits, it’s hard to break them.”

The American Academy of Pediatrics backs up what Miller has been feeling, calling sleep deprivation a “national pandemic” in its 2014 report on tired teens. The AAP said the problem has increased with social media and the pandemic.

Nicolette Deyarmin, a guidance counselor at Westmont Hilltop, said she has noticed changes in teens.

“I think that school can affect student sleep schedules, especially if they are anxious about classwork,” Deyarmin said. “There’s been a lot more responsibility on teens to be doing their work this year.”

She also points to a lack of face-to-face communication among students. Being at home and going back to physical school on and off has really been hard for teens.

“Knowing they could just log onto Zoom,” she said, “they gained that tendency to just sleep in.”

Deyarmin noted steps the school has taken to help teens with their sleep rhythms.

“We have a student service team where it’s me, the other counselor and the school social worker,” Deyarmin said. “We check in with teens that teachers notice are acting different. They may say, ‘Oh, this student hasn’t been showing up to class,’ or ‘This student’s falling behind.’ ”

That way, the school is able to keep track of students better and the student won’t fall behind.

The school also does a weekly attendance check to see which students have been missing school.

“We do this so we can help these teens overcome barriers,” Deyarmin said. “We have collaborative meetings with teachers as well, so we are all on the same page to help the students here at Westmont.”

Social media use has played a role in the lack of sleep for teens. In a 2019 study done by the Lancet Child & Adolescent Health of more than 12,000 teenagers in England ages 13 to 16, researchers found there is a significant link between social media use and mental health.

Teenagers who were on social media sites often throughout the day, at least three times, had poorer mental health and greater distress, the report shows.

“With social media, there is a lot of pressure on teens to turn their phones off at night.,” Deyarmin said. “It can be a good thing to help make those connections with others.”