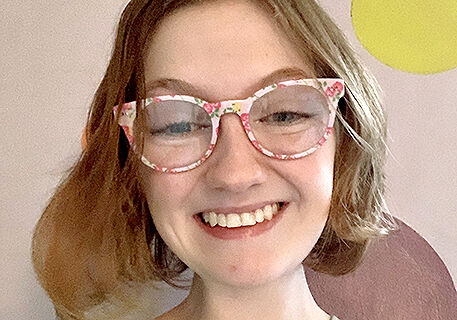 The worldwide COVID-19 pandemic has negatively impacted many people, especially those who had mental illnesses prior to the breakout.

A portion of the mental health spectrum impacted, but not often discussed during this time, is those who suffer from eating disorders.

They have the highest mortality rate of any individuals with mental illness.

There are a considerable number of eating disorders that already exist and some that are still being researched.

However, several have been researched during our current pandemic.

According to an article by Yuki Noguchi, a correspondent based out of NPR’s headquarters, calls to the National Eating Disorder Association are up to 70% to 80% in recent months.

A disorder that is well known and researched through the pandemic is anorexia nervosa, an emotional disorder causing an obsession over weight loss and food intake even if weight is already low.

A survey in the International Journal of Eating Disorders conducted by Cynthia Bulik from the Department of Nutrition at the University of North Carolina at Chapel Hill found that 62% of people with anorexia in the U.S. experienced a worsening of their symptoms after the pandemic started.

Another is bulimia nervosa, an emotional disorder with distortion of body image usually characterized by bouts of excessive eating followed by self-induced vomiting or fasting.

The last and perhaps the most foreign to the average individual is binge-eating disorder, which happens when a surplus of food is consumed without the ability to stop.

Around 10% of the U.S. population suffers from it, including 20 million women and 10 million men, as stated in an article by Carla Cantor, a reporter who focuses on Columbia University’s multidisciplinary research.

These are data that are reported. There is a strong probability that many individuals have eating disorders and aren’t even aware of it, as they don’t know the symptoms or don’t believe they fit the criteria, experts say.

Men and people of color aren’t the typical image of an eating-disorder sufferer. Therefore, they aren’t as often diagnosed.

Similarly, individuals who look healthy or are within their projected weight range aren’t presumed to have eating issues.

Stephanie Parker, a Black woman who suffers with an eating disorder, told Noguchi: “For me, in my head, I felt like ... I don’t fit into any of those categories – so therefore, this is not affecting me.”

The symptoms that are most affected by this pandemic are the ones relating to the use of coping skills when faced with other emotions.

The ordinary person may enjoy comfort foods, or may eat food that he or she enjoys when feeling down. That seems to become a habit for people who are stuck inside their homes for prolonged amounts of time.

However, a person with bulimia or binge-eating disorder might eat an excessive amount of food.

The individual with bulimia might vomit this food, while a person with anorexia nervosa would feel comfort and control through limiting or completely restricting food intake.

During the pandemic, individuals who suffer from any type of eating disorder could and have been showing negative symptoms close to relapses.

Experts remind that it is important to review positive coping skills and to consult a professional if symptoms surface or resurface.

Cassidy Carthew is a senior at Greater Johnstown High School.

If you or a loved one think you might be showing signs of relapse or symptoms relating to an eating disorder, you can seek professional assistance: