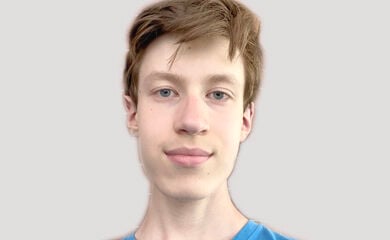 Earlier this year, I ran a state recognized voter registration campaign at Westmont Hilltop High School, giving me the opportunity to talk to many of my classmates about their political beliefs.

I went around to several different classrooms and talked to students about the benefits of voting, and once quarantine started, I reached out to them over social media.

After teaching students how to fill out the online voter registration form, I followed up with them to make sure they received their registration confirmations in the mail.

Opinions fell across the political spectrum; some students were very eager to register to vote, while others took time to question why they actually should.

Throughout this process, I learned that the best way to encourage others to want to vote is by asking students about their own political opinions.

Blacklick Valley High School senior Colton Bartlebaugh will be turning 18 just shortly before the election, but he is already planning on voting as a Republican at his local polling place on Nov. 3.

Colton is aware of the risk that COVID poses on voting in public, but he is willing to take the risk for fear that problems will occur if he submits a mail-in ballot.

“I will be going to the polling place due to not trusting mail in ballots,” Colton said.

“There have been presidential elections where there were too many votes from fake people,” he said. “It may sound like a myth, but I’d rather be safe than risk losing my vote.”

He believes the best way to make polling places safer is to only let a certain number of people in at a time, and to sanitize equipment after each person uses it.

Colton sees voting as one of the first steps toward change.

“I think it’s very important to be involved and start voting as soon as you can,” Colton said.

“We should all want what’s best for our country, and I believe that this starts with voting.”

‘Good to be involved’

Many young people do not vote each year, as they don’t believe their voices are important enough to sway an entire election. Colton thinks differently.

“If everyone had this mindset, then things would never change, and it’s very good to be involved and know what each person is for,” he said.

He won’t let the national election overshadow his enthusiasm for the local elections, though.

“I believe both matter equally,” Colton said. “Things need to change locally as well as nationally so we can keep advancing as a country, starting with small communities.”

Starting his first year at Gannon University this fall, Anthony Constantino plans on majoring in secondary education and to continue supporting the Democratic party.

Anthony has known where he has stood and has been passionate about politics for the past couple of years.

“The 2016 election convinced me to exercise my right,” Anthony said.

Since Anthony values the importance of voicing his opinion, he was registered to vote months before the April 13 primary deadline.

After hearing about Gov. Tom Wolf’s plea to avoid in-person polling places back in April, Anthony quickly re-registered to receive a mail-in ballot, regardless of the warnings some people may offer.

Mail-in ballots are a solution that has been offered to reduce the risk of exposure at polling places, but as elections have never relied on them as much as they do this year, their ability to produce timely and accurate results has been criticized and scrutinized.

The mail -in ballot system was first introduced during the Civil War.

While it has been in practice for more than 150 years, some voters are afraid that mass fraud will be committed, or that their ballots will be lost, or in some cases simply disregarded.

While he trusts in the vote-by-mail system, Anthony recognizes that not everyone is comfortable with utilizing that method.

In order to prevent mail ballot fraud in Pennsylvania, there are several precautions in place.

Each ballot contains an individual bar code that a voter can use to track his or her ballot, and if the ballot does not get recorded as counted, then the voter can simply request a new ballot and cancel the first one.

In Pennsylvania, voters must sign the envelope before they mail the ballot, but if a trained professional realizes the signature does not match a person’s registration signature, they will contact the voter to confirm their identity to ensure the ballot is not being cast on their behalf.

Time to ‘be a voice’

Anthony wants to make sure that everybody remains as safe as possible on election day.

“I would like to see a spaced-out polling place that is well sanitized – or more publicity to encourage people to vote by mail,’’ he said.

Regardless of the uncertainty of the future, Anthony is determined to exercise his rights.

“Voting at 18 years old gives me the opportunity to help be a voice among young Democrats,” said the recent Westmont graduate.

Beyond the national election, he looks forward to being a voice of change within his community, too.

In the early spring of last year, I was selected by the editor of The Tribune-Democrat to serve as a voice for young community members on the publication’s Reader Advisory Committee.