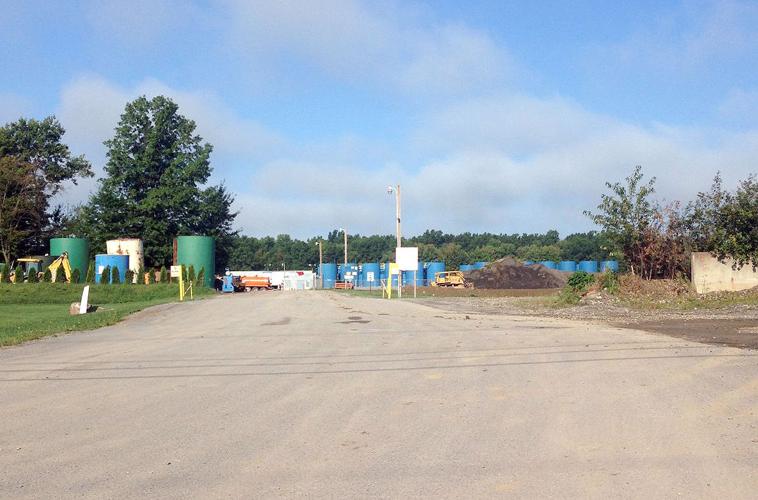 A cluster of injection wells in Vienna, Ohio, imported more waste from Pennsylvania during the first half of the year than 28 other Ohio towns with similar wells. 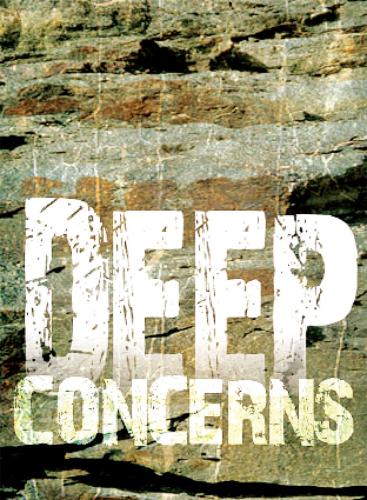 A cluster of injection wells in Vienna, Ohio, imported more waste from Pennsylvania during the first half of the year than 28 other Ohio towns with similar wells.

VIENNA, Ohio – This eastern Ohio hamlet is home to about 1,000 people, a traffic light and a high school. Businesses are few; the only grocery in town closed this past summer.

Less descript is the facility that tethers tiny Vienna to the sprawling natural gas industry across the border in Pennsylvania.

About a mile from the town center, a cluster of five injection wells pours gas drillers’ wastewater deep into the earth. In the first half of this year alone, these wells accepted and deposited underground 350,000 barrels of waste from Pennsylvania – more than 14 million gallons – according to records kept by the Pennsylvania Department of Environmental Protection.

Those numbers don’t surprise residents along a country road that leads from the four-lane highway, Route 82, to the farm that is home to the KDA Inc. injection wells.

The Vienna wells – and more than 200 others like them across Ohio – figure prominently into the natural gas industry’s growth in neighboring Pennsylvania over the past six years.

While drillers treat and reuse 90 percent of their liquid leftovers, according to industry estimates, the remaining 10 percent that gets sent to injection wells adds up. And it’s far easier to dispose of it in the Buckeye State than over the border – so much that last year Pennsylvania exported enough drilling wastewater to this state to fill 200 Olympic-sized pools.

Not that you’d want to swim in any of them. The brine is two- or three-times more salty than seawater. Regulators have found evidence that it contains chemicals leftover from hydraulic fracturing, or “fracking,” the drillers’ process of busting through underground with high-pressure liquid to release stores of gas.

And, environmentalists warn, the wastewater could be radioactive.

Where are the wells?

Pennsylvania’s Oil and Gas Act requires unconventional well operators to submit production reports to the Department of Environmental Protection biannually, however, according to the DEP website, all data is self-reported and the organization does not independently verify the submitted information. In addition, some well locations are listed exactly, while others are listed only by township.

A number of reasons explain why Ohio more readily accepts the wastewater than Pennsylvania, which has just eight active injection wells, according to the U.S. Environmental Protection Agency.

Geology is one. What lies beneath the surface of much of Pennsylvania is not as suited for injection wells. Also, regulators in Ohio monitor the disposal wells in their state and are perceived by some as more friendly toward the gas industry, while federal officials watch over the wells in Pennsylvania.

Those dynamics could be shifting. The longer the gas industry drills in Pennsylvania, the greater the pressure to site injection wells closer to home, no matter who regulates them.

“We have had a significant increase in applications for disposal well permits in Pennsylvania and expect to see more permitted wells accepting waste in the future,” said EPA spokesman David Sternberg.

The drilling industry is growing – and looking for more options to dispose of its waste – but the controversy associated with it has in now way subsided.

New York officials announced this month that they will continue a ban on fracking due to concerns about its impact on health and water quality. In Pennsylvania, Gov.-elect Tom Wolf’s campaign pledge to tax the drilling industry has fueled ramped-up lobbying by the industry, as well as those who believe the state should scrutinize its practices more closely.

The injection disposal wells are especially controversial. Some are blamed for outbreaks of seismic activity – including in eastern Ohio. In some places, environmental fears have stirred sentiment against the wells. In California, for example, officials ordered seven injection well operators to stop working this summer amid concerns that they could be polluting underwater aquifers.

And, the federal Government Accountability Office warned earlier this year that regulators haven’t done a good enough job monitoring wells, or keeping up with states, including Ohio, that have asked to regulate the industry themselves.

Gas drillers' reliance on injections wells isn't likely to slow soon. Even as falling prices cool the industry’s expansion, gas production in Pennsylvania is still breaking records, according to those inside the industry.

Pennsylvania’s wells now serve a fifth of U.S. demand for natural gas. Six years ago, when drillers began digging into the Marcellus region, wells in the state barely met a quarter of the demand from Pennsylvanians themselves, said David Spigelmyer, president of the Marcellus Shale Coalition.

The industry’s red-hot growth has created jobs and fueled the economy of rural Pennsylvania. It’s also led to barrels upon barrels of wastewater, which creates an array of challenges, from where to dispose of fracking’s leftovers to how to deliver them.

Some drillers reuse their wastewater, an alternative they claim is far cheaper than injection disposal, though some environmentalists have expressed concern about oversight of the process.

Those who live in Vienna have an up-close vantage on some of these considerations.

This city, about six miles from the state border, imported the most among the 29 Ohio towns with injection disposal wells accepting Pennsylvania drilling wastewater.

But residents have little voice with what happens at their local wells, said Township Trustee Philip Pegg. They can squawk about safety – and they have – but their complaints are mostly related to traffic.

Worried about trucks on Route 82, Pegg started keeping count of the number of accidents. He stopped after the third serious incident.

Problems begin on Route 82 – before trucks even turn down Sodom-Hutchings Road. Most of the traffic heading to wells makes a left turn off the highway, where there’s no turn lane. Since the trucks regularly travel in caravans, a line sometimes backs up in the passing lane of eastbound Route 82. It’s a recipe for calamity.

After intense lobbying by local officials, Ohio’s Department of Transportation said it plans to add a turning lane on Route 82 next summer, said Pegg.

“Fortunately, we haven’t had anyone killed,” he said.

Then there’s damage to the roads, themselves. While gas drillers must reach agreements to repair local roads smashed up by their trucks, Pegg said there’s no similar requirement for operators of injection wells.

Trucks laden with liquid waste beat potholes into Sodom-Hutchings Road, and the township has no recourse to force the operator to make repairs. The situation has gotten so bad that residents on the street placed a Barbie doll in a large pothole as a tongue-in-cheek warning to motorists.

Bumps in Vienna’s roads can be attributed to Ohio’s relatively relaxed approach to injection wells, and its booming business accepting waste from neighboring states, environmentalists say.

Ohio wells pumped 16 million barrels of waste into the ground in the first three quarters of 2014. Almost half of it came from neighboring states including Pennsylvania.

Kathryn Hanratty, director of water affairs for the People's Oil and Gas Collaborative of Ohio, a citizen's watchdog group, called that a “huge concern.” Environmentalists believe regulators are too “chummy” with the gas industry, said Hanratty, and they’ve asked the EPA to force the state to share more information about its wells.

One reason that Ohio is awash in fracking wastewater is geology.

Disposal wells require a soft layer of rock below the surface to receive the waste, which must be bounded by hard rock formations that prevent waste from migrating.

Those soft layers tend to be deeper below ground in mountainous areas – such as central Pennsylvania – which subjects them to more pressure and makes them less porous, said Jeffrey Dick, a geology professor at Youngstown State University.

But, generally speaking, there is no “geologic reason” that injection wells couldn’t be developed in western Pennsylvania, especially given their proximity to disposal wells just a few miles away in Ohio, said David Yoxtheimer, an associate with Penn State Cooperative Extension who specializes in hydrogeology.

A more significant reason why injection wells proliferate in Ohio is bureaucratic.

Local regulation of Ohio’s wells dates to the 1980s when the federal government allowed states to take on the chore of well monitoring. Ohio took control of its wells, as Pennsylvania left the work to the EPA.

Hanratty wishes Ohio hadn’t made that decision. “It’s proving to be not a good thing, she said.

Lack of information is one concern. While regulators randomly check waste sent to wells, there’s no requirement that drillers document the composition of the liquid, said Mark Bruce, a spokesman for the Ohio Department of Natural Resources.

State inspections have only revealed that the water is extremely salty, he said.

Ohio’s role in taking care of Pennsylvania’s waste was magnified about three years ago. Until then, Pennsylvania drillers sent much of their byproduct to treatment plants.

From 2008 until 2011, more than half the byproduct of wells in the Marcellus region was treated by industrial waste facilities or local sewage plants, which then discharged the wastewater into waterways, according to a report by the Earthworks Oil and Gas Accountability Project.

In 2011, the Pennsylvania Department of Environmental Protection realized that its treatment facilities couldn’t adequately keep up. A year later, it found chloride, bromide, lithium, strontium and radium downstream from a treatment plant that had been handling gas-drilling waste, according to the Earthworks report, which was released in August.

Pennsylvania then clamped down on the liquid waste being sent to treatment plants.

Ohio regulators realized that their neighbor would need someplace to dispose of drilling waste, said Bruce.

That troubles environmentalists. Hanratty said state regulators seem to view “this despoiling of our land as a ‘cash center.’”

Problems yet to be faced

Aside from traffic, Vienna’s wells haven’t elicited such strong reactions from those who live nearby.

Residents along Sodom-Hutchings Road express ambivalence. A family that has lived in the township for generations owns KDA Inc., the well operator. A couple of years ago, they repurposed shallow gas wells to use as injection wells.

The switch has caused some headaches, say neighbors – from traffic and other costs associated with the venture. The site occasionally attracts protesters, said Pegg, which means the town has to send over police for security.

But some neighbors say they think about problems they’ve not yet faced.

Grimes, for one, said he wonders how long the earth can absorb the waste that’s being forced into the wells.

“It’s got to have an effect down the road,” he said.

HARRISBURG – While the price of natural gas has slowed the expansion of the gas industry, its production in Pennsylvania continues to break re…