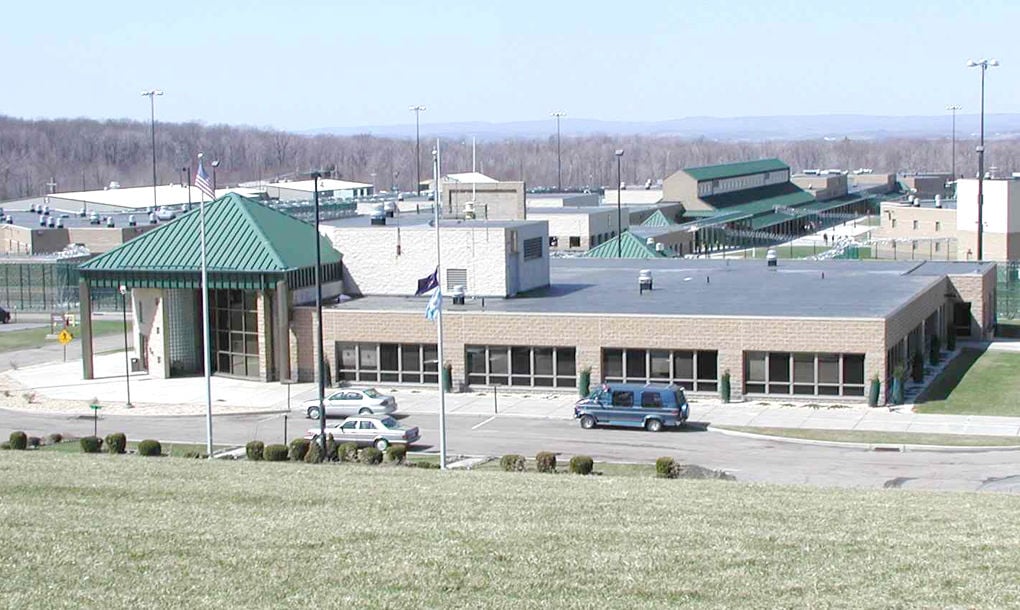 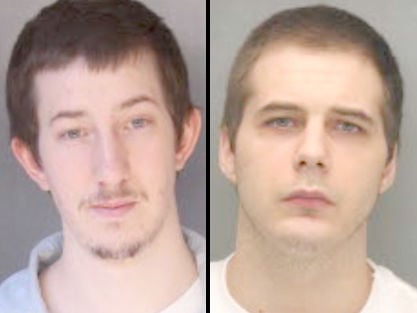 SOMERSET – A SCI-Somerset inmate who stabbed a homeless Army veteran to death in 2013 has been charged with murdering his cellmate, officials said Wednesday.

Perry, 25, was found dead Tuesday morning in the cell he shared with Wakefield. Perry was killed some time between 4:07 p.m. Monday and 11:07 a.m. Tuesday, Greenfield said.

A guard at the State Correctional Institution in Somerset was charged Thursday for allegedly smuggling narcotics into the prison.

According to a search warrant application filed Tuesday afternoon by state police, a guard was collecting meal trays from the inmates Tuesday when he came to Perry and Wakefield's cell. Wakefield allegedly told the guard that his cellmate was "under the bed."

Guards searched the cell and found Perry under his bed with his hands tied behind his back and a sheet around his neck, according to the search warrant application.

Trooper Sondra L. Haberl, who filed the search warrant application, wrote that Perry appeared to have died of blunt force trauma, but Lazzari-Strasiser said that an official cause of death not not yet been issued. The results of an autopsy conducted Wednesday morning are still pending.

Greenfield declined to say whether Wakefield has admitted to killing Perry.

At the time of Perry's death, Wakefield and Perry were both confined in SCI-Somerset's restricted housing unit as a result of previous disciplinary infractions. They had shared a cell for around one month, according to Allen Joseph, a Pennsylvania Department of Corrections public information officer.

Joseph declined to say whether there had been reports of previous disputes between the two men, saying that he didn't want to affect the investigation.

Perry had been serving a sentence of 5 1/2 to 11 years for aggravated assault of a child under 13 years of age, Lazzari-Strasiser said. The York Dispatch reported Tuesday that Perry was convicted in York County in 2015 of "badly beating his then-girlfriend's 18-month-old son," causing brain damage.

Wakefield was sentenced to life in prison without parole in 2014 after he pleaded guilty to first-degree murder in the stabbing death of 71-year-old George Mohr.

SCI-Somerset on lockdown after contraband discovery

SCI-Somerset is under lockdown until at least Monday after contraband was found outside the facility.

Wakefield was walking home from a Doylestown bar early on the morning of July 3, 2013, when he encountered Mohr at a bus shelter. He had spent the previous night celebrating his 21st birthday, according to a 2014 article on Wakefield's sentencing by Bucks County Courier Times reporter Laurie Mason Schroeder.

Mohr said something that made Wakefield angry, Wakefield later told investigators. In response, Wakefield pulled out a pocketknife and stabbed Mohr more than 70 times.

Wakefield has a lengthy criminal history, Schroeder reported, including incidents in which he shot his mother with a pellet gun, threatened her with a knife, tried to burn his house down and jumped out of a prison van while on his way to serve a sentence for assault.

"There were some incidents during his incarceration within the state system, and there were also some within the county," Joseph said. "I believe they were fights and things like that."

One of those incidents occurred while Wakefield was confined at the Bucks County Jail, awaiting trial for Mohr's murder. He stabbed a fellow inmate with a ballpoint pen, Schroeder reported, and later pleaded guilty to related assault charges.

According to Joseph, the Department of Corrections is conducting an internal review to ensure that its policies and procedures were complied with and to determine whether any changes need to be made.

The Department of Corrections has offered its condolences to Perry's family and is working with state police and Lazzari-Strasiser's office "to achieve a successful legal resolution to the alleged crime," Joseph said.

A preliminary hearing for a man accused of killing his cellmate at SCI-Somerset was postponed on Friday after the accused inmate failed to show.