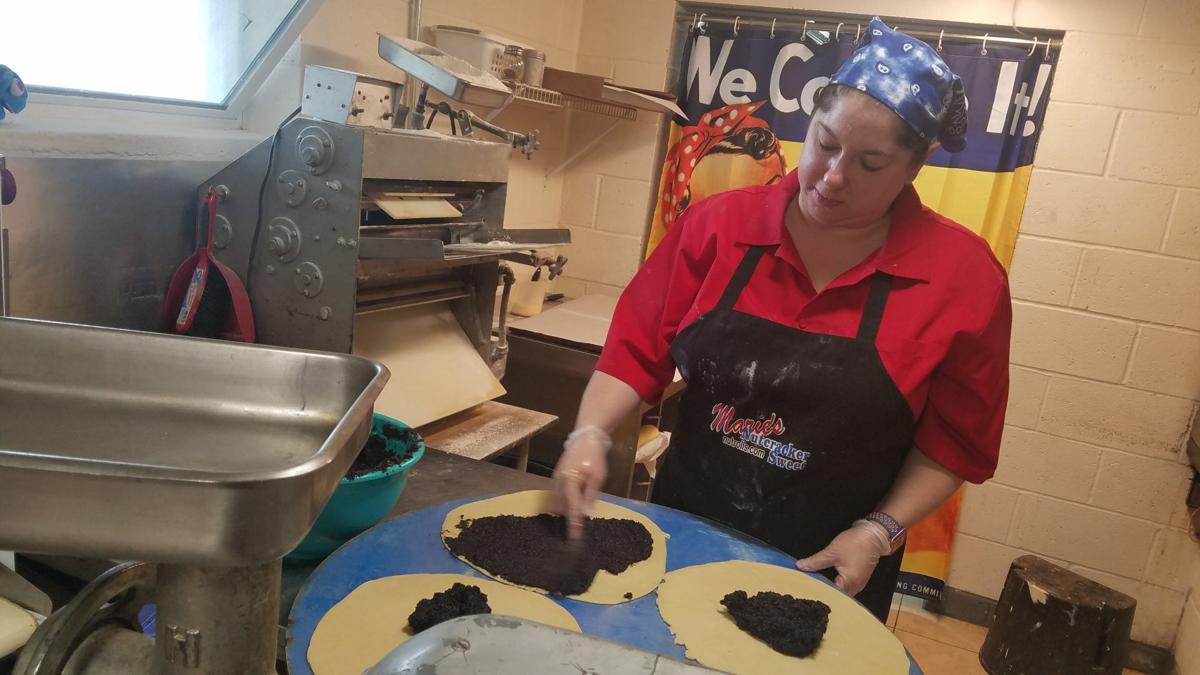 Patrice Folmar inserts the filling for poppyseed rolls inside a kitchen in her mother’s Richland home on Wednesday, Nov. 27, 2019. 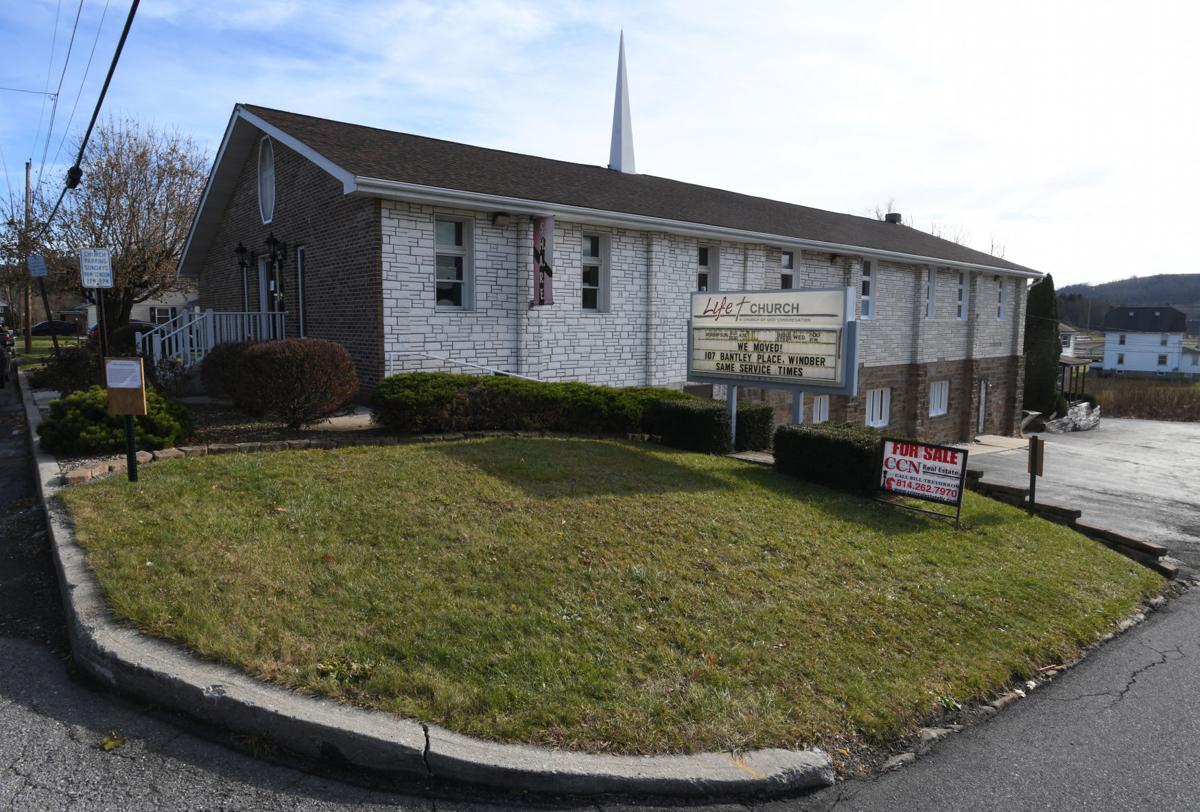 Owners of a Richland nutroll business are hoping to convert Life Church on Jackson Avenue and 24th Street in Windber, shown Nov. 26, 2019, into a bakery.

Patrice Folmar inserts the filling for poppyseed rolls inside a kitchen in her mother’s Richland home on Wednesday, Nov. 27, 2019.

Owners of a Richland nutroll business are hoping to convert Life Church on Jackson Avenue and 24th Street in Windber, shown Nov. 26, 2019, into a bakery.

WINDBER – For years, Patrice Folmar's family has shipped homemade nut rolls across the nation, without much fanfare – or even many orders – here at home.

Marie's Nutcracker Sweet has served customers from inside an addition to her parents' Richland Township home for decades. But, the family's operation is often at capacity trying to keep up with orders through their nutrolls.com website and a national catalog that carries their ethnic sweets, she said.

That could change soon.

Folmar and her husband, Andrew, have cleared a key hurdle needed to open a bakery inside a former Jackson Avenue church in Windber, gaining a conditional use permit recommendation from the borough's planning commission.

If Windber Borough Council gives the permit final approval, they would have the opportunity to open a 1,200-square-foot commercial kitchen inside the former Life Church, as well as an office and customer-service area.

"It's exciting," Patrice Folmar said. "We're at the point where we've had to limit orders – and we don't advertise in the Johnstown area – because with the kitchen we use now, we had a major obligation to fill our shipping orders."

If all goes as expected, the bakery would be able to have a retail presence, allowing customers to stop and buy the Folmars' signature nut, apricot and poppyseed rolls – as well as products with a modern twist, such as pineapple cream cheese and raspberry walnut, she said.

The conditional-use permit is required because the 2400 block of Jackson Avenue is an "R-2" residential zone, which otherwise excludes most businesses.

But the Folmars and their attorney, David Raho, told planning commissioners they would operate the retail business as a 9 a.m. to 6 p.m. operation, at most, and planned to keep the church's facade the same, aside from replacing its signage with their own.

A side entrance on 24th Street – not the main entryway on Jackson Avenue – would serve customers. Traffic and deliveries would be directed to a private parking lot, the couple said.

After the planning board made the Jackson Avenue parking restriction a required condition for the permit, borough neighbors who attended the hearing indicated they wouldn't object to the business.

"Other than the aroma from the bakery ... I won't have a problem with it," Jackson Avenue resident Pat Berkey said with a laugh, indicating the shop's presence will fill her backyard with the sweet smell of pastries.

Patrice Folmar told the board she plans to bake during the day.

The shop would be at its busiest during the holidays, she added, saying 10,500 rolls were sold during the fourth quarter of 2018.

Efforts were also made Monday to clear up a stormwater runoff problem between the property's current owner, Life Church, and Berkey's family, which the parties indicated was resolvable through an escrow that could be used to replace an existing pipe in the spring.

CCN Real Estate's Bill Trevorrow, who is brokering the deal to transfer the church to the Folmar family, said the funding would be used to ensure a contractor to make any needed repairs, while also enabling the property transaction to proceed.

Life Church moved to a larger Scalp Level location over the past few years to provide room for its growing congregation.