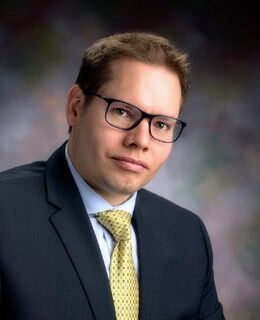 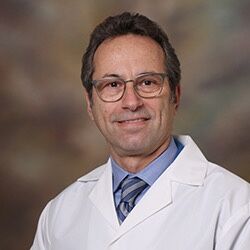 Cancer of the colon or rectum, known collectively as colorectal cancer, is the fourth-most diagnosed cancer group in the United States and the third-leading cause of cancer deaths in men and in women.

The National Cancer Institute of the National Institutes of Health estimates that almost 148,000 people will be diagnosed with colorectal cancer this year and there will be more than 53,000 deaths. The disease is slightly more common in men than in women, striking one in 25 men and one in 23 women.

The good news is, there are several types of screenings to identify the cancer in its earliest stages and improve the chance of survival.

“We know that screening does save lives,” said Dr. Daniel Sarmiento, a colorectal surgeon at UPMC Somerset.

First introduced in 1969, colonoscopy is the most accepted, proven method of diagnosing cancers in the colon or rectum. Doctors feed a long tube, known as a colonoscope, into the rectum and colon, which connect to the large intestine. A tiny camera shows the surgeon any small growths, or polyps, that sometimes become cancerous. Instruments on the colonoscope can remove the polyps for diagnosis with pathology.

Experts have learned that some people don’t get screenings because of the uncomfortable description of a colonoscopy.

“For those who are squeamish about colonoscopy, there is a Cologuard test,” said Dr. David Blumberg, a colorectal surgeon at Conemaugh Memorial Medical Center in Johnstown.

“It is a stool test that is DNA-based, so we can look for polyps and cancers. It really detects the presence of certain cells that are present in cancers and precancerous polyps.”

A third option is the virtual colonoscopy, done from outside the body with computed tomography imaging of the colon.

Cologuard and virtual colonoscopy can be useful in identifying early cancer, Sarmiento said, but if they don’t replace the tried and true colonoscopy.

“If you find a polyp (with the other screening tools), you are going to recommend that the patient get a colonoscopy anyway,” Sarmiento said. “So all the roads lead to colonoscopy.”

Studies show almost two-thirds of colorectal cancer deaths could be prevented with widespread screening. Screenings have been recommended beginning at age 50 for those with average risk factors, but several medical organizations now say those 45 and older should get screened.

Both Sarmiento and Blumberg recommend screenings for those 45 and older to find the cancer in its earliest stage.

“Unfortunately, a lot of people do present late,” Blumberg said. “That’s why the colonoscopy is so important.”

Although most colorectal cancer is diagnosed in older people, doctors are seeing an alarming increase in those in their 20s and 30s, Blumberg said.

“We don’t understand why it’s happening, and they are delaying diagnosis because they think it’s a benign problem,” Blumberg said.

Doctors urge anyone with warning signs to talk to a primary care physician about possible colorectal disease.

Warning signs include a persistent change in your bowel habits, such as diarrhea, constipation or a change in the consistency of the stool; rectal bleeding or blood in the stool; persistent abdominal discomfort, such as cramps, gas or pain; feeling that the bowel doesn't empty completely; weakness or fatigue; and unexplained weight loss.

“If they ignore it, it can grow into a lot of different organs and cause very severe disability as well,” Blumberg said.

Caught in its early stages, colon or rectal cancer can be removed with minimally invasive techniques. For more advanced cancer, however, surgical treatments may require removal of part of the colon or rectum, which may include a colostomy.

A colostomy brings one end of the large intestine out through the abdominal wall, where it connects to a pouch, or colostomy bag, to collect feces. The bag can be temporary and used while the colon heals. Those with more extensive surgery may require the bag permanently.

Another complication is erectile dysfunction, which Blumberg says affects about 10% of men who have colorectal surgery. The complication is the result of nerve damage in the pelvic area.

Advances in surgical techniques reduce the need for more extensive surgery and reduce the risk of nerve damage, Blumberg said.

At Conemaugh Memorial, cancer often can be removed through robotic surgery.

“What that provides us is the ability to make small cuts – no bigger than two inches,” Blumberg said. “Our patients are in the hospital for two or three days and out the door. A week later they are feeling ready to go to work.”

Traditional colorectal surgery could require an 18-inch incision and lengthy recovery, he said.

“We have greater magnification to see the nerves and prevent erectile dysfunction,” he said.

Smaller cancerous polyps can be removed during a colonoscopy or with minimally invasive surgery. Conemaugh’s new interventional gastroenterologist, Dr. Gebran Abboud, can remove some larger tumors during a colonoscopy that would have required surgery in the past, Blumberg said.

“We have a comprehensive care program for colorectal cancer,” he said. “What we are talking about is not just curing patients through our multidisciplinary approach, but we also focus very much on quality of life and functional issues.”

Early treatment of a heart attack can not only save the patient’s life, it can prevent future damage to the heart and ward off long-term heart disease.

The following are warning signs and risk factors for colorectal cancer:

A persistent change in bowel habits, including diarrhea or constipation or a change in the consistency of the stool.

Rectal bleeding or blood in the stool.

Persistent abdominal discomfort, such as cramps, gas or pain.

A feeling that the bowel doesn't empty completely.

African-Americans – about 20% more likely to get colorectal cancer.

Low-fiber, high-fat diet – some studies have found an increased risk for diets high in red meat and processed meat.