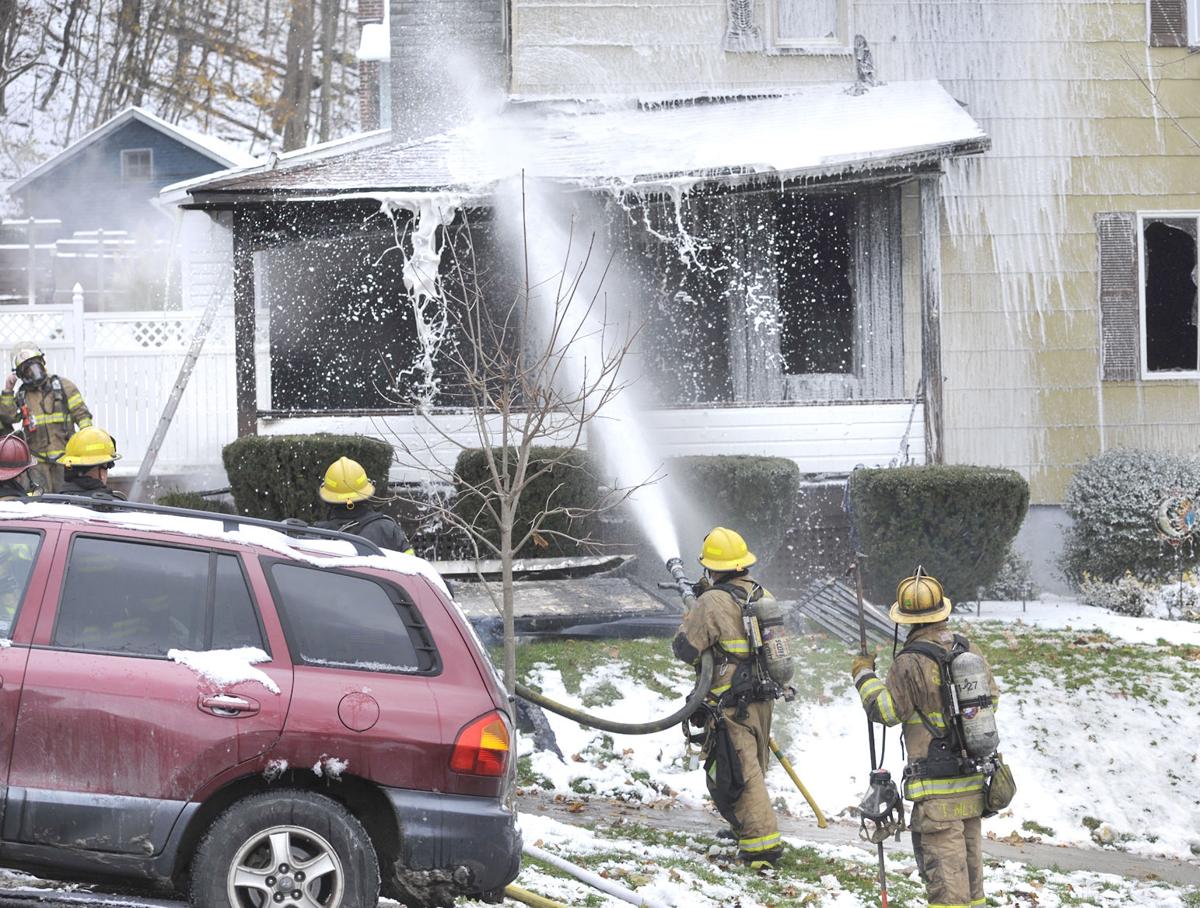 Volunteer firefighters spray foam on the front porch roof of a house in the 200 block of Ogle Street in Ferndale Borough on Monday, Nov. 21, 2016. 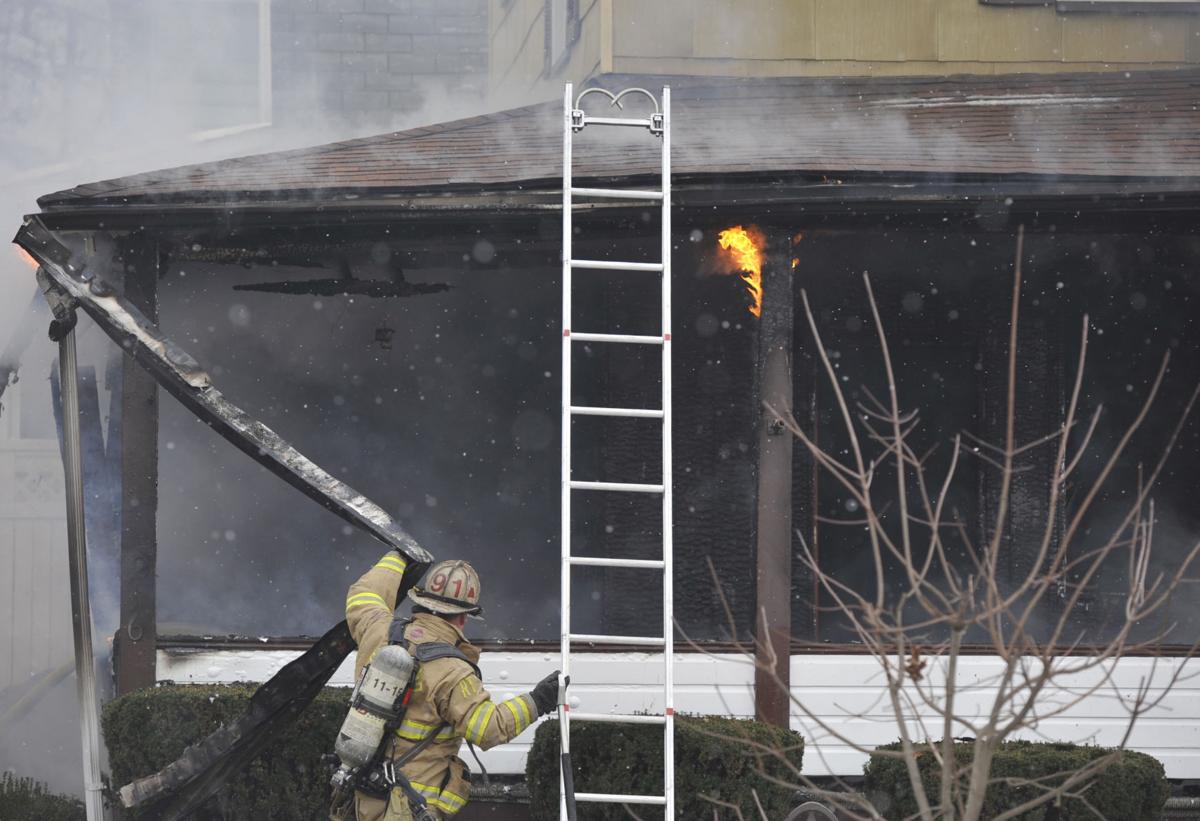 Volunteer firefighters spray foam on the front porch roof of a house in the 200 block of Ogle Street in Ferndale Borough on Monday, Nov. 21, 2016.

Two people escaped – thanks to a local mailman – as a house fire caused extensive damage to the front porch and first floor of a Ferndale Borough home Monday afternoon.

At 12:41 p.m., firefighters from West Hills, Johnstown, Southmont, Riverside and Upper Yoder responded to the 2 1/2-story home of Robert and Helen Rucosky, where flames could be seen coming from the front porch.

Postal Service carrier Matthew Lamb of Johnstown said he could smell smoke when he delivered the Rucoskys’ mail, but attributed the scent to a woodburner or other heat source.

Moments later, he was delivering a package on a nearby street when he saw flames coming from the Ogle Street home and called 911.

According to West Hills fire Chief Don Blasko, a preliminary investigation showed that something hot from the kitchen that was placed on the porch started the fire.

After the fire was extinguished inside the home, firefighters could be seen taking off the front porch, where Blasko suspected more material was still smoldering.

Blasko said the state police fire marshal will come in to determine exactly what started the fire.

After knocking on the door and helping Helen Rucosky out of the home and calling 911, Lamb said he learned that the Rucoskys’ grandson, Adam, was upstairs sleeping when the fire broke out and started looking for alternative entrances to the house.

When he heard cries for help, Lamb said he was able to catch Adam Rucosky as he climbed out a window.

Robert Rucosky, who is known by many in the Ferndale community for serving as a Ferndale volunteer firefighter and as Ferndale Borough Council president for more than 20 years, was not home at the time, but saw fire trucks near the home and drove up to the scene.

A family member said the couple did have insurance on the home and were planning to host their family’s annual Thanksgiving dinner later this week.

Lamb, who stayed with members of the Rucosky family until fire crews arrived, then returned to and finished his regular route, saying he was just at the right place at the right time.

“I always try to help people out,” he said, whether it’s helping people carry groceries or change a flat tire. “Things can be replaced. I’m just glad they’re OK.”

A Go Fund Me account has been established for a Johnstown woman who was badly injured Sunday when her Oak Street home burned down.

A Johnstown postal carrier was recognized on Thursday for his efforts to save a woman and her grandson from a burning home in Ferndale on Nov. 22.

Matthew Lamb was a man of few words after receiving National Hero of the Year Award at the National Association of Letter Carriers' luncheon on Wednesday.