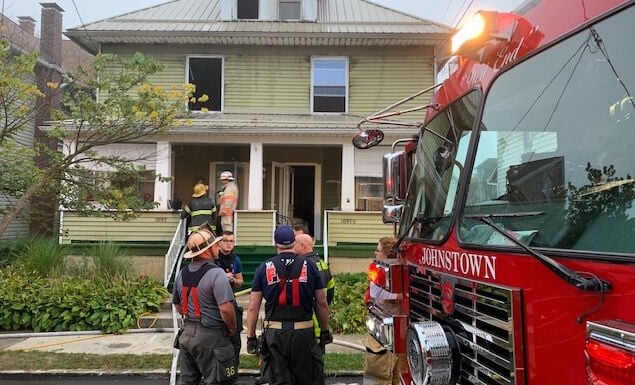 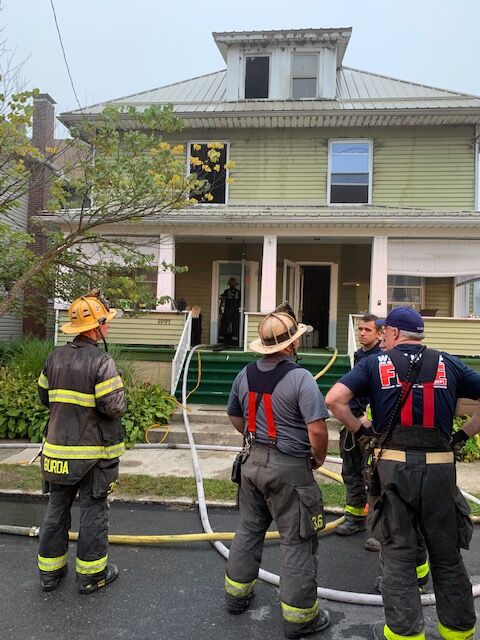 A Johnstown woman was found dead inside an 8th Ward duplex destroyed by fire early Sunday, and a state police fire marshal is investigating.

Johnstown Fire Department was sent to the 1000 block of Edson Avenue before 4:30 a.m. after 911 was contacted by a resident at the property who reported a woman was trapped inside the burning home, fire Chief Robert Statler said.

“Fire was visible from the outside, and there was heavy fire on the second floor,” Statler said, noting that firefighters battled the blaze from both inside and outside the house.

The home is a duplex, and damage was visible on a side of the structure that was marked as condemned.

Cambria County Coroner Jeff Lees said two people were able to escape the opposite side and were treated at Conemaugh Memorial Medical Center.

But a woman in her 30s was not able to flee, Lees said.

He said firefighters found her body in her upstairs bedroom.

Her identity was not released.

An autopsy was planned for later Sunday to determine her cause and manner of death.

In conjunction with Johnstown Police Department, Greensburg-based State Police Fire Marshal Chet Bell said efforts were also underway to determine where the fire occurred and what sparked it.

That part of the investigation might take several days, he said at the scene.