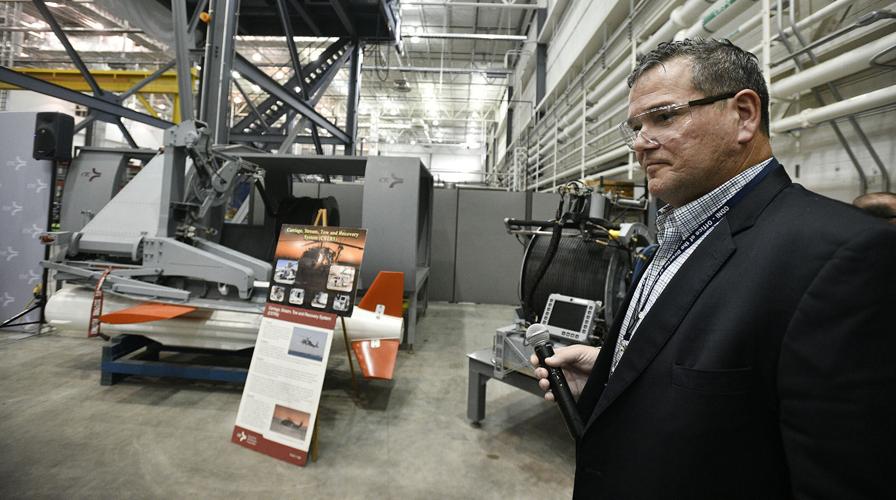 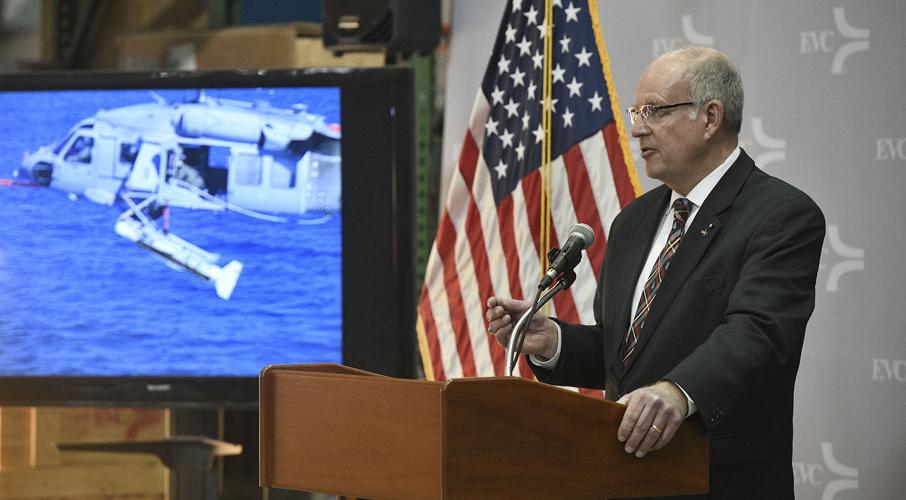 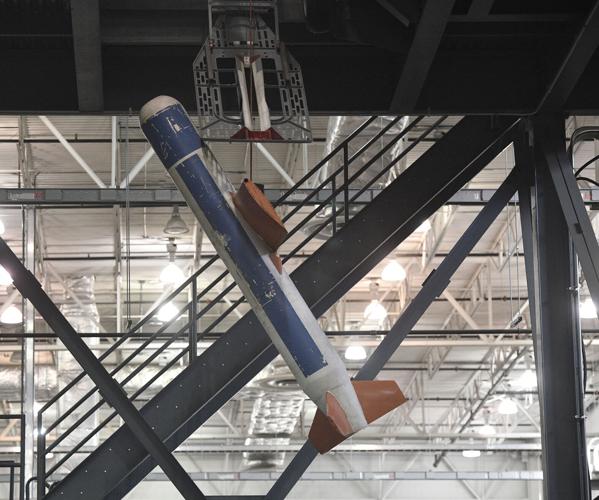 Demonstration of the Carriage, Stream, Tow, and Recovery System on Tuesday, Dec. 20, 2022. 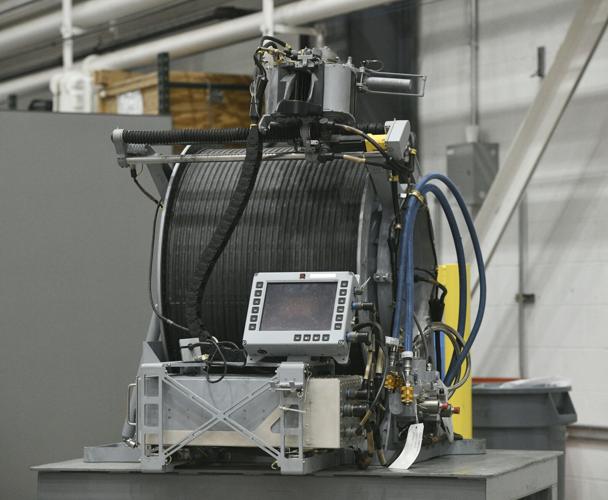 The hydraulic winch that the CSTRS system uses.

Demonstration of the Carriage, Stream, Tow, and Recovery System on Tuesday, Dec. 20, 2022.

The hydraulic winch that the CSTRS system uses.

JOHNSTOWN, Pa. – A cylindrical sonar device on a winch was lowered from a platform high above Enterprise Ventures Corp.’s floor on Tuesday for a demonstration of how it would be lowered from a U.S. Navy Sikorsky H-60 helicopter, hovering above shallow but dangerous international waters.

Although the features of the device were not discussed at length during a press conference, since more than one company has proprietary technology involved, people with at least some knowledge of how it locates and neutralizes mines lurking underwater said the device and the process are mind-boggling.

“It’s borderline science fiction,” said David Zucco, vice president at Kongsberg Protech Systems USA. His company is not involved in the project, but he admired it nonetheless.

Zucco was among those visiting EVC at 128 Industrial Park Road, Richland Township, for the press conference.

“People don’t understand the kind of work being done here in this community,” he said.

EVC supplied the Navy with its latest model of the system in 2017, and now EVC has an $18 million Navy contract to manufacture spare parts for those existing systems, company officials said Tuesday.

CTC President and CEO Ed Sheehan said the need for such a device began with the Persian Gulf War in 1991, when U.S. ships were not safe from mines planted in international waters.

“We are very pleased the Navy continues to turn to us for critical technology and innovation that resides within CTC and EVC,” Sheehan said.

There are about 40 such systems currently in use within the Navy, Peretin said.

The new contract is significant on several levels, he added.

“It’s gratifying that an asset started from a blank sheet of paper at CTC is now being sustained years later by EVC,” Peretin said. “We are grateful for everyone at CTC and EVC who have contributed to this effort, which is a true example of our teamwork and ultimately benefits our war fighters.”