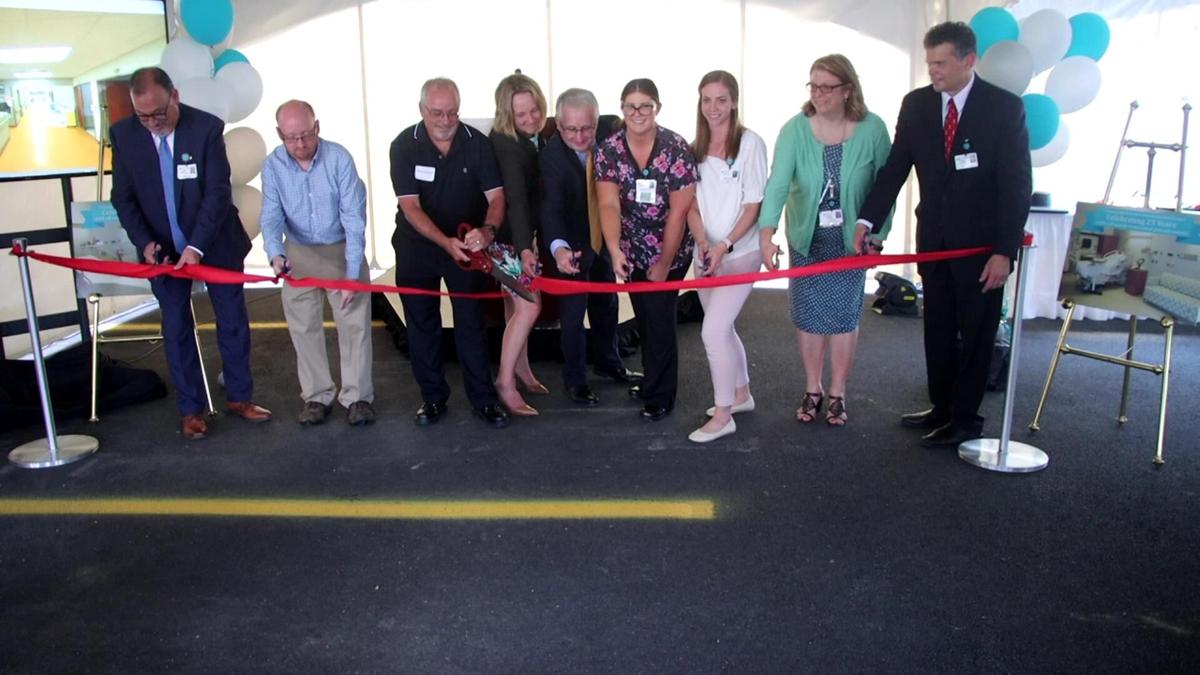 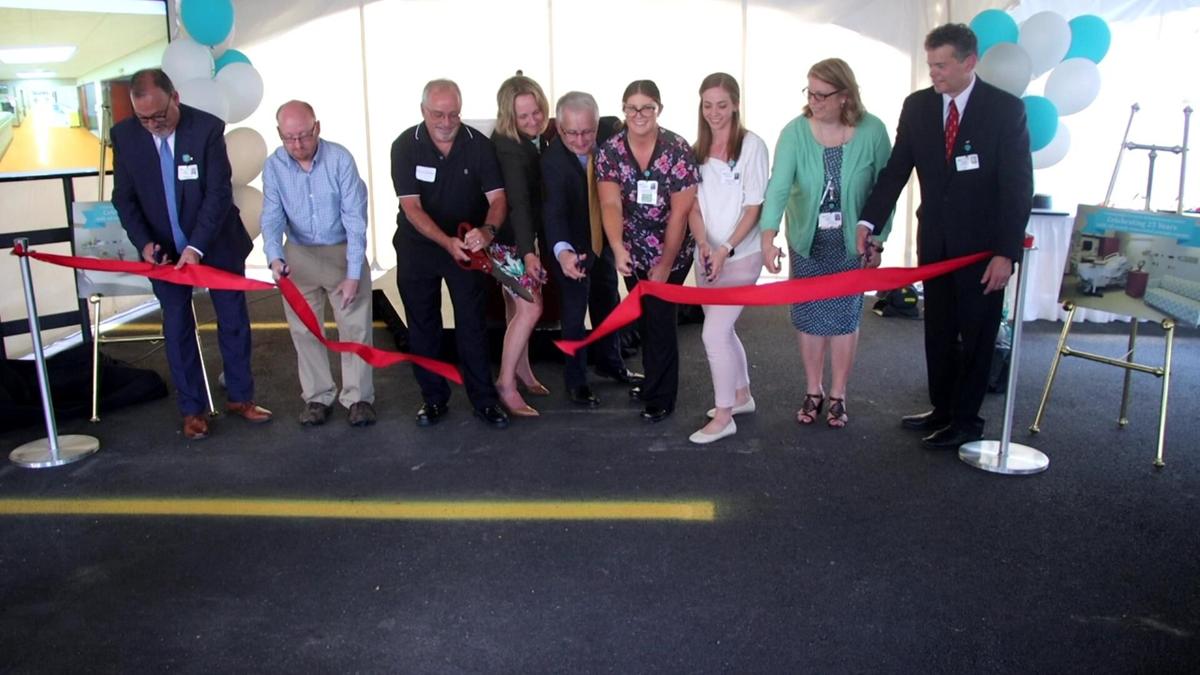 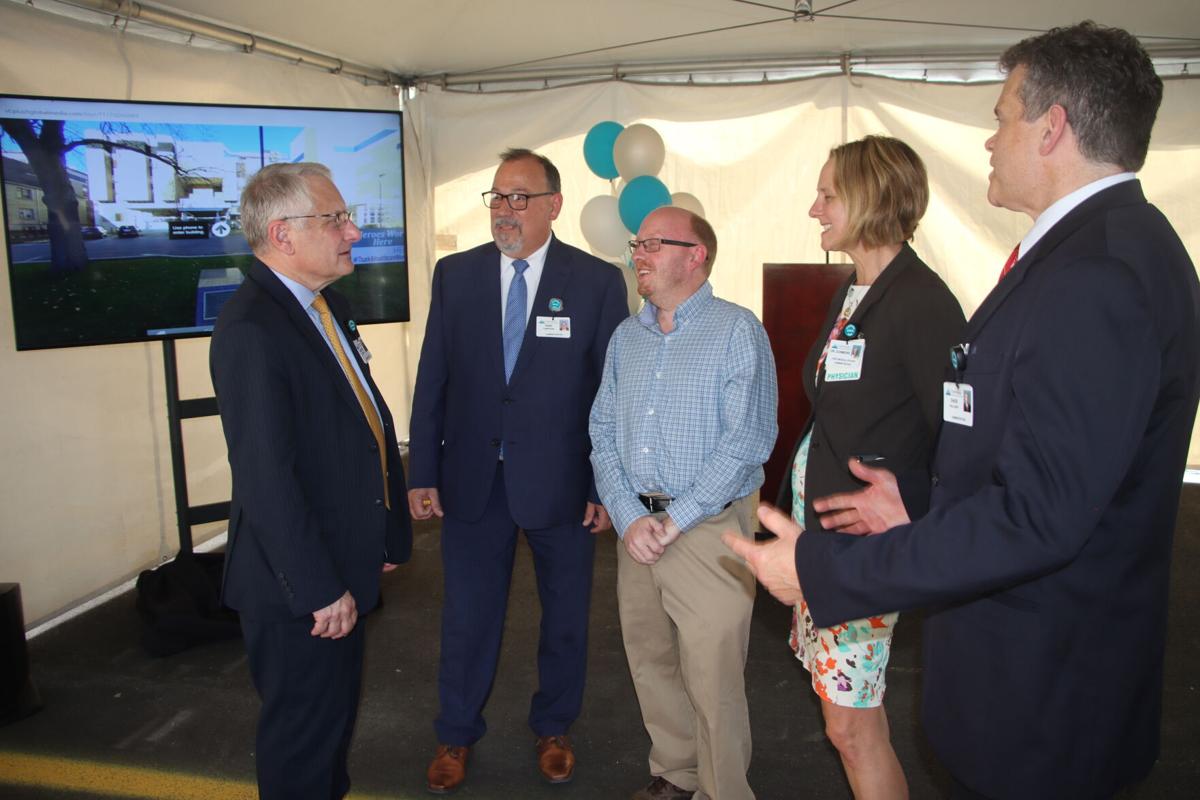 Celebrating the 25th anniversary of the state-of-the-art rehabilitation center named for his father, David Crichton said he learned firsthand the Johnstown facility’s value.

Crichton suffered a stroke on April 15, 2020, and didn’t make it home until May 3, 2020. After his discharge from Crichton Rehabilitation Center’s downtown facility, Crichton continued his recovery with help through the center’s program at Conemaugh East Hills.

“My stay here during the early days of the (COVID-19) pandemic got me quickly on the track for good health,” Crichton said Monday during program celebrating the center’s anniversary and renovations.

“He was so proud to have this wonderful facility named in his honor,” David Crichton said Monday. “He wanted to make sure the citizens of Johnstown could get the best care possible without leaving home, for the sake of the patients and their families.

“That’s the idea of an advanced rehabilitation facility right here in Johnstown.”

Ribbon-cutting ceremonies in a tent outside Conemaugh Memorial’s Lee Campus buildings marked the completion of about $400,000 in renovations.

The project created 27 private rooms, each with space for family members to stay with patients and help with their recovery, Conemaugh Memorial CEO William E. Caldwell said.

“It’s the little things that make successful therapy,” Caldwell said. “Private rooms are part of that.”

The renovations made possible by Duke LifePoint Healthcare’s ongoing investment in the local community allow patients to enjoy many of the comforts of home throughout their rehabilitation. Patients enjoy in-room dining, private bathrooms, desks, couches, lounge chairs, television and ample space to visit comfortably with family members.

Over the years, the Crichton center has helped change the lives of more than 13,000 people, Caldwell said.

“For 25 years, the Crichton Rehabilitation Center has served the residents of Johnstown and the surrounding region with high-quality inpatient rehabilitation care in our community,” he said.

“This investment is just one part of our ongoing commitment to Johnstown’s future.”