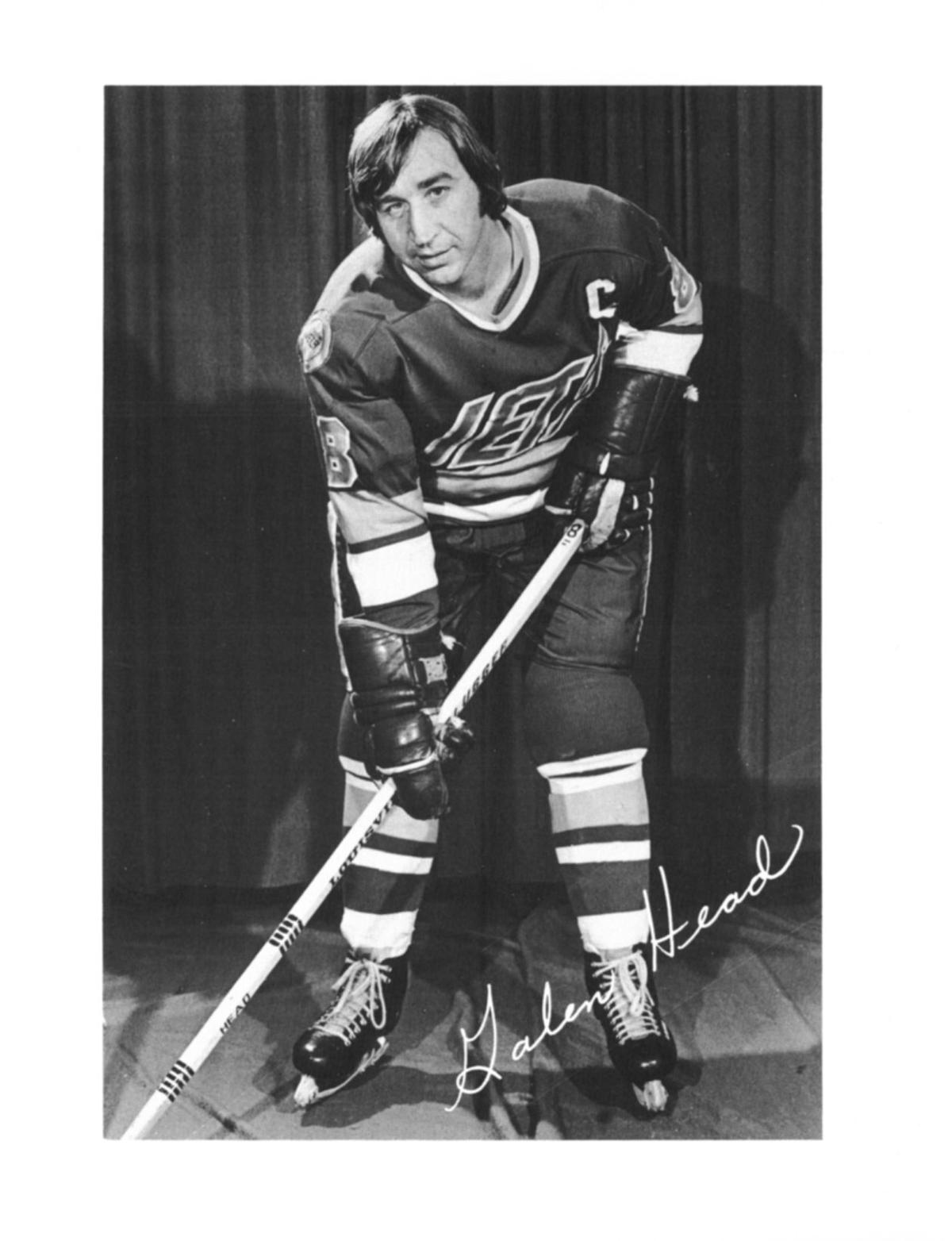 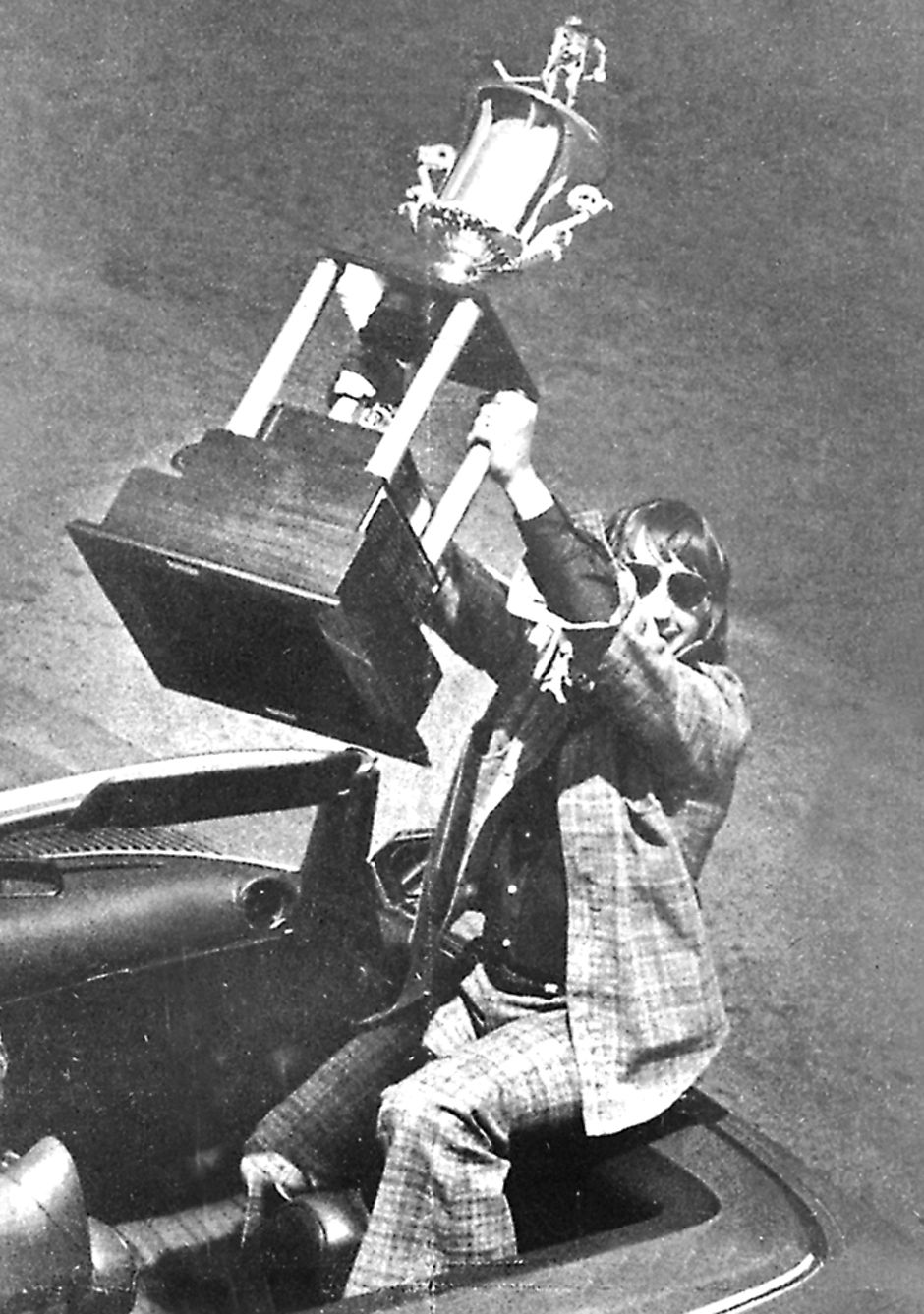 Head once coached the Johnstown Jets and served as captain of the 1974-75 team that won the pro North American Hockey League’s Lockhart Cup championship.

One of the founders of the Bishop McCort Catholic High School hockey team, he led the Crimson Crushers to three straight Pennsylvania Cup championships in the mid-1990s.

Head had a role as an assistant coach with the Johnstown Chiefs under a then-new head coach Scott Allen.

He was an ambassador who promoted the city during the successful Kraft Hockeyville USA campaign in 2015.

In addition to all of those impressive facts, Head truly was one of the most friendly, easy-going and supportive people I’ve met in three-plus decades of covering sports.

His smile, encouraging words and seemingly always positive outlook will be missed on the local hockey scene and throughout the region he called home after his playing career concluded.

Head had health issues for much of the past decade. His son Jason announced Galen's passing on Facebook on Sunday.

"My father, Galen Head Sr. entered home hospice last weekend and passed away peacefully (Saturday) evening," the Facebook post stated. "Over the last few days he's been surrounded by family and friends. He's had a rough go over the last few years with his health, but he always dealt with things in a positive attitude and even until the end he thought more of others than he did himself."

Galen Head impacted the region's hockey scene on many levels. He did so while becoming one of the most well-liked sports figures the city has known.

“He’s a superhero. He truly is,” said John Bradley, the former Johnstown Chiefs goaltender who took over the Bishop McCort hockey program when Head retired after the 1996 state championship. “Superheroes do everything for the good of everybody else. That’s what Galen has done, whether it’s been coming to Johnstown and playing for the Jets, coaching McCort, working at Laurel Motors, being a husband, being a father.

“It’s never been about him. He never wanted the limelight,” added Bradley, who with his wife Amy and three children had a close relationship with Head and his wife, Grace. “He just does his job and he does what people expect of him. Superman doesn’t go out and save everybody and say, ‘It’s all about me.’ That’s the way Galen has been.”

Head arrived in Johnstown as a highly-regarded prospect from Grand Prairie, Alberta, Canada. His first season in 1967-68, Head accumulated 105 points, including 55 goals with the Eastern Hockey League's Jets.

The next year, the 5-foot-9 right wing set the Jets’ single-season record with 68 goals and 122 points during the regular season and 70 goals, including the postseason. For more than four decades, Head had been credited with 67 goals (69 including the playoffs) that season, but local hockey historian Mike Starchock recently used the individual game sheets from 1968-69 to discover what had been an uncredited goal.

As captain of the 1974-75 Jets, Head was captured in an iconic Tribune-Democrat photograph. Galen hoisted the Lockhart Cup Trophy above his head while sitting in a convertible during a parade through Johnstown after the championship win over Binghamton. Head was wearing a 1970s-style leisure suit and sunglasses while sporting his familiar smile.

“He was a good guy on the ice, a good guy off the ice,” said Reg Kent, another Johnstown Jets hockey legend who played center on a high-scoring line with Head for several seasons. “A lot of fun. Good on the road trips. Just a good teammate.

“I knew him back in Edmonton. When he came here and was my right winger, he had a good shot,” Kent said. “He could really shoot the puck. Once he got into an opening and I got him the puck, he scored.”

Head actually played in one National Hockey League game with the Detroit Red Wings in 1967-68. He also spent the 1969-70 season with the Salt Lake Eagles in the Western Hockey League, then a stepping stone to the NHL.

But an opponent checked and elbowed Head under his eye, shattering Head’s cheekbone. The injury probably prevented him from earning a return to the NHL. He eventually regained his scoring touch in Johnstown, where he served as a player-coach in 1973-74 and eventually retired after the 1975-76 season.

“When he was done playing and he coached McCort, he did an awful lot for youth hockey in Johnstown,” Kent said. "Winning those championships really helped."

A former Boston University goalie, Bradley became a close friend and assistant coach under Head before taking over the high school program.

“This is Year 25 for me," Bradley said. "My parents passed away when I was younger. Galen’s been like a dad to me. Same with Amy (Bradley). Her mom and dad live in Pittsburgh. Galen and Grace baby-sat Lily (Bradley) and Boston (Bradley) and even Cole (Bradley).

Galen and Grace had two sons, Galen Jr. and Jason.

When Scott Allen took over as head coach of the Johnstown Chiefs midway through the 1997-98 ECHL season after Nick Fotiu was fired, he turned to Head for guidance.

Eventually, Allen brought Head to his staff, a move that helped him adapt as a young new head coach. It also provided Galen another connection to hockey during a time of grieving.

“He had the ability to put things in perspective,” said Allen, a former NHL assistant coach now with the Hershey Bears in the American Hockey League. “If I was a little bit fired up after a period, I would come into the coaching room, he would come down and he had the ability to say the right things at the right time to get my head back on straight. It was invaluable.”

“Anybody who was fortunate enough to cross paths with Galen, he was just a positive person all the way through,” Allen said. “Galen and his wife Grace are some of the nicest people you’d ever want to meet. They were fixtures in the Johnstown hockey community. Unfortunately they dealt with some tragedy, but they pressed forward. They were so important to so many people's lives.”

Hockeyville and hall of fame

Head participated in the Hockeyville campaign in 2015 and his presence was noticed by the national media covering the NHL exhibition game played at the War Memorial.

He is a member of the Cambria County Sports Hall of Fame and the Grand Prairie Hockey Hall of Fame.

His No. 8 jersey is retired and hangs above the ice at 1st Summit Arena @ Cambria County War Memorial.

Perhaps Head’s greatest legacy is the number of friendships he forged throughout his many years in Johnstown. The Chiefs players held Head in such high regard that when the team planned to retire his jersey, veteran defenseman Jeff Sullivan turned in the No. 8 he wore for 4 1/2 seasons and took No. 2.

“When he first got sick, people raised a bunch of money for him,” Bradley said of a 2010 fundraiser the Johnstown Chiefs initiated to help Head with medical expenses. “When he found out, he wanted nothing to do with it. He said, ‘I’m so fortunate. I may not have my health but there are a lot of people in much worse situations. I want that money to go to them.’”

The money was redirected to help others.

The gesture epitomized what Galen Head meant to Johnstown and the area hockey scene.

He was a winner on and off the ice – and one of the truly good guys who put the town, the team and his family and friends ahead of himself.