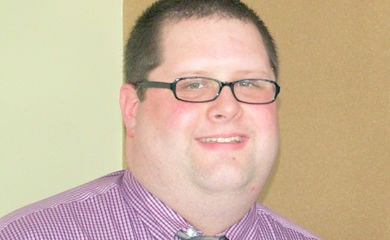 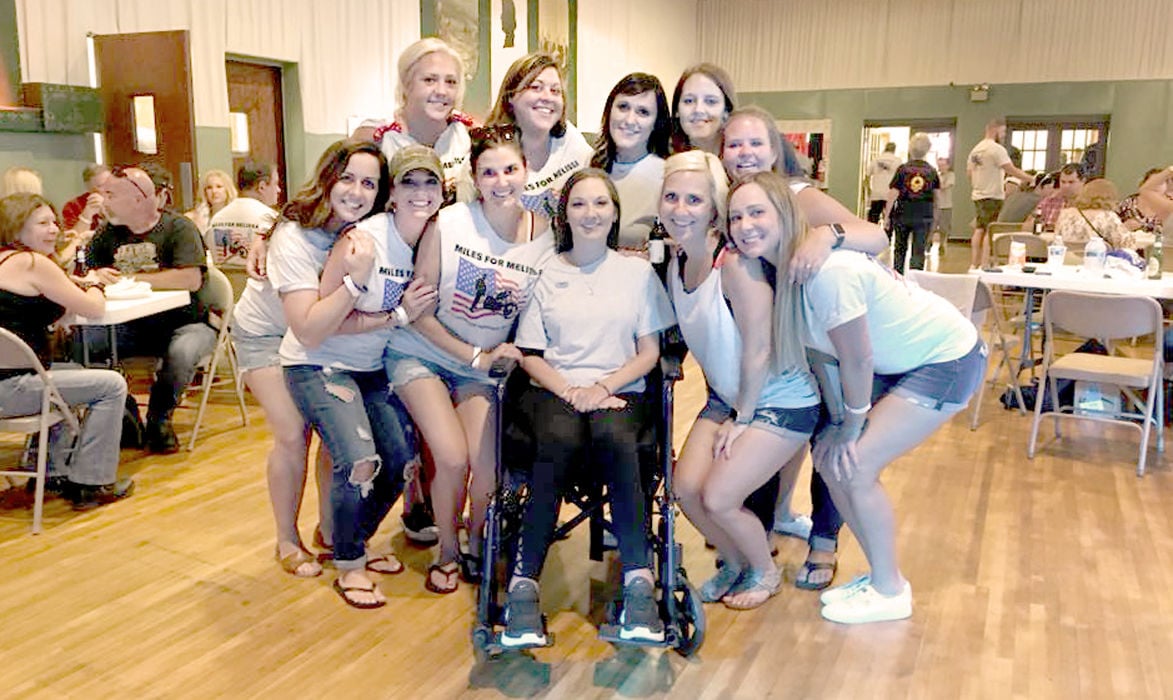 Organizers of the ninth annual Ed Eckenrode Bike Run raised $17,000 to help Melissa Lutz Cordek, a 1999 graduate of Penn Cambria High School and an Army veteran who is battling ALS, and has no use of her arms or legs.

Organizers of the ninth annual Ed Eckenrode Bike Run raised $17,000 to help Melissa Lutz Cordek, a 1999 graduate of Penn Cambria High School and an Army veteran who is battling ALS, and has no use of her arms or legs.

A memorial fundraiser for a Cresson veteran described as “humble” brought folks together in the Mainline town on Aug. 4 for the ninth annual Ed Eckenrode Bike Run.

The event saw the efforts of many come together for one of their own, Melissa Lutz Cordek, a 1999 graduate of Penn Cambria High School and an Army veteran who is battling ALS and has no use of her arms or legs.

Due to the abundance of support from family, friends and supporters, organizers raised $17,000 to help Cordek with her fight.

Eckenrode’s wife, Sandy daughter, Abby Refner along with Buster and Elaine Evon, Buzzy Muriceak and Susan White have come together with folks at the Cresson American Legion to honor veterans and help those in need, and organized the bike run.

After Ed Eckenrode’s passing, the Evons, two of his best friends, wanted to hold a bike run in his memory.

The first year’s run raised funds for the Veteran’s Memorial Wall that was being erected at the Cresson Legion. While the wall received donations to construct, the bike run funds helped with perpetual care and surrounding items of the wall.

Every other year, funds from the event are donated to the Combat Veteran’s Motorcycle Association, which provides support for veterans and assists with the bike run.

Since the first run, organizers have vowed to make the annual event something that assists a veteran or veteran’s group. This year’s fundraiser did that, while also touching hearts.

“It was such a heartwarming and heartbreaking event with so much community support,” Sandy Eckenrode said.

Eckenrode called Cordek one of its town’s own who graduated with her daughter, Abby, and was in tears when she described the veteran’s entrance into the American Legion for the dinner dance after the bike run.

“The room was packed this year,” Eckenrode said.

“As Melissa’s boyfriend was pushing her into the room, I said, ‘Look, Melissa, all of these people are here for you.’ As she entered, the entire room stood and provided a thunderous applause.

And that moment, along with the views throughout the day of the many participants who came together to donate and support the local veteran, made the hard work in organizing worthwhile for Eckenrode and the organizers.

Cordek served in the Army National Guard from 1999-2006 as a medic with the 876th Engineer Battalion out of Johnstown.

She was deployed to Heidelberg, Germany, for nine months, and after exiting the Army, she worked at the Butler Veteran’s Association. Dedicated to serve her country, Cordek never walked with her class for high school graduation, as she attended boot camp instead.

The fundraiser was dubbed “Miles for Melissa,” and the event T-shirt included a flag with a motorcycle in front of it.

Ed Eckenrode’s obituary included his “second shift at the office,” as he frequented the Cresson American Legion usually after 3 p.m.

“This was Ed’s thing, and we are proud of our legion and all it does for our community and our veterans,” Sandy Eckenrode.

“It was a job well-done today, and there are a lot of people who are very proud this year because of that.”

Eckenrode said it was emotional to pull in from the run and see so many people at the legion in support of the cause.

“It was such a personal year,” she said.

“Melissa’s story is so compelling that I saw even grown men cry; it was so personal. It meant a lot to all of us. She’s one of our own.”

A co-worker of Cordek’s has started a Facebook page “Miles for Melissa” and will be walking in honor of Cordek during an ALS walk on Aug. 25 at Point State Park in Pittsburgh.