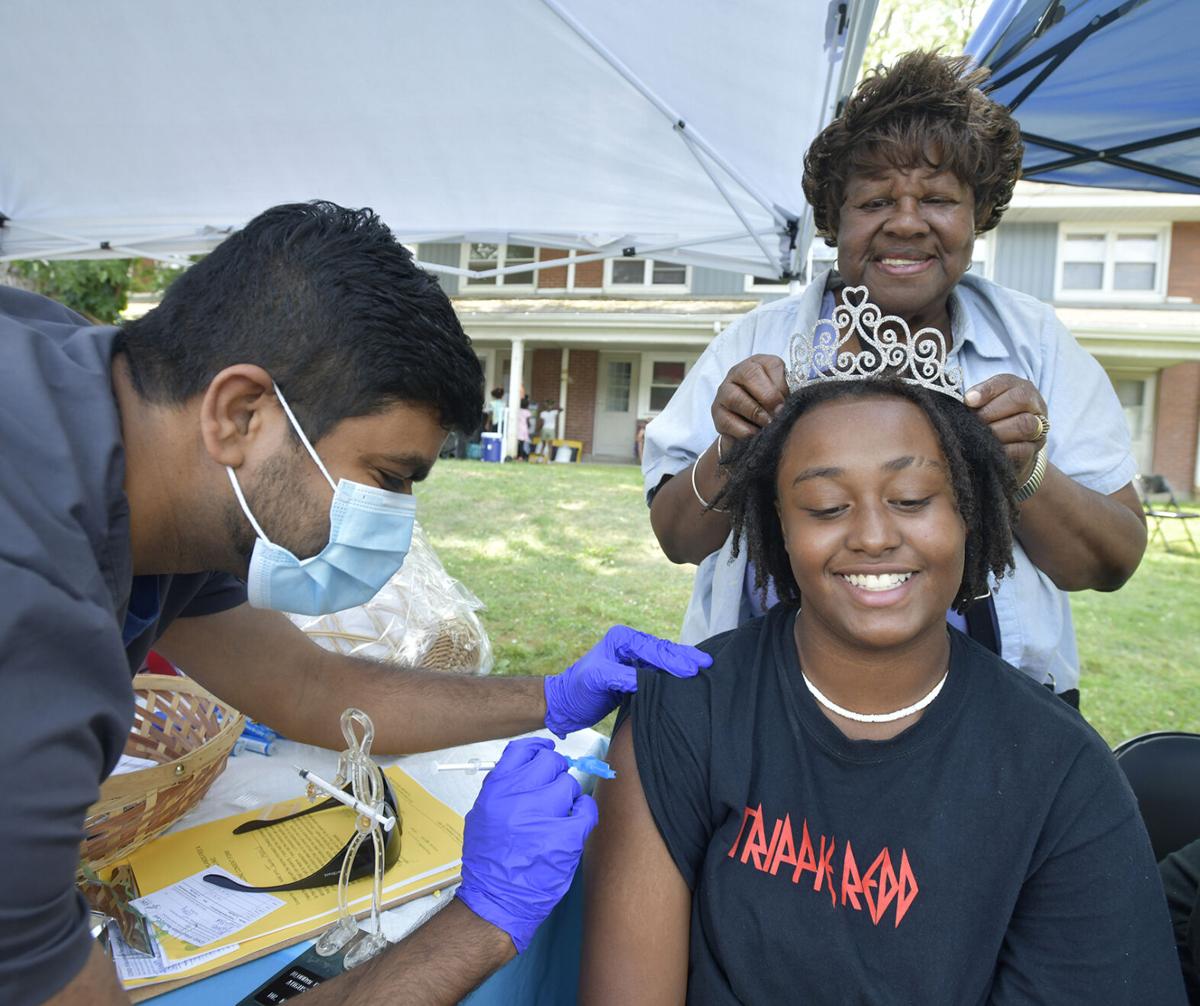 LaMya Stephens, 12, of Johnstown receives the 10,000 Highlands Health COVID-19 vaccine from Dr. Karthik Kondapally, International Medical Student, as grandma Bernice Osman places a crown on her head during the historic event held at Oakhurst Homes in Johnstown on Monday, August 9, 2021. 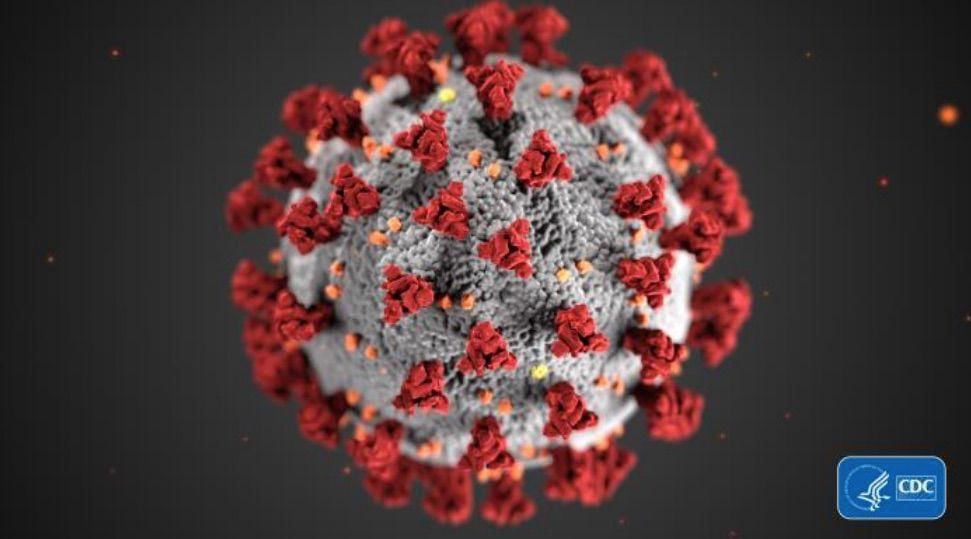 LaMya Stephens, 12, of Johnstown receives the 10,000 Highlands Health COVID-19 vaccine from Dr. Karthik Kondapally, International Medical Student, as grandma Bernice Osman places a crown on her head during the historic event held at Oakhurst Homes in Johnstown on Monday, August 9, 2021.

JOHNSTOWN, Pa. – LaMya Stephens said she hasn’t forgotten that COVID-19 wiped out half of her softball season last year, or that the virus could put her family at risk.

That’s why the 12-year-old rolled up her T-shirt sleeve on Monday to receive a vaccination – the 10,000th dose Highlands Health has administered since January.

“COVID impacts me, too. It can impact anyone,” Stephens said after receiving the dose.

That shot was a moment the nonprofit celebrated with balloons, games and prizes in the Oakhurst Homes community.

Highlands Health has been administering vaccines for nearly eight months at its medical clinic in downtown Johnstown and for the past few weeks in the city’s Oakhurst neighborhood.

“We realize we have to go to the people now – where they live,” said Rosalie Danchanko, executive director.

The nonprofit’s mission is to serve vulnerable and low-income populations, and Monday’s outreach in Oakhurst is just one way to carry that through, she said.

Tara Ingram, an Oakhurst resident and the president of the community’s residents’ council, and Loretta Opila, Highlands Health medical director, said part of the effort has involved working to dispel myths about the virus to lower-income communities such as Oakhurst Homes. In addition, minorities have been among groups of Americans who have been more leery about getting the vaccine.

“It is up to us in the community to make sure our brothers and sisters are vaccinated against COVID,” Ingram said. “There can be no misconceptions that it is dangerous – and if you are not vaccinated, it could kill you.”

The fact Highlands Health that was on track to administer eight new doses Monday, including Stephens’, was a positive sign, Danchanko said. A weekly visit a few weeks ago yielded just two, she said.

Johnstown City Councilwoman Sylvia King and Mayor Frank Janakovic praised the Oakhurst group and Highlands Health for continuing to make a difference in the community. King told nearly 100 attendees that she is still recovering from COVID-19. She spent eight days in a hospital in January after contracting the virus.

“And I don’t want anyone to experience what I went through,” she said.

At 12 years old, Stephens is statistically much less likely to develop the most serious health complications from COVID-19. But that wasn’t the reason she signed up for the vaccine, she said.

She flashed a bright smile for the crowd while Dr. Karthik Kondapally vaccinated her – and then offered advice to kids her age who are trying to decide whether or not to get one.

“It’s not just safer for you,” she said. “It’s safer for the people around you.”

Her father, Lamont Stephens, said he was proud of her for making the choice. He said the family talked about the decision Monday morning to make sure she was serious about the step.

“It was her decision,” he said. “I’m proud she wanted to do this to help her community.”

Danchanko said community vaccination events will continue in Oakhurst in the coming weeks and outreach is being considered for other Johnstown neighborhoods.

Cambria County also reached a milestone Monday – albeit a less celebratory one.

The county crossed the 15,000 case mark Monday – with the latest round of COVID-19 positive tests bringing Cambria’s total to 15,015 since the pandemic arrived 17 months ago.

Cambria County added 24 more cases in a data report that includes Saturday through 12 a.m. Monday, according to the state Department of Health.

While Pennsylvania added 4,080 new COVID-19 cases over the weekend – an average of 1,360 per day – the Cambria-Somerset region did not add any additional deaths.

Westmoreland led the region with 58 cases over the weekend, and now has 34,996 cases total.

Indiana County added 14 cases and its running total is now at 6,554.

Brandon Bailey, Richland School District’s director of education and pandemic coordinator, addressed the district’s health and safety plan during the school board meeting on Monday.