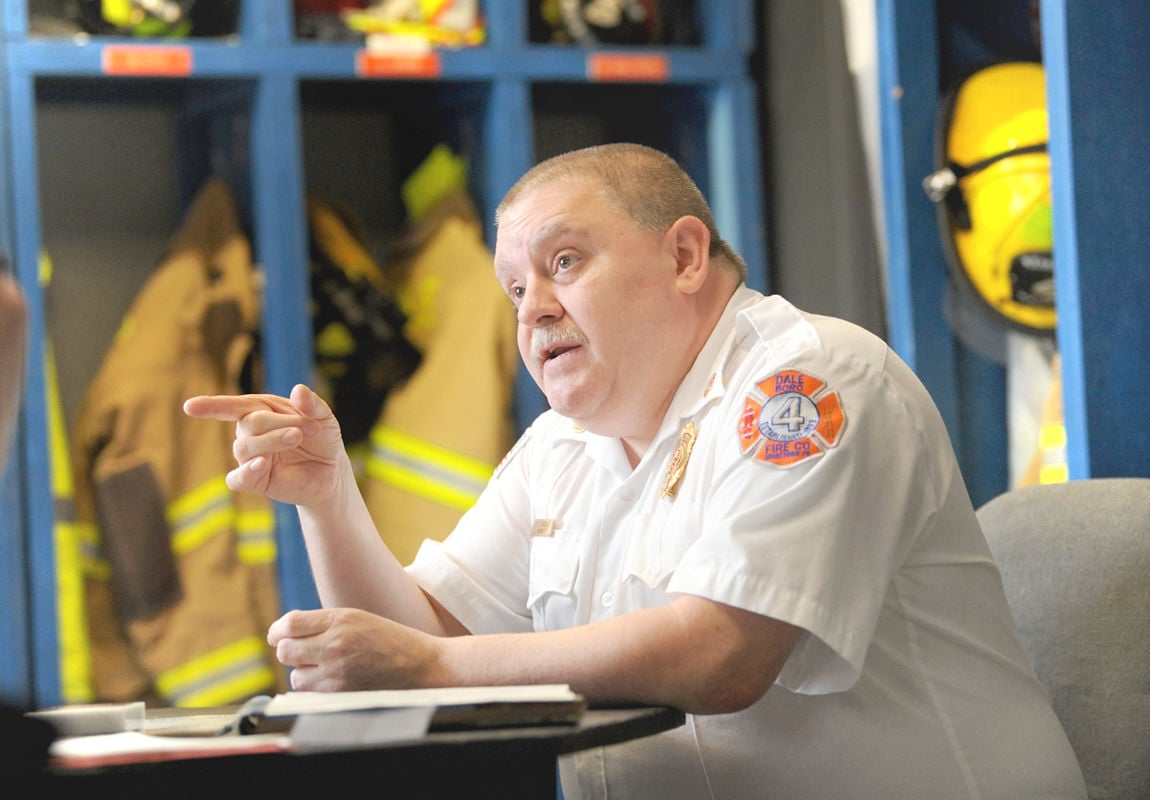 Front Lines is a monthly feature profiling individuals who, as first responders, help others in crisis. They may be police officers, firefighters, paramedics, emergency medical technicians or volunteers. Suggestions for Front Lines can be emailed to Patrick Buchnowski at pbuchnowski@tribdem.com.

Front Lines is a monthly feature profiling individuals who, as first responders, help others in crisis. They may be police officers, firefighters, paramedics, emergency medical technicians or volunteers. Suggestions for Front Lines can be emailed to Patrick Buchnowski at pbuchnowski@tribdem.com.

Dale Borough is home to the longest-active fire company in Greater Johnstown.

First chartered in June 1893 as the Dale Fire, Hook and Ladder Co., the organization is celebrating its 125-year anniversary.

The Litzinger family is a big part of that Dale Borough Fire Co. tradition.

“The Litzingers have 108 years of service in the fire company,” said Chief Todd Litzinger, a third-generation firefighter.

“It’s a commitment to helping people.”

Todd Litzinger climbed on board his first fire truck at age 14.

He is following in the footsteps of his father and grandfather.

“When I was growing up, my dad was fire chief and would take me to the fire station,” he said. “Most of my childhood was centered around the fire company.”

Litzinger, a graduate of Ferndale High School, worked his way through the ranks to become fire chief in 2009.

His experience is considerable.

Litzinger has 30 years as an emergency medical technician and was employed by 7th Ward Ambulance from 1985 to 1993.

He is a graduate of the Johnstown Regional Police Academy and served as a part-time officer for several departments until being hired as a Cambria County deputy coroner in 1993.

He remembers the terrorist attacks on Sept. 11, 2001, that caused United Flight 93 to crash near Shanksville.

“I was there about 30 minutes after the plane crashed and spent 15 days there,” Litzinger said. “Part of our job was to help with the recovery and identification of the victims. I’ll always remember that.”

He added: “You think something like that would never happen here. We take things for granted a good bit.”

Litzinger said he was very young when the flood of 1977 devastated the area. Ten Dale Borough residents perished in the flood. Two of those lost were members of the fire company, he said.

“In 1979, the fire company purchased two new fire engines to replace the three that were damaged during the flood,” Litzinger said.

Training requirements have significantly changed through the years, Litzinger said.

“When I joined, you had a two-day weekend course and you were certified,” Litzinger said.

“Now, the state of Pennsylvania requires 188 hours of training. It’s hard to get the average family man to devote that time.”

More members are always needed. You don’t have to fight fires, he said.

“We have members who work fundraisers, or provide water for firefighters at a scene,” he said. “There’s always a job for someone.”