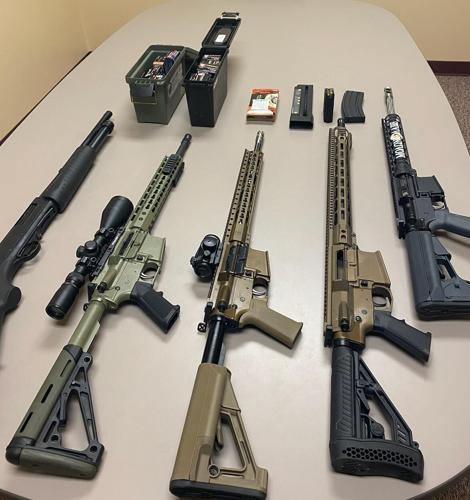 This image supplied by the Upper Yoder Township Police Department shows a screen-grab of social media posts by two teens who face felony charges in connection with a security breach at Westmont Hilltop High School. 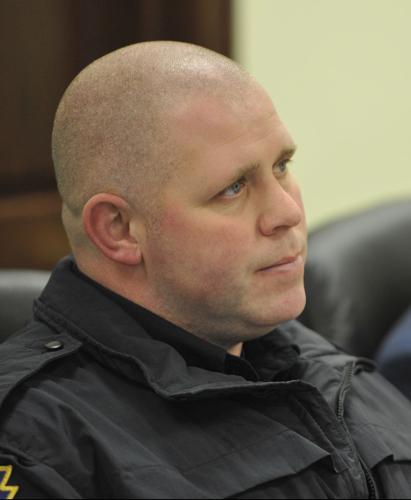 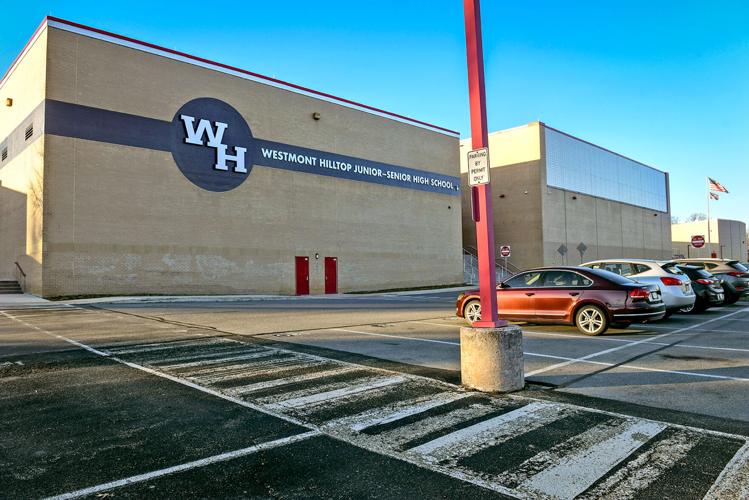 The exterior of Westmont Hilltop High School is shown on Sunday, December 12, 2021.

This image supplied by the Upper Yoder Township Police Department shows a screen-grab of social media posts by two teens who face felony charges in connection with a security breach at Westmont Hilltop High School.

The exterior of Westmont Hilltop High School is shown on Sunday, December 12, 2021.

JOHNSTOWN, Pa. – Two teens who were allegedly “in the planning stages of a school shooting” at Westmont Hilltop Junior-Senior High School, according to Upper Yoder Township police Chief Donald Hess, will be tried as adults.

“The legal term is it’s a ‘direct file’ because of the conspiracy to commit (aggravated) assault,” Cambria County District Attorney Gregory Neugebauer said Saturday. “We have to direct file because of their ages and the charges.”

Five weapons were seized from Hinebaugh – one pump-action rifle and four AR-15-style semi-automatic rifles, according to Hess. Hess said the police can “prove through our investigation” that Hinebaugh “had access and had control of at least two of those guns … at different times.”

The AR-15s were allegedly “ghost guns,” meaning they were untraceable firearms without serial numbers that were not made by a manufacturer.

“Those guns were made and put together by somebody in the Hinebaugh family,” Hess alleged.

Neugebauer did not provide details about any possible motive.

“I’m not going to comment on that at this point,” Neugebauer said. “Some of that would call for a little bit of speculation, and some is I just shouldn’t comment on it."

Neugebauer added: “We do not believe that students and staff were in any imminent or immediate danger at any point over the last several days. But we do believe that quick action by the school district and law enforcement prevented a tragedy.”

Hinebaugh, a Westmont Hilltop High School student, allegedly allowed Pringle, a former student there, into the building on Tuesday. Pringle was barred by court order from being in the school.

Hinebaugh allegedly posted a picture of Pringle inside the building with what Hess described as a “kind of ominous-like” message about his return.

Law enforcement was notified on Wednesday.

“A concerned parent reported to the Westmont Hilltop School District that an unauthorized person had been in the building,” Neugebauer said. “When the school district got that information, they contacted law enforcement, and an investigation was begun immediately.”

Robert Gleason, Westmont Hilltop school board president, said he is “pretty proud of the way the school district responded” and that the “whole system worked pretty well this time, thank goodness.”

“I think this should be a message to everybody that this type of behavior – even talking about it, thinking about it – we absolutely are not going to allow that,” Gleason said. “So now, it’s out of our hands, and it’s turned over to the legal authorities, and they’re going to move forward. I hope that sends a proper message.”

“It is an unbelievable asset that we enjoy – the working relationship between local, state and federal authorities,” Neugebauer said. “We all work together. We’re all on the same team. We all want the same outcomes, and we all respect each other and know that we can depend on each other. That pays dividends for our area in more ways than I can describe. It’s immeasurable the value of that to the public.”