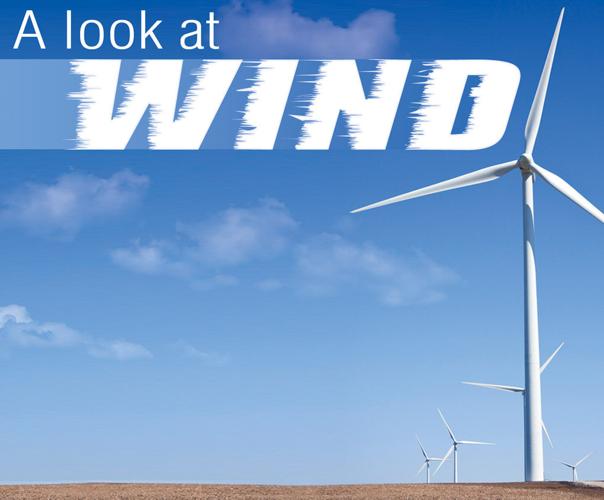 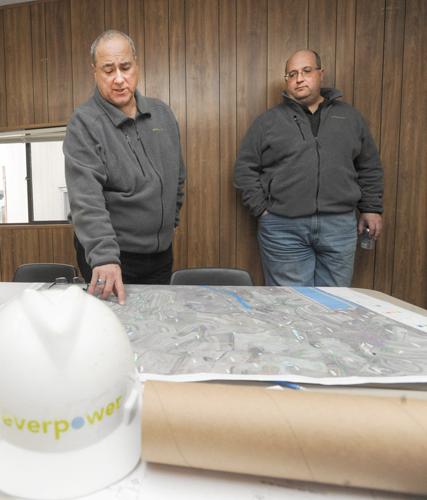 Today: A local wind farm is opening at a time when, ironically, an incentive for wind energy is in danger. Politicians representing the region are solidifying their stances on wind power, and some groups are rising in opposition to wind tax credits and local wind farms.

Monday: About 3 percent of the nation’s electricity currently comes from turbines, with a goal of having one-fifth of the U.S. power produced by windmills within the next 18 years. Meanwhile, information on bat and bird deaths is gathered at local wind farms as part of efforts to understand the environmental impact of windmills on nature.

In an interesting juxtaposition, right around the same time blades begin turning and producing power at the new Patton Wind Farm, the future of the U.S. wind industry might, at least temporarily, be grinding to a halt.

The local site, with 15 turbines capable of generating 30 megawatts of power, is scheduled to go online before the start of the new year. It will be operated by EverPower, a company headquartered in Pittsburgh.

Meanwhile, on Dec. 31, the federal wind production tax credit, which was created in 1992 and renewed periodically ever since, including by the American Recovery and Reinvestment Act of 2009, is set to expire. The incentive provides a 2.2-cent tax deduction for every kilowatt-hour generated by utility-scale windmills during the first 10 years of a project. The reduction can cut away up to one-third the overall operational costs.

With its future uncertain, construction of turbine parts and development of new wind farms has slowed.

Removal of the tax credit could cripple the industry even though already-operational wind farms would continue to receive the incentive.

Support for the production tax credit has come from groups and individuals as diverse as the U.S. Chamber of Commerce, National Governors Association, Iowa Republican Sen. Chuck Grassley, environmentalists, numerous rural county commissioners, Republican strategist Karl Rove, California Gov. Jerry Brown, Levi Strauss & Co., Yahoo! and The North Face. The Senate Finance Committee has even approved a one-year extension that would provide $12.2 billion in tax relief over 10 years, which wind industry officials believe could save tens of thousands of jobs.

“The PTC has tremendous bipartisan support on both the (United States) House side and Senate side and especially with governors,” said Ellen Carey, media relations manager for the American Wind Energy Association, a nationwide advocacy group. “They have seen the development. They have seen the jobs.”

The tax credit got lost in the politics of a presidential election year. Now, it is in the background once again as Congress and President Barack Obama attempt to address the so-called “fiscal cliff,” when major tax increases and large spending cuts are set to go into effect at the start of 2013.

The potential elimination of the tax credit has been felt locally. Gamesa, a wind-industry leader based in Spain, has laid off more than 160 workers at its Cambria Township turbine manufacturing plant in 2012. Iberdrola Renewables recently canceled a 24-turbine wind farm on Dunning and Evitts mountains in Bedford County.

“When we look at the path forward for the wind industry, right now, the uncertainty of the production tax credit is an important factor,” said Paul Copleman, an Iberdrola spokesman. “Plus, if you look at the state of the energy market, with prices being low, there is not a lot of demand right now.”

Construction of a wind farm typically takes between 10 and 18 months. EverPower got started on the Patton project in early 2012 before concern about the possible tax credit’s expiration arose in earnest.

Even though the looming loss of the tax credit did not harm the Patton project, EverPower representatives have noticed a negative ripple effect on the industry.

“The supply chain has been impacted an awful lot,” said Bill Spencer, an EverPower manager. “A lot of companies have not put money into the production of components like they had. This summer, you could not buy a tower component in the United States because all the factories were at capacity because everybody was trying to get everything in before the end of the year. It forced some companies to purchase overseas again. If the production tax credit issue had been resolved, these companies would have expanded their plants and all of the stuff would have been manufactured here.”

EverPower’s newest local wind farm is on 2,700 acres spread throughout Elder, West Carroll and East Carroll townships. There are turbines located on eight farms. There are more than 25 properties involved when counting access roads and easements.

When Patton is operational, there will be 288 windmills  throughout Cambria and Somerset counties, capable of generating 559.1 megawatts.