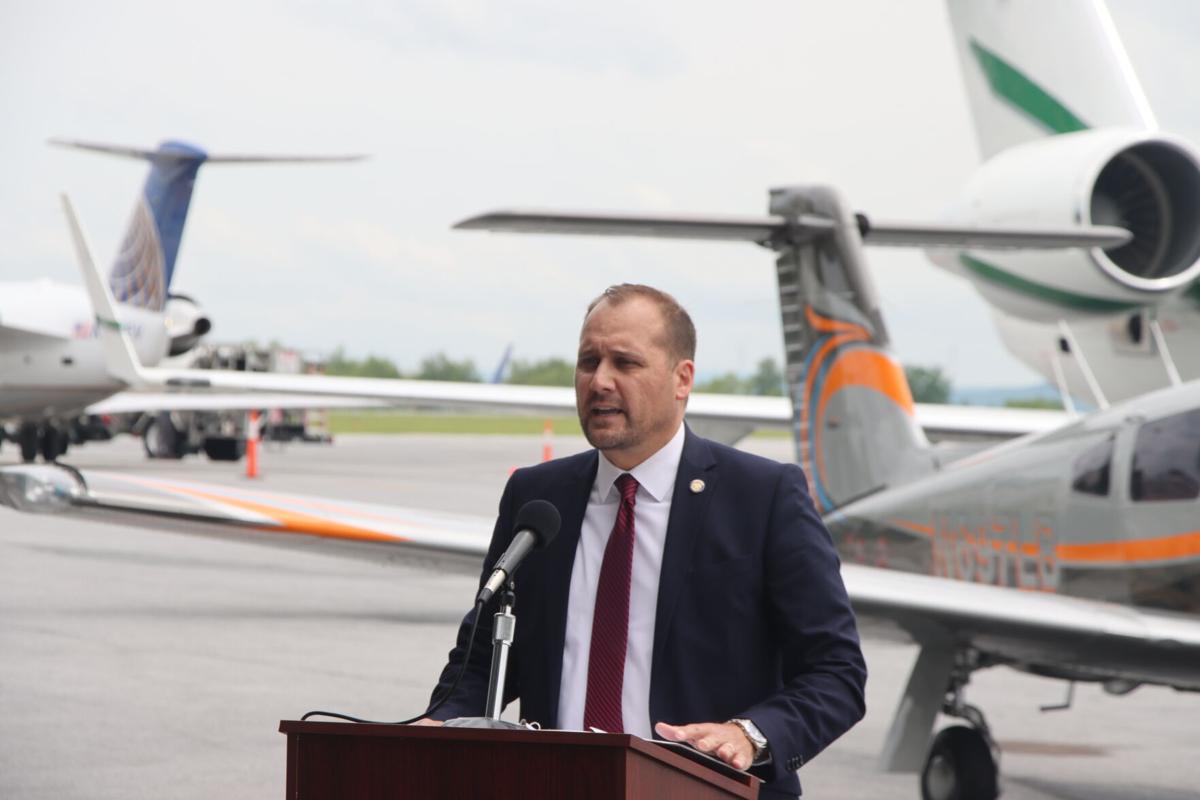 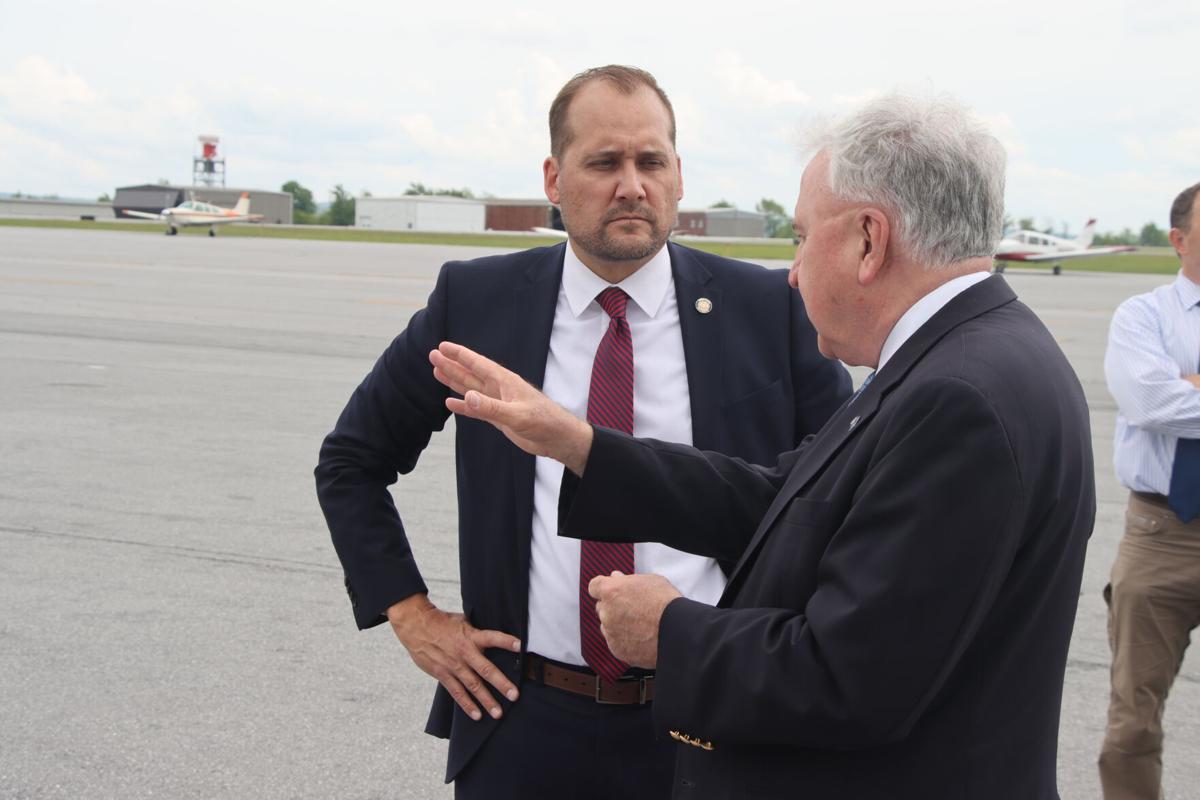 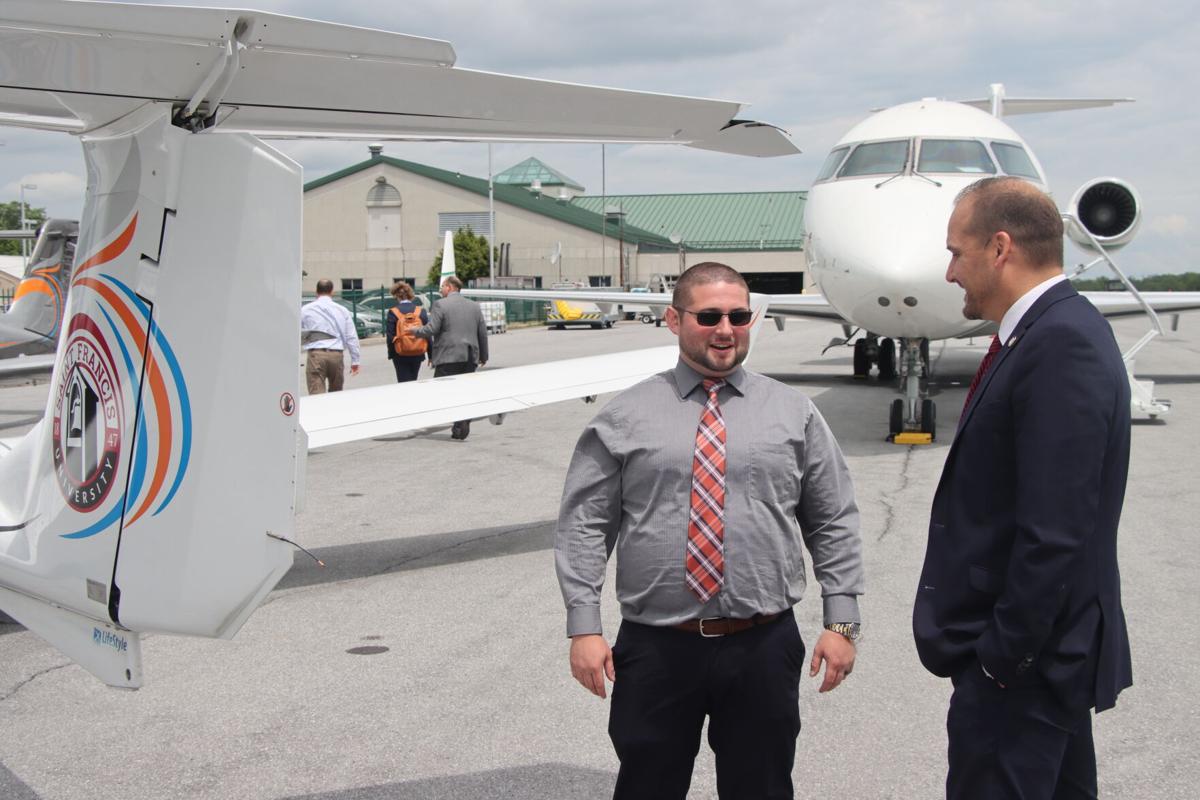 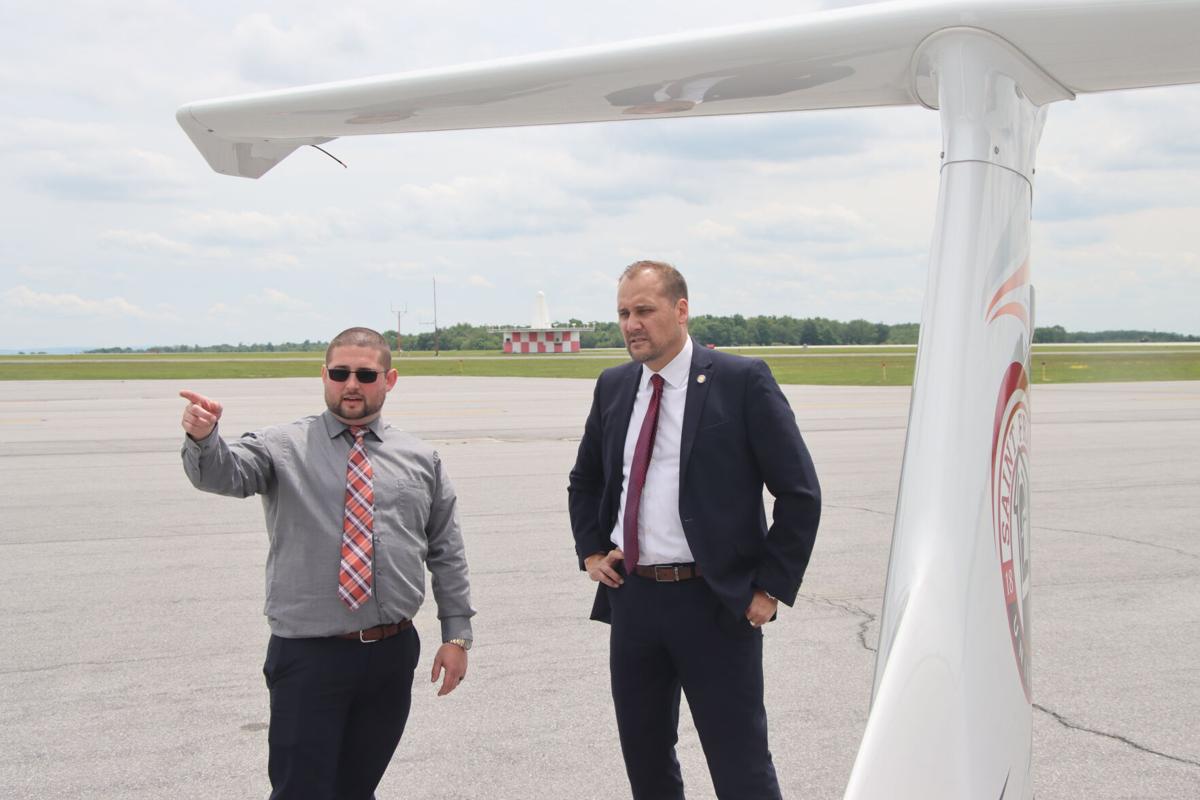 It is being introduced in the Transportation Committee as Senate Bill 555.

“Let’s really take a look at our transportation sector,” Langerholc said during the event in the Nulton Aviation Services hangar at the airport.

PennDOT’s proposal to require tolls on nine major bridges helped to spur the development of the DRIVE SMART Act, he said.

“There’s another way,” he said.

“The DRIVE SMART Act is my commitment to offering an alternative solution instead of a tacit approval to impose taxes, tolls or user fees on hardworking Pennsylvanians as we recover from the pandemic.”

• Increasing fines for driving with expired registrations and other traffic laws with the most violations.

• Adding a 3-cents-a-mile fee for electric cars, which would also allow owners to opt for a $400 annual fee.

• Having the state treasurer and auditor general look for cost savings at PennDOT.

• Providing a $2 billion influx to the Interstate Transportation Improvement Program with a low-cost bond through the federal Grant Application Revenue Vehicles program.

The bill would also give vehicle registration discounts to drivers in Cambria, Blair, Westmoreland and four other counties where emission inspections are required but air quality is good.

Langerholc said his goal of reforming the state’s transportation funding infrastructure encompasses several other proposed bills now in the legislature.

Some of those bills would require PennDOT to maintain stormwater systems in rural areas, reinstate vehicle registration stickers, establish land development zones near airports and raise fines for violations in active work zones.

Langerholc outlined the ambitious proposals while speaking over the sound of the United Express jet loading passengers and a military helicopter landing nearby.

His podium was placed with a backdrop of three aircraft based with Nulton Aviation Services.

The DRIVE SMART bill is a beginning, Langerholc said, inviting comments and suggestions for the state’s transportation future. He said a bipartisan effort will be needed to achieve true reform.

“Let’s come to the table and let’s get this done in Pennsylvania,” he said. “Let’s truly do it in a bipartisan manner.”

The transportation committee is planning public meetings for input and feedback.

Additional information about the plan is available at www.SenatorLangerholc.com/drive-smart-act/.