The Cambria County Prison in Ebensburg on Thursday, March 12, 2020. 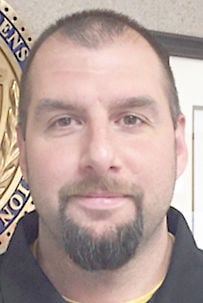 EBENSBURG – A month after reporting zero new coronavirus cases, Cambria County Prison Warden Christian Smith said that the jail is experiencing its third wave of positive COVID-19 cases during Wednesday’s meeting of the prison board.

The prison has seen 71 new cases since the March report when Smith said that there were zero positive cases between staff and inmates.

Smith told the board that there are 10 staff members and 55 inmates currently dealing with the virus.

The prison’s screening, testing, cleaning, social distancing and quarantining practices remain in effect, according to the warden.

“The problem with the jail is the congregate setting,” Smith said.

“You get one case and it just takes off. You try to control it as best you can, but if someone is asymptomatic, and you don’t know, it’s just a matter of when it’s discovered. By that time, it’s usually too late.”

Since the prison’s first positive COVID-19 case was recorded on Sept. 23, the facility has seen 293 positive cases among 238 inmates, 51 prison employees and four PrimeCare staffers.

Other highlights from Wednesday’s meeting:

• Smith told the board that the prison’s captains and lieutenants donated two Dakota Pinnacle birch trees to the prison, which were planted on Tuesday. One tree was placed in remembrance of law enforcement and first responders lost to COVID-19, while the other was planted in remembrance of county employees and family members who have lost their lives to the novel coronavirus.

• The Intertech security upgrade, which was anticipated to be completed this past month, experienced some glitches, according to Smith, who said that the electronic system was plagued with lengthy delays with doors opening and closing at the facility.

Engineers and the software company were able to resolve the issue, which stemmed from actions being entered into the software not automatically deleting, leading to repetitive code delaying the functions of the doors.

Westmoreland was the region’s only county with a triple-digit increase in COVID-19 cases in Wednesday’s Pennsylvania Department of Health report.