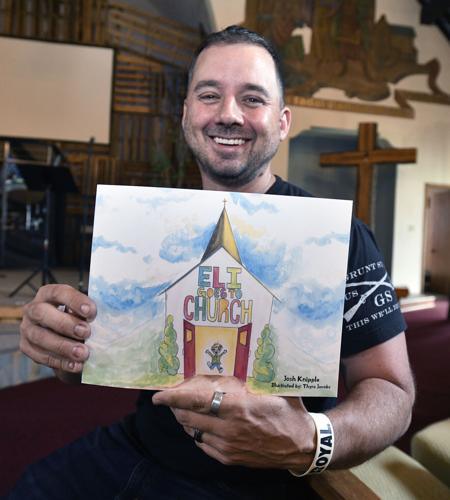 Josh Knipple, pastor of Crucified Ministries, wrote a book titled "Eli Goes To Church." It is geared toward children ages 4 to 11. 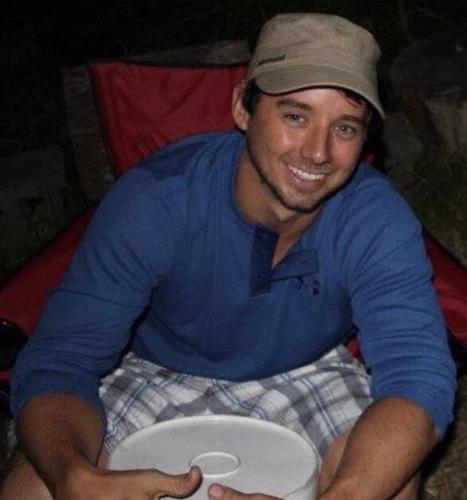 Josh Knipple, pastor of Crucified Ministries, wrote a book titled "Eli Goes To Church." It is geared toward children ages 4 to 11.

It’s crazy how life works. I was looking for the perfect analogy to share about grace. I kept coming up with idea after idea, but none of them hit home like I wanted it to.

Last month was the Little League World Series, and God reminded me of when my Pops and I decided to take a day off from everything and go relax watching games.

We had a blast. We got there in time for the international game, with the winner going to the championship. It turned out to be an awesome game, coming down to the final inning. What we were really there for was the U.S. game.

Talk about pressure. Here these kids are, 10 to 12 years old, vying for a spot in the American championship. ESPN is there. Former pros are there. Fans from around the country. Yeah, this is a pretty big moment.

In the top of the first inning, a batter hits a grounder right to the shortstop (who happens to be the captain of the team).. A pretty routine play, but right as he goes to field it, it takes a bad hop, hits right off of him and into left field.

You can tell by his reaction he is visibly shaken by it. Two batters later, it’s hit right to him again, a hard line drive. He should be able to turn two and get out of the inning, but instead it goes off his glove allowing a run to score.

Before the inning is over, his team is down 8-0. As he is walking off the field you see his head sulking, looking straight down, trying to pull his hat over his eyes.

The biggest moment of this kid’s life and he feels he let his team down. You can see his teammates trying to console him, and then his dad comes out of the dugout, and puts his arm around him. I don’t know what was said, but I can only imagine.

“Son, it happens. Life happens. You will fail at times. But now it is time to pick up your head and get back in the game.”

That kid could have quit, taken himself out of the game. His dad may have been a little disappointed. The truth is that kid went on to crack a massive home run. His team would go on to end up losing, but I can almost guarantee you, going home he is going to remember the home run he hit at the Little League World Series.

Not many people can say they have done that.

As I left that day, I started thinking about this series of events in light of my own kids.

Would I love them to grow up and never fail, never mess up, never miss a grounder or make an error? Absolutely.

Will Lindsey and I have rules for them that they think are stupid and break them along the way? Without a doubt.

Will they grow up and disappoint us at times where we have to sit down and have a talk with them and maybe even have discipline? Surely.

I would love to say no, but the only person who ever lived a perfect life was Jesus.

It made me think back to when I was a kid and broke my parents rules, and my dad would sit me down and say, “Josh, you really disappointed me on this one, buddy, and you know I am gonna have to discipline you.”

In my mind, I would be thinking, “Actually dad, you really don’t need to take away the car if you don’t want.”

Now,m I look back and realize my parents’ discipline was for my own good, so I would learn, they wanted what was best for me.

The other thing they always let me know was that no matter how much I would let them down, they still loved me.

I truly didn’t understand the depth of it until our kids were born. Eli isn’t even 7 years old and already he will drive me nuts, disobey me, and make me want to pull my hair out. He will look Lindsey and I square in the eye and say, “Ummmm, no,” defying us when we tell him it is time to come inside or get down.

It is crazy to think as he gets older, it is only going to get worse, but then I think about my own dumb decisions I made growing up. Yet in all his mistakes and failures, there is absolutely nothing that is going to separate the love I have for him.

He is my dearly loved child. Just like that dad whose son had an error playing baseball. His dad still loved him. Same thing with my dad still loving me all the times I lied and tried to blame my younger brother.

Now, think about this in the ways of God. In Christ, you are his adopted child, bought with a price, part of his family. If my earthly parenting love can never be separated from my child, how much greater is God’s heavenly love for you?

Instead of taking my word for it, let’s look to the author of love himself, the one with all authority and see what he has to say.

Paul writes this with inspiration from God about that love for you.

”For I am convinced that neither death nor life, neither angels nor demons, neither the present nor the future, nor any powers, neither height nor depth, nor anything else in all creation, will be able to separate us from the love of God that is in Christ Jesus our Lord.”

OK are you catching all that?

So when you trip and fall, get back up, knowing Jesus is reaching down to you saying, “I still love you.”

When you feel like a failure and can’t seem to do anything right, Jesus still died for you and is trying to lift you back up. You may want to hang your head and question if God still loves you. Don’t just take my word for it as a parent, take his word for it.

Josh Knipple is the pastor of Crucified Ministries.