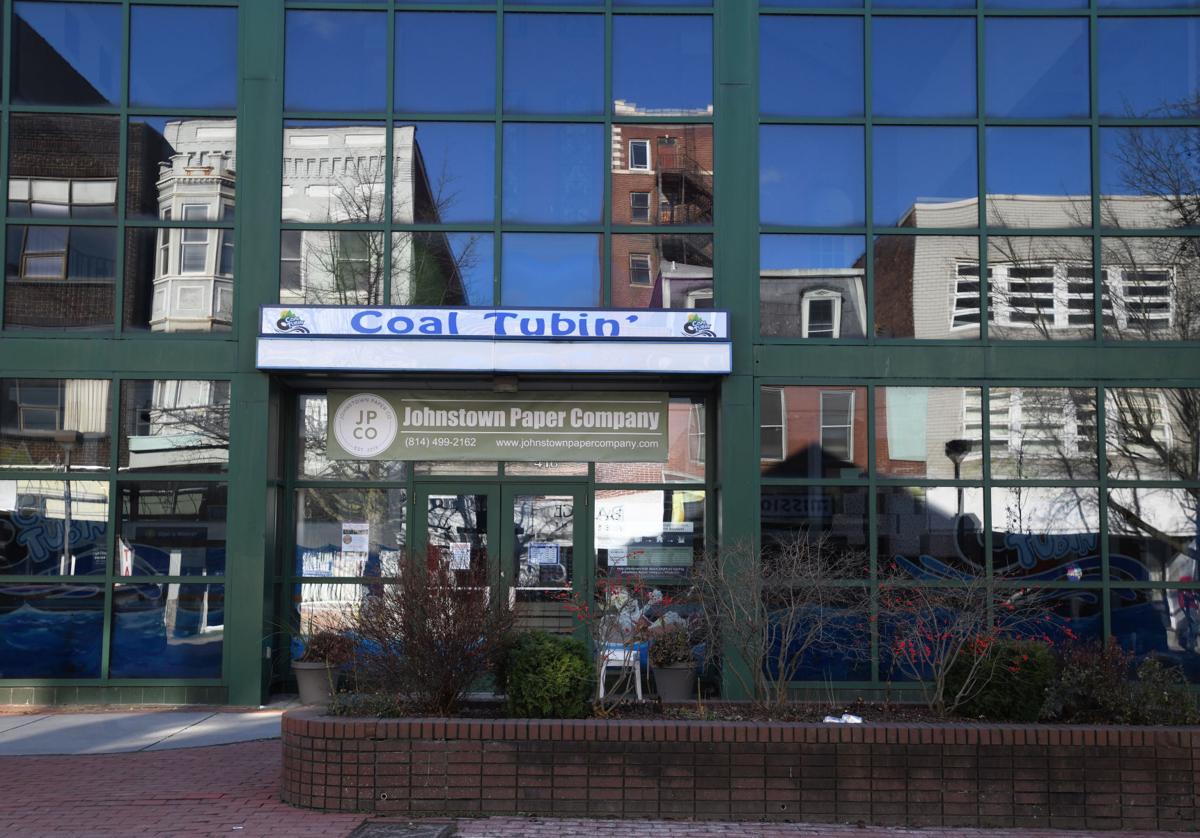 Coal Tubin' inside the Lincoln Center building, Main St. Johnstown will soon be getting some company, with a medical marijuana dispensary moving in soon. Tuesday, December 18, 2018.

Coal Tubin' inside the Lincoln Center building, Main St. Johnstown will soon be getting some company, with a medical marijuana dispensary moving in soon. Tuesday, December 18, 2018.

One of Johnstown’s planned medical marijuana dispensaries has a new owner.

Work has been underway on the space for several months to open a Johnstown dispensary under the Beyond/Hello name and, in a press release, company officials indicated that won’t change.

“Beyond/Hello currently has two fantastic locations (in Philadelphia and Bucks County) with an established brand in Pennsylvania and a loyal patient base,” Jushi CEO Jim Cacioppo wrote in a release to media.

The deal gives Jushi full ownership of Franklin BioScience’s membership interests – or, control over the LLC’s profit and voting rights within its Pennsylvania operations. Through Franklin BioScience’s Philadelphia area permits and two others, Jushi is position to establish a “major footprint” in Pennsylvania’s growing medical marijuana industry, with as many as 12 total dispensaries statewide, Cacioppo added.

Blythe Huestis, Beyond/Hello’s president, said Franklin BioScience had been exploring “partnership” opportunities with a wide range of companies and Jushi’s management team stood out at the top as the most capable of meeting the need of Pennsylvania’s 130,000 medical marijuana patients.

“We look forward to Jushi assisting us with providing high-quality products to our patients and allowing for a better and healthier quality of life,” Huestis said.

Across the state, only state-certified medical marijuana card holders can purchase the products for a list of 23 diseases and medical conditions.

Franklin BioScience has a lease deal to open its Johnstown dispensary inside a first-floor space of the former Lincoln Center now owned by the Johnstown Redevelopment Authority.

Green “Beyond/Hello” signage already decorates a few of the windows at the rear of the building alongside Lincoln Street.

Redevelopment Authority Director Melissa Komar said the authority has been kept informed of the developments and is planning to meet with the Franklin BioScience dispensary team Tuesday for a status update on the dispensary itself.

She said construction appears to be winding down on the site, which must pass a state inspection before it can open.

The authority’s five-member board is expected to receive a private tour of the dispensary’s progress, Komar said.

Buyouts common trend in the business

This isn’t the first time a state-licensed medical marijuana program permit-holder has been acquired by a larger company.

Across the state, fellow competitors in the industry have been picking up assets for months to expand their foothold in the state.

That includes Arizona-based Harvest, which holds the permit for Johnstown’s other planned dispensary – and has become one of the nation’s largest players with locations across seven states.

Pennsylvania’s Department of Health, which has set limits to the number of growing operations and dispensaries each can operate, has been monitoring the deals.

Pennsylvania’s medical marijuana guidelines permit a company to operate as many as 15 dispensaries statewide and Jushi’s acquisition falls within that number.

Beyond that, the state will continue to expect that Franklin BioScience’s operators – regardless of the company’s changing affiliations – will carry out its permit obligations, as outlined, Department of Health spokesman Nate Wardle said.

“(Franklin BioScience) is who we expect to carry out the permit and operate the (Johnstown) location,” he told The Tribune-Democrat in an email Monday.

The remainder of their officers includes legal counsel, pharmacists, medical doctors and consultants, including former state Sen. John Wozniak, who was listed on state permit-related documents as Franklin BioScience’s director of public strategy for its southwest area when Franklin BioScience’s permit was received late last year.

Wozniak was not reached for comment Monday on whether he’ll stay on board with the organization.

In December, he told The Tribune-Democrat he met Franklin BioScience officials in the summer of 2015 and introduced them to the community, working as an unpaid consultant in that capacity over the months that followed.

The Westmont native retired from the state Senate in late 2016.

People across the region could soon be able to legally purchase medical marijuana in Johnstown to treat a list of health issues.