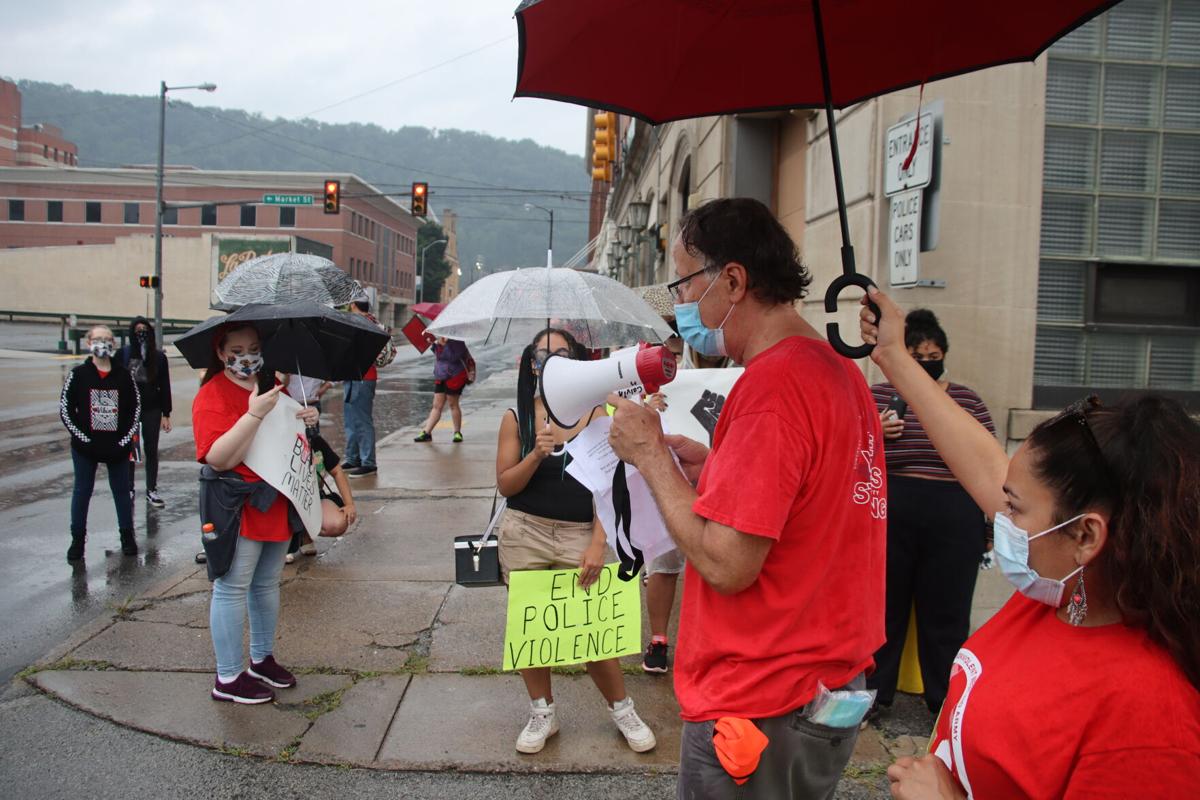 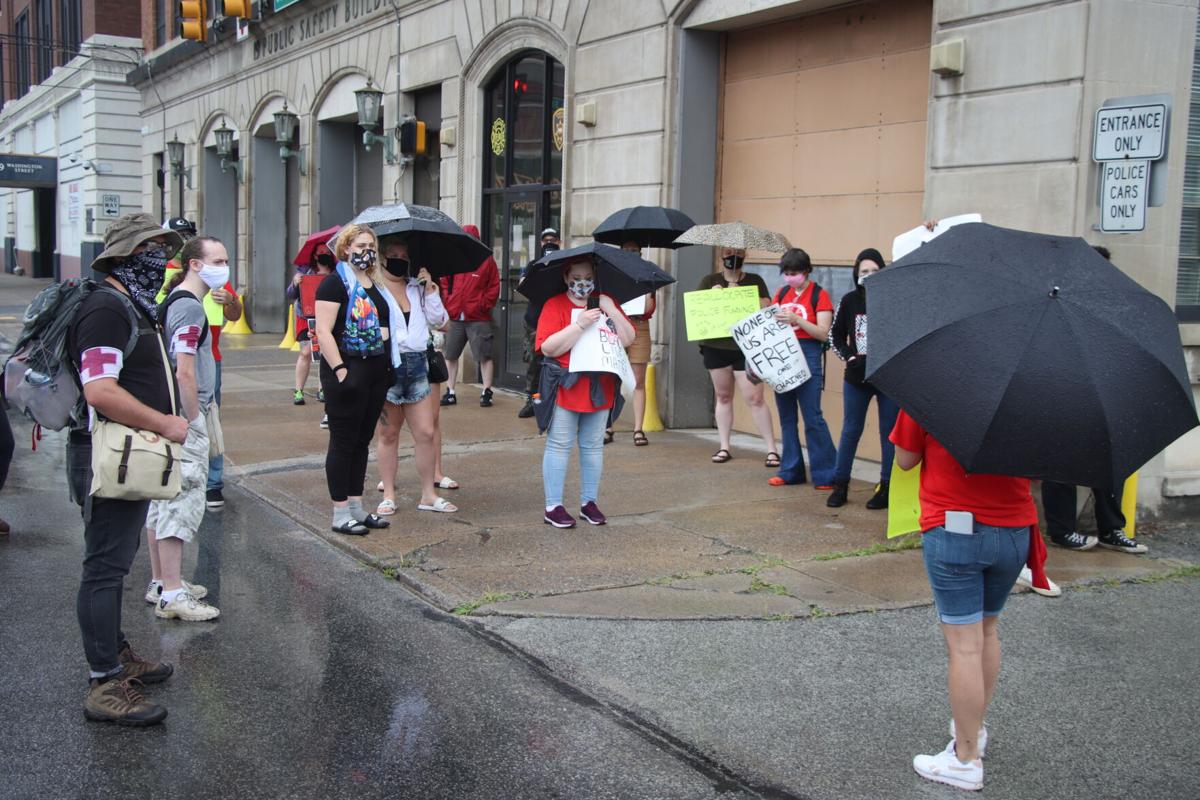 A group of about two dozen protesters demanded answers concerning recent police actions and pushed for reallocation of some of the police budget for community needs.

“We are here to keep people organized and place pressure on the city and police with concrete demands,” committee member Akilah Triplin said.

Signs and speakers claimed that 22% of the city budget is allocated to police.

From Central Park, the group marched to the Public Safety Building, where several participants shared personal stories of encounters with Johnstown police.

The march continued up Washington Street to Union Street and then along Main Street, ending at City Hall, where the group’s demands were read:

• Holding officers "accountable" for a June 17 incident where force was used during the apprehension of George Corson Jr.

• Releasing the state police report and names of officers involved in the killing Elip Cheatham on June 25, 2012, providing what the group called needed transparency in the Johnstown Police Department.

• Protecting "human rights" during the COVID-19 pandemic, including the right to health care, housing and eviction relief.

The committee is planning two virtual events next week to continue the push, Blalock said.

Internal review: Johnstown police use of force justified in capture of man who fled hospital

Johnstown Police said Tuesday a viral video that showed a police officer striking an escaped mental patient June 17 was a small segment of a nearly 26-minute interaction between the man and police trying to return him to the hospital that day.