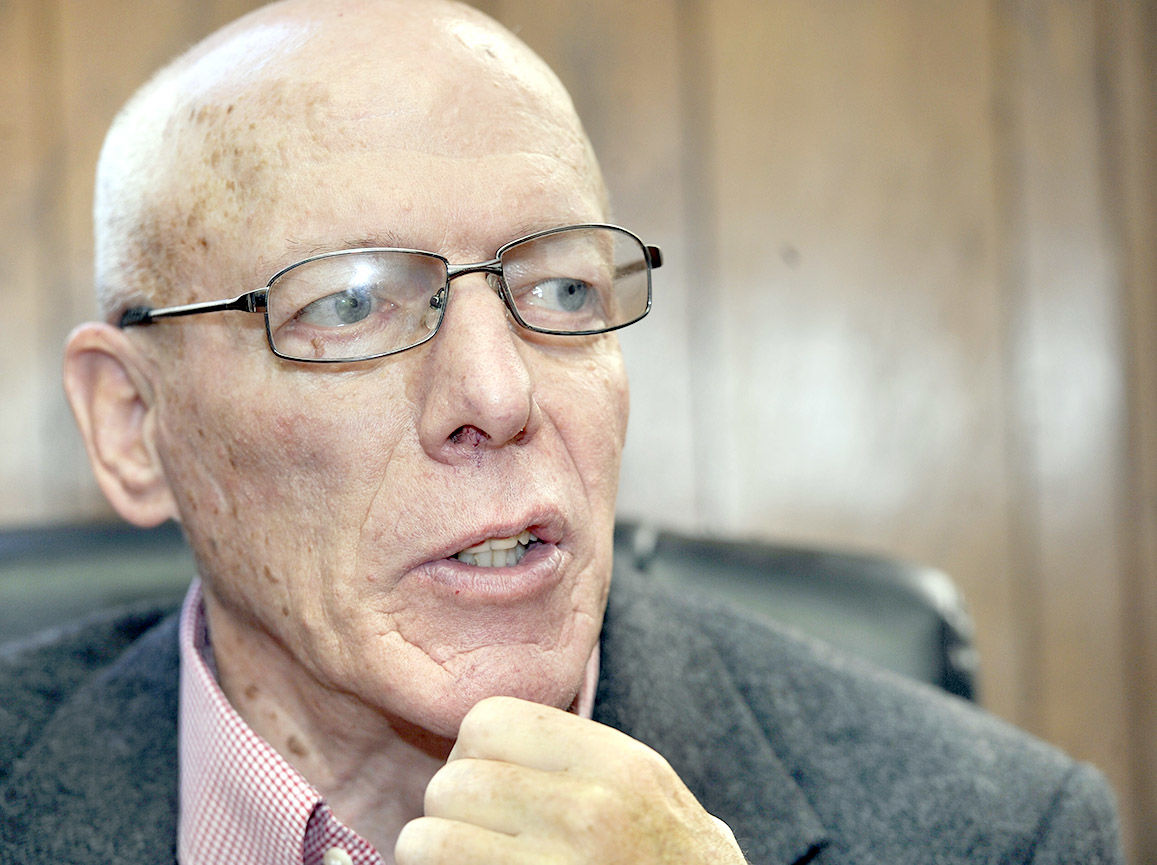 Johnstown City Manager George Hayfield responds to a question with The Tribune-Democrat’s editorial board on Friday, July 20, 2018. 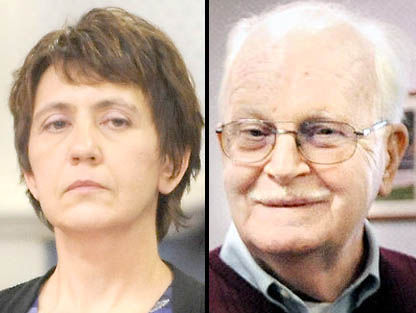 Johnstown City Manager George Hayfield responds to a question with The Tribune-Democrat’s editorial board on Friday, July 20, 2018.

In what is being described as an attempt to redress a “violation” of Johnstown’s Home Rule Charter by some and a “political stunt” by others, two members of City Council have scheduled a special meeting on Monday during which they plan to put forth a resolution calling for the resignation or dismissal of the city manager.

George Hayfield recently took off from Dec. 22 through Jan. 1, a period during which he used four vacation days and spent part of the time in the Poconos, eastern Pennsylvania.

He emailed Mayor Frank Janakovic about his plans in advance, including dates he would be out of the city, contact information, a note that Finance Director Robert Ritter would be in charge during his absence and an assurance he would return if needed during an emergency. Janakovic informed City Council about the information during a special meeting on Dec. 27 that Hayfield did not attend.

City Council members Charlene Stanton and Jack Williams believe his absence violated city law, since he did not receive approval from City Council in advance.

The charter states: “At any time the City Manager is unable to perform the duties of that office, whether because of absence or disability, he or she may delegate such authority to another Municipal employee, subject to prior approval by Council.”

Nearly identical language exists in the administration code: “At any time the City Manager is unable to perform the duties of that office, whether because of absence or disability, he or she may delegate such authority to another City employee, subject to prior approval by Council.”

“The city manager is in violation of the Home Rule Charter – the governing laws of this city,” Stanton said. “Just one of the issues leading up to this is the city manager going on vacation and not taking the required steps to designate an acting city manager. This left nobody in charge at City Hall.”

In a letter sent to council members and the city’s solicitor on Dec. 28, Stanton and Williams described the occurrence as a “City Hall fiasco” and “free-for-all” and raised concerns that the “ramifications of these actions could be disastrous, should an emergency situation within the City emerge, being that no one is in charge.”

“This pattern of no accountability in city government must end,” Stanton said. “It’s simple – just obey the laws.”

Hayfield feels he “followed procedures, according to what’s allowed by the city.”

“What it does – in our actual Home Rule Charter – it actually states that an appointment ‘may’ be made,” Hayfield said. “It’s not required. He (Williams) is making an issue out of the fact that someone was either appointed or improperly appointed. And, frankly, there was no one required to even be appointed.”

He described Williams and Stanton’s action as “just a political stunt.”

“It’s just an attempt to intimidate,” he said. “That’s my opinion. There’s nothing to it from a Home Rule Charter standpoint, but that doesn’t stop a couple council members from attempting to pull this type of stunt.”

Janakovic said he does not plan to attend the special meeting.

“This is just another ‘ploy’ to create a sense of chaos, set up obstructions and roadblocks, and gain notoriety in the press by council members Williams and Stanton – to waste money to advertise and schedule an unnecessary special meeting,” Janakovic said. “In my opinion, any of the personnel issues currently raised may be addressed at the next regularly scheduled meeting – and acted upon if warranted as determined by the majority of council at that time.

“I fully support George Hayfield as city manager and the efforts he is making to improve Johnstown and streamline city operations.”

Council’s next regular meeting is scheduled for Jan. 16.

A resolution calling for the resignation or dismissal of Johnstown City Manager George Hayfield was withdrawn during City Council’s regular monthly meeting on Wednesday.