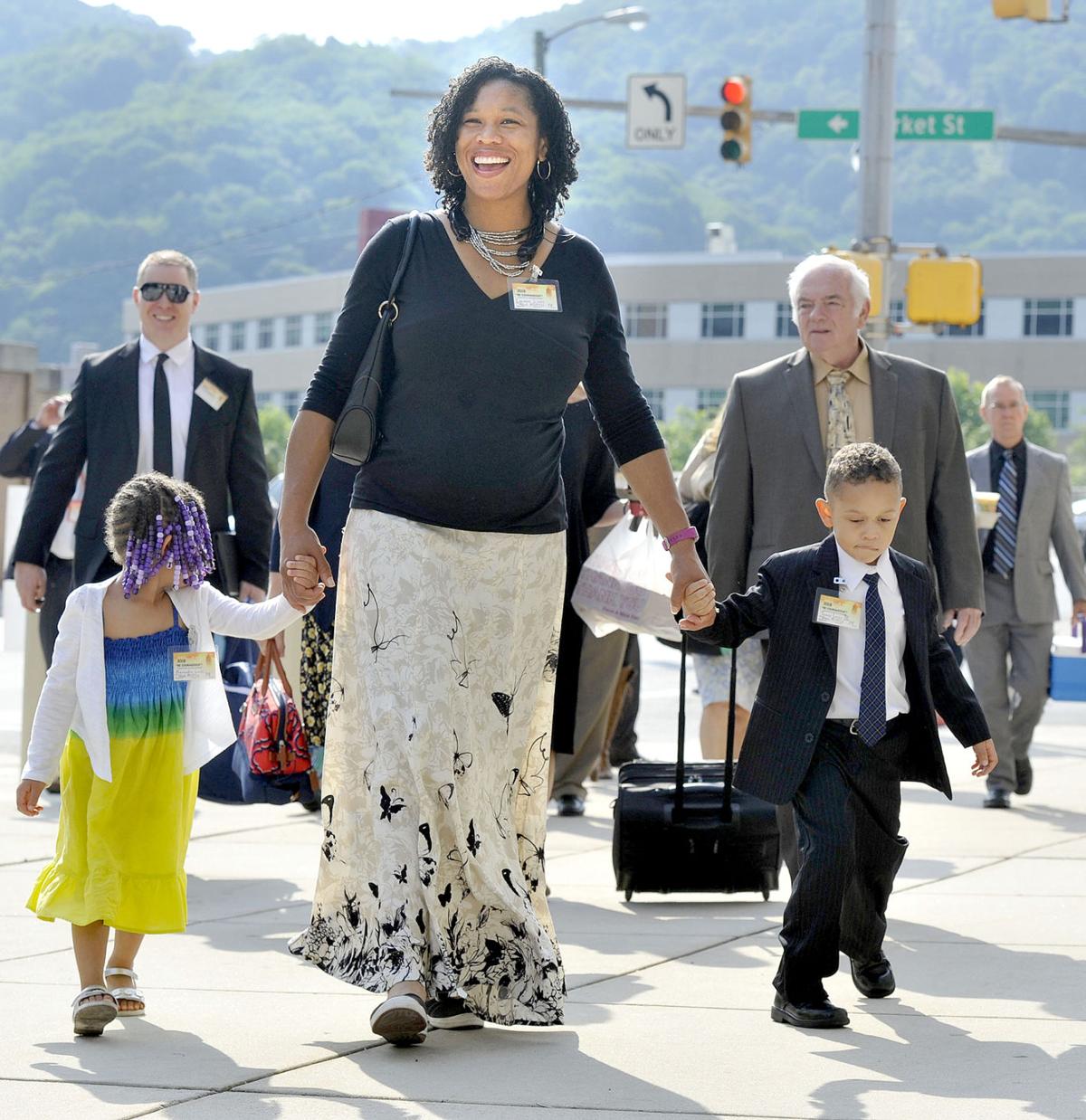 Thousands of Jehovah’s Witnesses from parts of Pennsylvania, Maryland, Virginia, West Virginia and Ohio gathered in downtown Johnstown Friday for the first day of a series of annual conventions hosted at 1st Summit Arena @ Cambria County War Memorial for the past six years.

The first of the conventions began Friday morning and will conclude Sunday afternoon. Subsequent conventions are planned for June 15-17 and June 29-July 1.

Don Baker, a local media contact with Jehovah’s Witnesses, said the theme of this year’s conventions is “Be Courageous!”

Talks and interviews, multimedia presentations, Bible-based discussions and the showing of feature film “The Story of Jonah – A Lesson in Courage and Mercy,” are all focused on preparing attendees to prepare for tests many Christians face, Baker said.

“It’s not just a review of doctrine, it’s really about taking it home,” he said.

Highlights of the three-day event include stories of real people – and even five animals – teaching about courage, practical lessons of ways to face present and future challenges with courage and discourse about why Jesus told a grieving father, “have no fear.”

Sunday will begin with a Bible-based talk entitled “The Resurrection Hope Imparts Courage – How?” and will conclude with the feature film, which will illustrate why Jonah feared his assignment and ran away.

Dominique Borreggine, 20, of Murrysville, was present for her second year of attendance at the convention and planned to be baptized this weekend.

After studying the Bible for a few years, Borreggine said she felt called to take a stand in a faith she said has answered all the questions she’s had.

“It’s easy to get lost in the world today,” she said.

“I think it’d be encouraging for (people my age)” to attend the conventions, she added.

James Peters and Eric Mills, both of Altoona, were two of several volunteers present Friday morning at the arena, which they said was cleaned and prepared by more than 700 volunteers from five states last weekend.

“There’s a lot of friendships that are formed.”

Admission: none, no collection taken

Meeting others is one of the aspects of the convention that continue to draw David and Hannah Gordon from their home in Winchester, Virginia, to Johnstown each year for the event.

“That’s the beauty with this,” David Gordon said of having the opportunity to meet and build friendships with others.

The couple has been attending conventions in Johnstown since it was first hosted at the arena and say they love the small-town feel of the city.

“(The convention) builds you up in your faith,” Hannah Gordon said.

“It gives us hope for the future.”

David A. Semonian, spokesman for Jehovah’s Witnesses, said the theme for this year’s conventions is a topical one people will be able to relate to.

“When you look at the news today, you can clearly see that people of all ages are dealing with more anxieties and fears than ever before,” he wrote in a press release.

“It takes courage to face these pressures. We welcome everyone to this year’s conventions to benefit from the practical advice that’s contained in the Bible.”

The public is invited to attend the remaining days of this weekend’s convention and those scheduled in the coming weeks. There is no admission charge and no collection will be taken.

For a complete program of events, visit www.jw.org/en/publications/books/convention-program-2018.