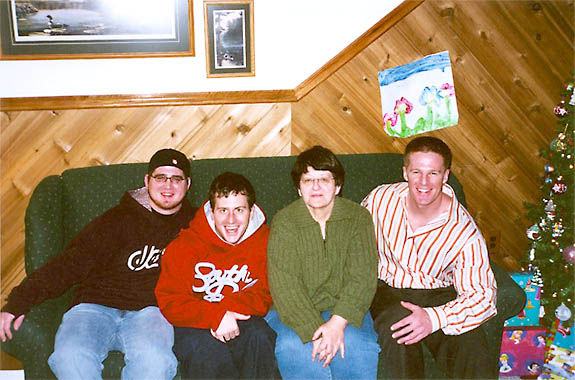 The Snyder brothers (from left) Josh, Todd and Jason with their mother, Melissa, at Christmas 2004. Todd died about a month later from a drug overdose. Josh died in 2007, also as the result of a drug overdose. 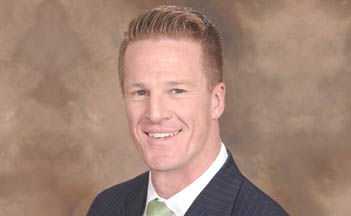 The Snyder brothers (from left) Josh, Todd and Jason with their mother, Melissa, at Christmas 2004. Todd died about a month later from a drug overdose. Josh died in 2007, also as the result of a drug overdose.

Five years ago, I did everything I could to keep the house of cards that my life had become from collapsing.

I tried desperately to keep my addiction to prescription pain pills a secret. I denied I was addicted. I was loaded with guilt and fear. There was no way I was admitting to being an addict, no way was I going to get treatment.

I could not be one of “those” people.

Now, not only do I not hide the fact that I am in recovery from the disease of addiction, I regularly tell my story and that of my family publicly without batting an eye.

The stigma that locks up so many people with the disease of addiction and keeps their loved ones in prisons of shame is the very reason I speak out. One of the most effective ways of overcoming stigmas and changing minds is telling our stories of addiction and recovery.

I tell my family’s story in an effort to help others who believe they’re alone or who believe that no one understands or cares. I tell our story to demonstrate that addiction can and does affect anyone.

But not all of my family is comfortable telling our story, especially my mother, because our lives were never supposed to be like this. My parents – Dean and Melissa – were not supposed to live the nightmare of drug addiction and bury two of their three children because of overdose deaths.

My mother and father have been married for nearly 45 years. I am the oldest of their three boys. My dad worked to provide us with everything we needed and most things we wanted as we grew up in Mundys Corner. He coached our baseball teams as we made our way up from tee-ball to Pony League in the East Taylor-Jackson organization.

He took us hunting. He took us on nice vacations.

My mother was a stay-at-home mom for much of our lives, active in the Parent-Teacher Association. She was very involved in our academics as we worked toward graduation from Central Cambria High School and went on to college. She was very involved in our extracurricular activities. She came to our football games and watched me play in the Ken Lantzy Finest 40 All-Star game at Point Stadium.

We went to church in Portage every week, and my family also spent Sundays with our maternal grandmother.

During those years, addiction was not on our radar screen. It simply did not happen to families such as ours.

Until it took center stage.

In 2005, my brother, Todd, died at age 28 of a heroin overdose. Though we knew Todd was in trouble and declining for years, his death was a shock.

When it happened again little more than two years later, when my 25-year-old brother, Josh, died of a drug overdose in 2007, we were devastated.

This family into which so much had been invested was dismantled.

I was the last man standing, so to speak, making it that much more difficult for me to tell my parents in 2011 that I was entering inpatient drug rehab. So far, my story has a happy ending, and I know my parents are proud of me and take joy in our time together today.

But make no mistake. There are holes in their hearts that will never heal, and as much regret as I feel about the things I should have done with and for my brothers, and as much sadness as I feel when I come to the realization once more that I will never speak to them again, I cannot imagine what my parents feel.

Unless you have buried two of three children to drug overdose deaths, you cannot possibly know what my parents feel.

I surely do not.

Some things I do know, however.

I know my mother believes there are people who think her sons got what they deserved.

Unfortunately, she is right.

There are plenty of people ignorant of the disease of addiction who quickly pass judgment. My mother recently said that people only remember Todd and Josh for how they died, not for their lives, which were good for many years.

My mother and father think they failed their sons, that they should have done something different somewhere along the line. Although the shame and guilt I felt during my years of substance abuse and addiction have greatly lessened, my mother is racked with that pain.

More than 11 years after Todd’s death and nearly nine years after Josh’s death, my mother cannot have a conversation about her dead sons without crying.

If we looked at the disease of addiction as we do other diseases – with compassion and support – and if we provided adequate resources to treat addiction the same way we treat other diseases, the stigma-related isolation my mother and so many other victims of addiction experience would be lessened.

Fewer sons and daughters and brothers and sisters would be dead.

We have a long way to go, though, until we reach the point where “those” people are looked at and cared for without discrimination and loathing.

Our story is sad, but I tell it as my way of working toward that end and against stigma. I tell it in an effort to help other people know they are not alone and that I understand.

And I tell it to honor my brothers’ lives.

They’re gone, but I can use their stories in a positive way. I know my brothers would have no problem with me doing so.

Jason Snyder is a native of Cambria County and communications director for the Pennsylvania Department of Drug and Alcohol Programs.