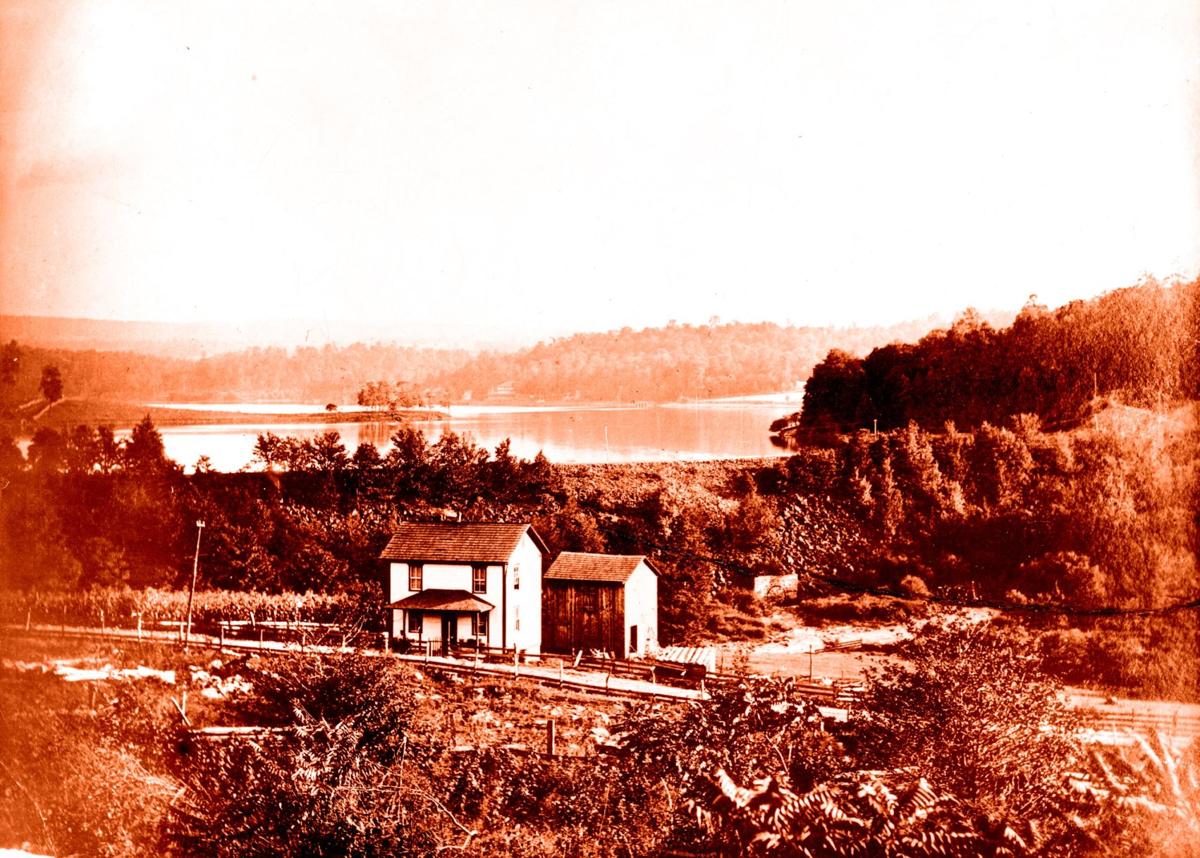 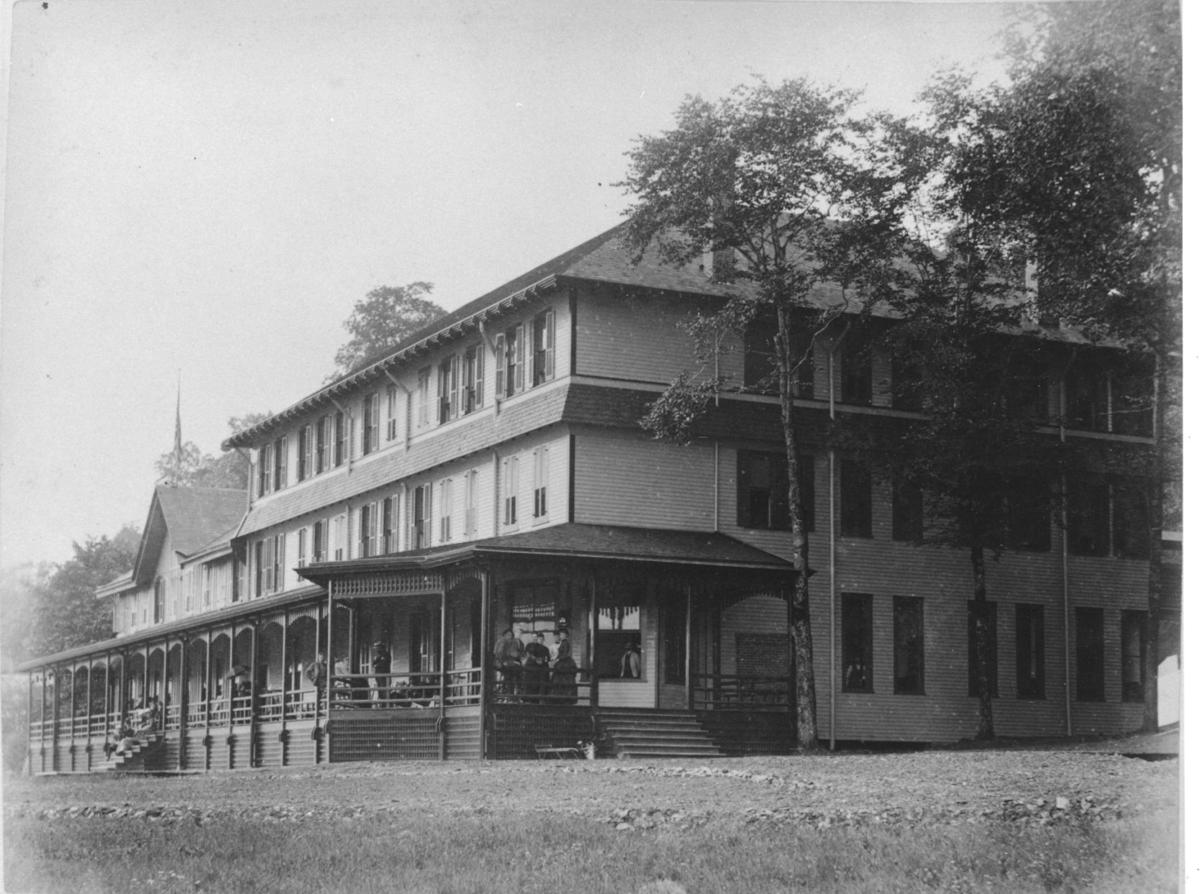 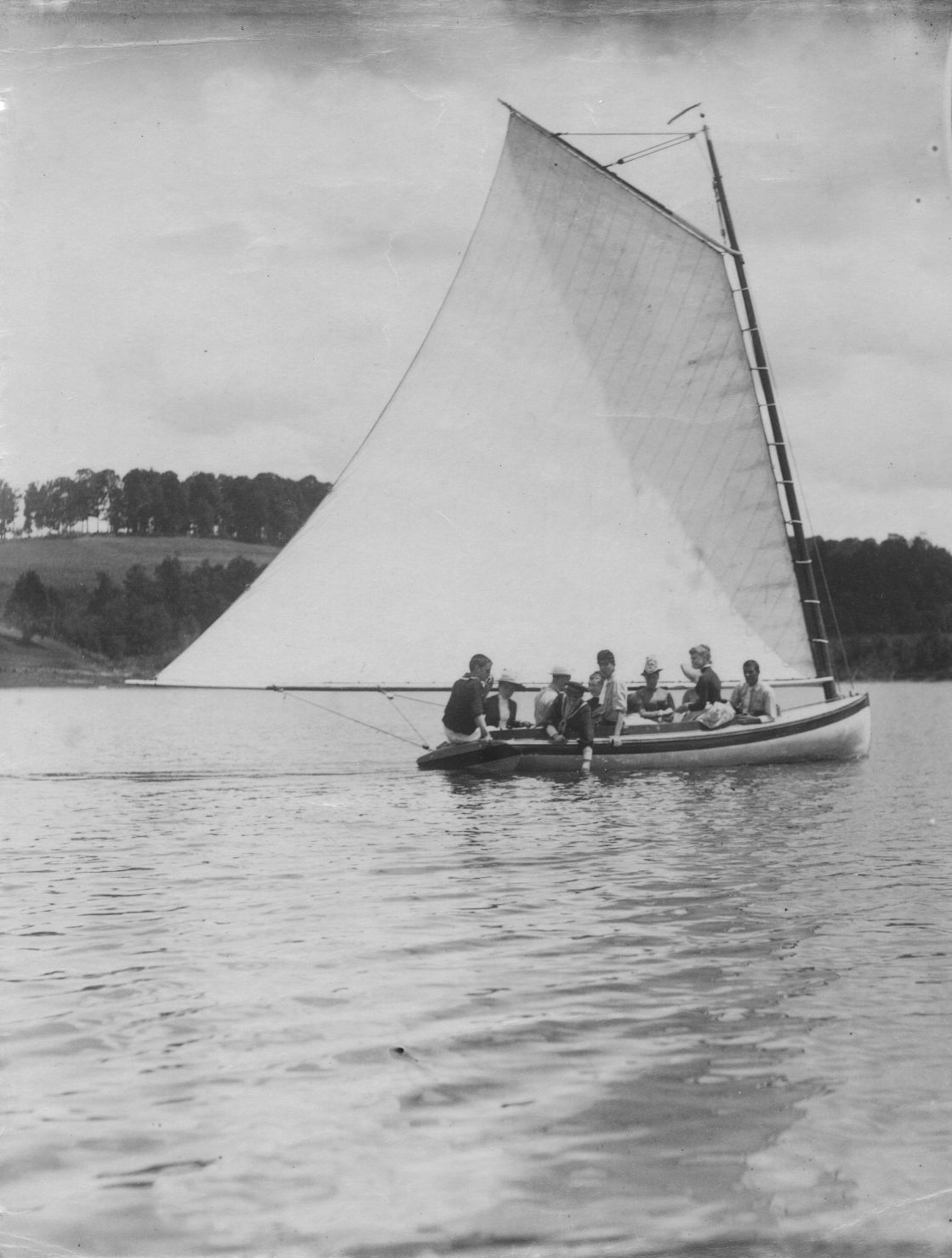 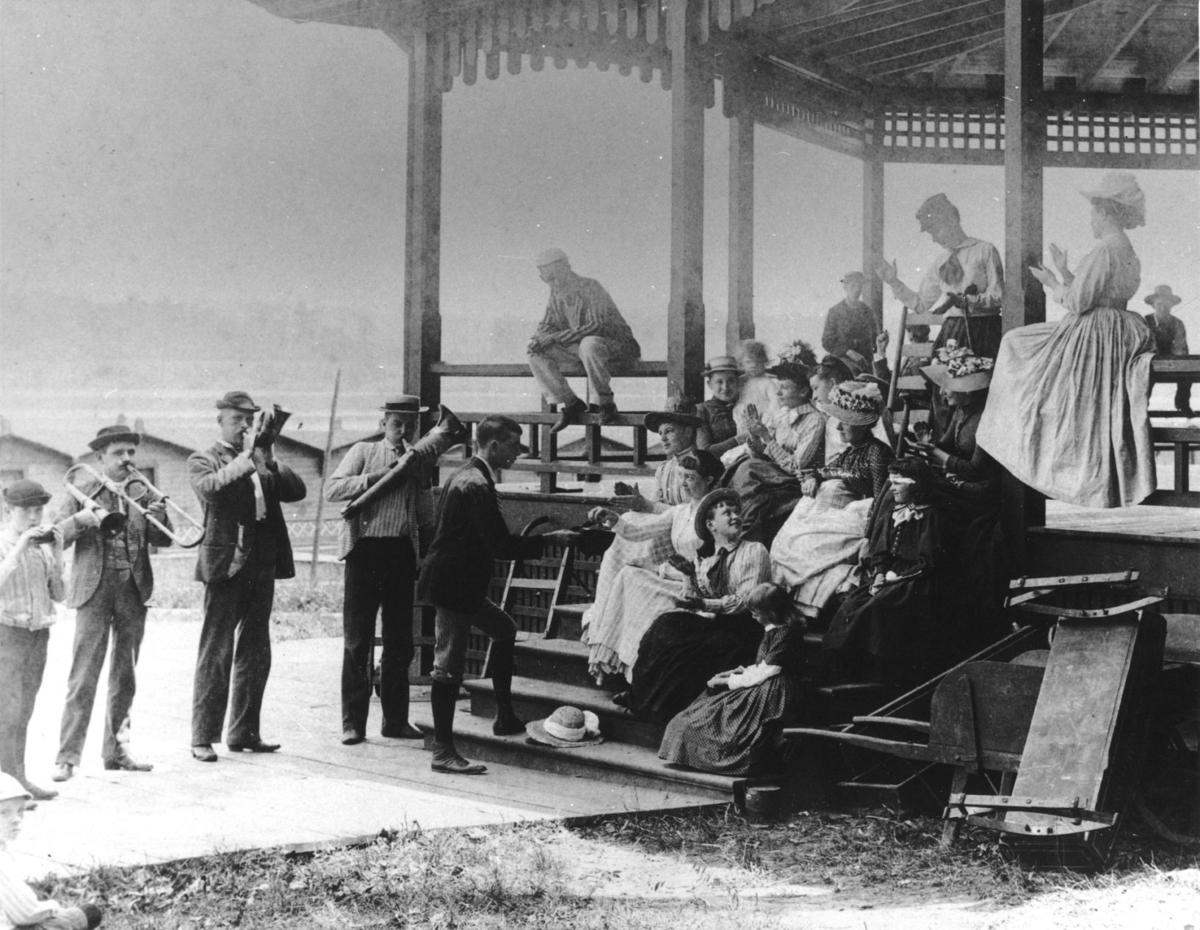 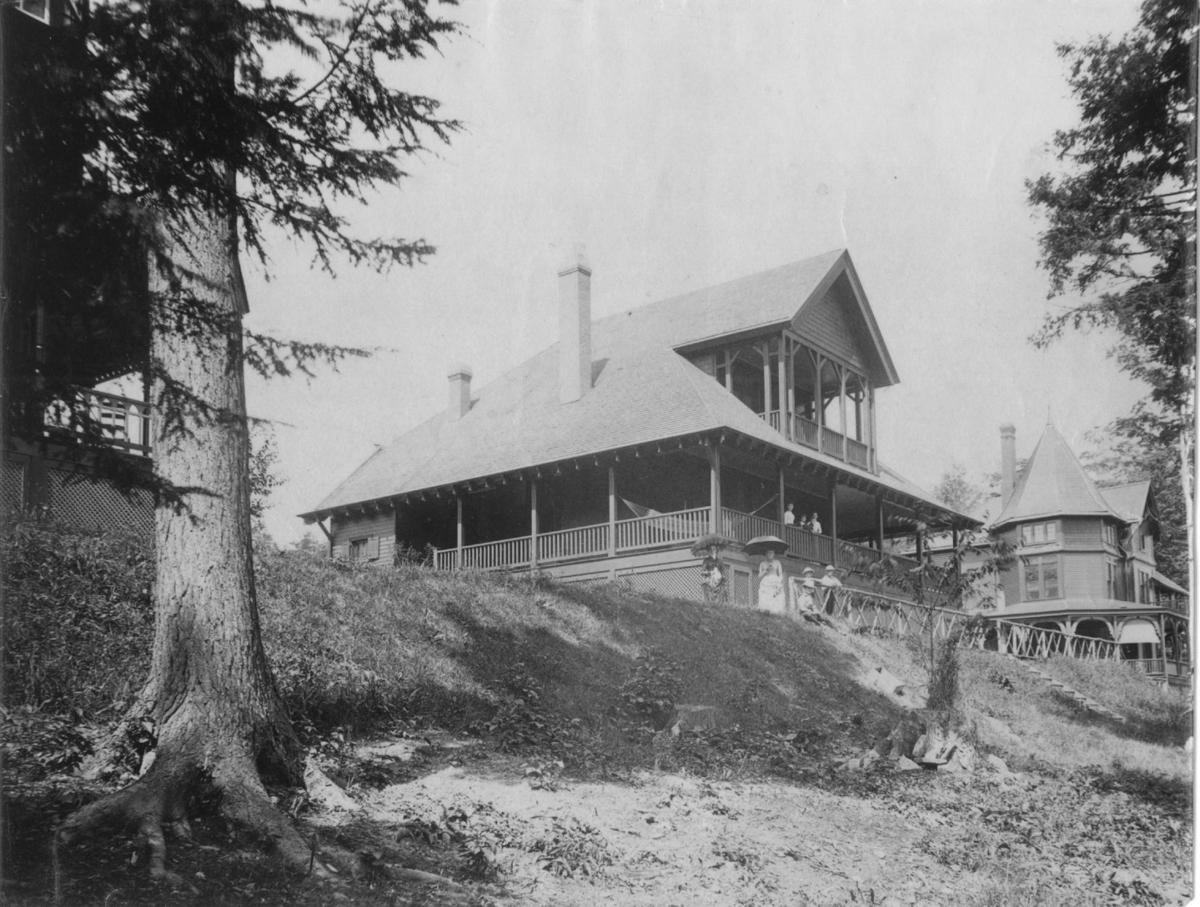 One hundred twenty-five years have passed since the industrial leaders of the day – with names like Carnegie, Mellon and Frick – last relaxed and recreated on the South Fork Fishing and Hunting Club’s Lake Conemaugh shores.

And it’s been nearly as long since engineers of the day publicly – and controversially – exonerated their club from liability of the 1889 Johnstown Flood – an ever-debated, and still evolving, story that continues to fascinate today, Johnstown Area Heritage Association President Richard Burkert notes.

“I think that is a big part of why the story of the flood remains so intriguing today,” Burkert said. “When you talk about how much fault lies on the club ... it’s still controversial.”

In the generations since what was once dubbed the nation’s worst natural disaster, historians, writers – and even hydrologists – have delved into the disaster’s cause, with most saying the flood should be reframed as a tragedy caused not by nature, but a neglected, man-made dam.

“We’ve had visitors who are normally very mild-mannered suddenly become very excited when the topic of the club is brought up. They firmly believe the club members themselves were to blame for all of those deaths,” said National Park Service Ranger Nathan Koozer, who says the Parks Service’s National Flood Memorial’s mission is to present known facts and allow visitors to draw their own conclusions.

“After all,” he said, “there’s never been a clear-cut conclusion.”

How it all began

The dam was built in the 1840s and early ’50s, decades before the Fishing and Hunting Club was established. At the time, it was needed as a valuable water source along the western end of the state’s Main Line Canal.

The dam would exchange hands twice in the years that followed, first under the Pennsylvania Railroad, which let the property sit unattended, and then, in 1875, in Altoona congressman John Reilly’s hands, Burkert said.

Reilly saw the land as an investment opportunity, but had no such luck. By 1879, he ended up selling the site to the South Fork Fishing & Hunting Club’s original incorporators at a loss.

Before the deal was done, Reilly removed the dam’s cast-iron discharge pipes and sold them for scrap, Burkert said.

Without those pipes, future owners couldn’t drain the lake for repairs. And by that time, that was among numerous maintenance items the dam needed, Burkert added. The dam had already broken once near its stone culvert in 1862.

The club’s founder, Benjamin F. Ruff, was a railroad tunnel contractor and sometime coke salesman. He was also a close friend to powerful Pittsburgh industrialist Henry Clay Frick, who became a co-founder and “mouthpiece” for the club, Burkert said.

Ruff hurried repairs to the dam, boarding up the stone culvert and dumping in stone, mud, hay and other materials, according to David McCullough’s book, “The Johnstown Flood.” The repairs quickly washed away.

Ruff ended up lowering the height of the dam to improve wagon access to the clubhouse, Burkert noted.

Dam repairs followed, but Ruff “never rebuilt it to original specifications,” Burkert said, adding that the club did not turn to engineers with dam-work expertise to handle the task.

There was local concern. Daniel J. Morrell, general manager of the Cambria Iron Co., sent his own engineer to inspect the dam but, his list of concerns was dismissed by Ruff, Burkert said. Morrell joined the club to continue to push his concerns, but he died by the mid-1880s.

By then, the club had grown to dozens of members. Its clubhouse was built in 1881 and several private cottages were built around it.

By 1889, at least a dozen cottages – some multi-story – joined the clubhouse, overlooking a lake that spanned several miles, Koozer said.

The South Fork Fishing and Hunting Club and Lake Conemaugh may have served as a getaway for some of western Pennsylvania’s elite, but it wasn’t a necessarily luxurious one, Burkert noted.

“It’s a mistake to think this was some sort of big, fancy place,” he said. “It was more of a rustic getaway ... the draw was the surroundings – the lake, the mountains and the air.”

Club members and guests fished the lake, which was regularly stocked with Lake Erie black bass. They rowed and sailed on Lake Conemaugh’s waters and hunted along its shores. The club offered a recreational retreat from city smoke and soot. And it was still close enough to hurry back to Pittsburgh business in short order, if necessary.

“For the area, the clubhouse might have been considered fancy ... but for them, the fun was outside. The clubhouse was simply a place to put their head at night,” Koozer said.

Members paid $800 in yearly membership fees and dues, and, in turn, were given two weeks’ stay at the clubhouse if they didn’t have a private cottage of their own, he added.

“I think a lot of them believed they invested in the club. And it was up to the club maintenance staff to ensure the property and the dam were in the best condition possible,” Koozer said. “Many probably assumed that dam was taken care of properly.”

The Johnstown area had already experienced some spring flooding when a western storm moved in on May 30, historical accounts show.

According to a monthly Pennsylvania weather review for May 1889, Johnstown had received 2.4 inches of rain by 11 a.m. May 31, less than four hours before the dam reportedly broke.

The storm’s total has been estimated at 6 inches – less than half the 1977 flood’s totals.

But exact totals weren’t available because a weather observer was killed in the flood, then-Pitt-Johnstown geology department instructors Uldis Kaktins, Carrie Davis Todd, Stephanie Wojno and Neil Coleman reported in a 2009 report re-examining the timeline and events leading to the flood.

The educators used GIS data to map the lake’s depth and boundaries, and looked at similar dam failures and issues with the South Fork dam itself to offer a new look at what happened that day.

They estimated the dam broke shortly after 2:50 that afternoon.  Much of the rest is history, as a wave of water they say at one point equalled the Mississippi River’s flow gushed down into the valley below, killing more than 2,200 and causing $17 million in damage.

The flood and famed relief effort quickly gained the nation’s attention – and soon the focus turned onto the millionaire club members who vacationed along the lake, Burkert said.

Some club members joined the relief effort. Steel magnate Andrew Carnegie built a library for the city that still exists as the Johnstown Flood Museum. He and Frick were among those donating thousands of dollars toward the cleanup. Others donated their industrial resources.

But to many across the country, it didn’t matter, Burkert said.

“These were people who represented what was then a new class of industrial wealth ... and it didn’t take long before the sentiment among the rest of the country was ‘How can they get away with this?’ ” Burkert said, noting no criminal charges were filed and lawsuits were abandoned after engineers’ studies said the dam would have failed regardless of its condition. “There was a feeling that still resonates in America today that if you’re rich enough, you’re above the law.”

Kaktins, Todd, Wojno and Coleman’s findings concluded that it’s “quite clear that the club had overwhelming culpability for the tragedy,” but noted the club’s exact actions and inactions regarding the dam were secretive and no club documents were ever uncovered.

Burkert doubts many club members understood the issues the dam faced in the months and years leading up to the Great Flood.

While some, like Frick, were heavily involved Fishing and Hunting Club regulars, others – such as Carnegie – may not have even stayed a single night there, despite being early members.

“We may never know what they knew about the dam,” Koozer said.

But that may not have mattered if the event happened today.

State courts, partly fueled by the flood’s wake, adopted laws permitting even non-negligent defendants to be held responsible for damages caused by the unnatural use of land – and many liability laws followed, said Johnstown lawyer Ronald P. Carnevali Jr., who studied the 1889 flood’s legal aspects.

“If it had happened today, there’s no doubt, in my mind, the club would have been responsible for all of the losses,” Carnevali said.

"The Johnstown Flood" rekindled local and national interest in the event and started David McCullough on a career in which he has become one of America's most preeminent historians ever.