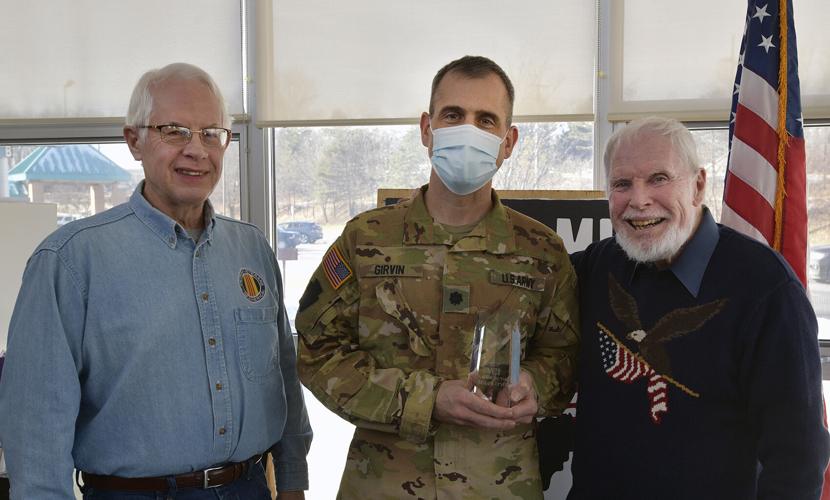 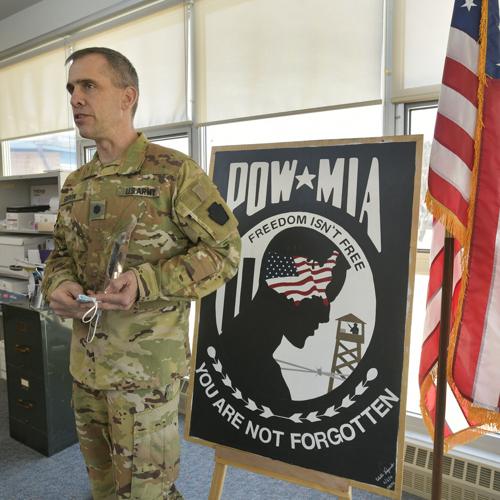 Army Lt. Col. Mike Girvin, speaks about the honor of receiving the VCI Veteran of the year Award during a brief ceremony at the VCI office at 727 Goucher st., Johnstown on Tuesday, January 11, 2022.

Army Lt. Col. Mike Girvin, speaks about the honor of receiving the VCI Veteran of the year Award during a brief ceremony at the VCI office at 727 Goucher st., Johnstown on Tuesday, January 11, 2022.

JOHNSTOWN, Pa. – Numerous supporters of local veterans and military personnel, including a prominent Pennsylvania Army National Guard lieutenant colonel, several nonprofits and Veteran Community Initiatives board members, were honored on Tuesday afternoon for the contributions they made last year during an awards ceremony.

But, since some were not able to attend, including Veteran of the Year Lt. Col. Mike Girvin, VCI held an informal second event at its solarium in Upper Yoder Township.

President and CEO Tom Caulfield said VCI was “recognizing and rewarding outstanding individuals and organizations within the community for doing positive things in the veteran community.”

He previously served in Bosnia, Kosovo and Iraq. A 2020 U.S. Army War College graduate, Girvin is the commander and supervisory instructor pilot with the Army Aviation Support Facility in Cambria County.

The Veteran of the Year recognition has been given out annually since U.S. Rep. John Murtha, a Marine, was the first honoree.

“If you look at the list of names that date back to 2001 with John Murtha, with every one of those individuals and organizations a couple years, it’s about serving,” Girvin said. “Being a veteran, being in the community, it’s a matter that with all the recipients of (the) Veteran of the Year (award) that the common theme is that we continue to go out and try to help other veterans.”

Robert Eyer and Alanna Wilson were named VCI’s co-board members of the year.

“I try my best to keep up with everybody on this board,” Wilson said. “The fact that they recognize that I was a board member of the year was shocking. I was truly shocked and taken back, really humbled by that.”

Elks Lodge No. 175 holds an annual Rally for Valor motorcycle ride that raises funds for VCI. Dennis McKolosky, president of the lodge’s riders group, and Exalted Ruler Stephen Pappas accepted the award on behalf of the volunteers who participated.

“It means to me that there are a lot of people behind the scenes, not just me,” McKolosky said. “I almost feel guilty being the one presented with it.”