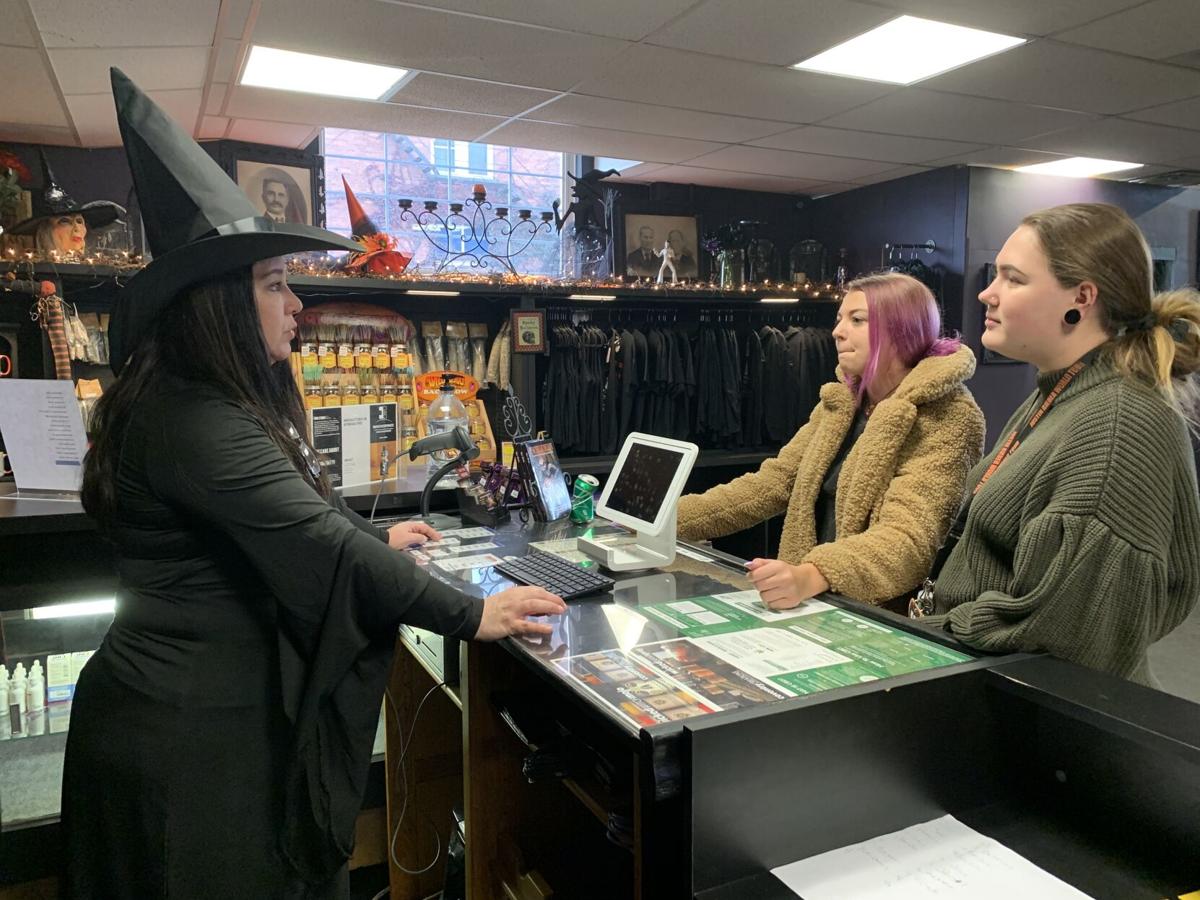 Leah Altemus (left), The Black Raven shop owner, speaks to customers Ashlee Shuster and Maylee Roman about the tarot readings offered in her store during the grand opening of her new location Saturday, Oct. 10, 2020 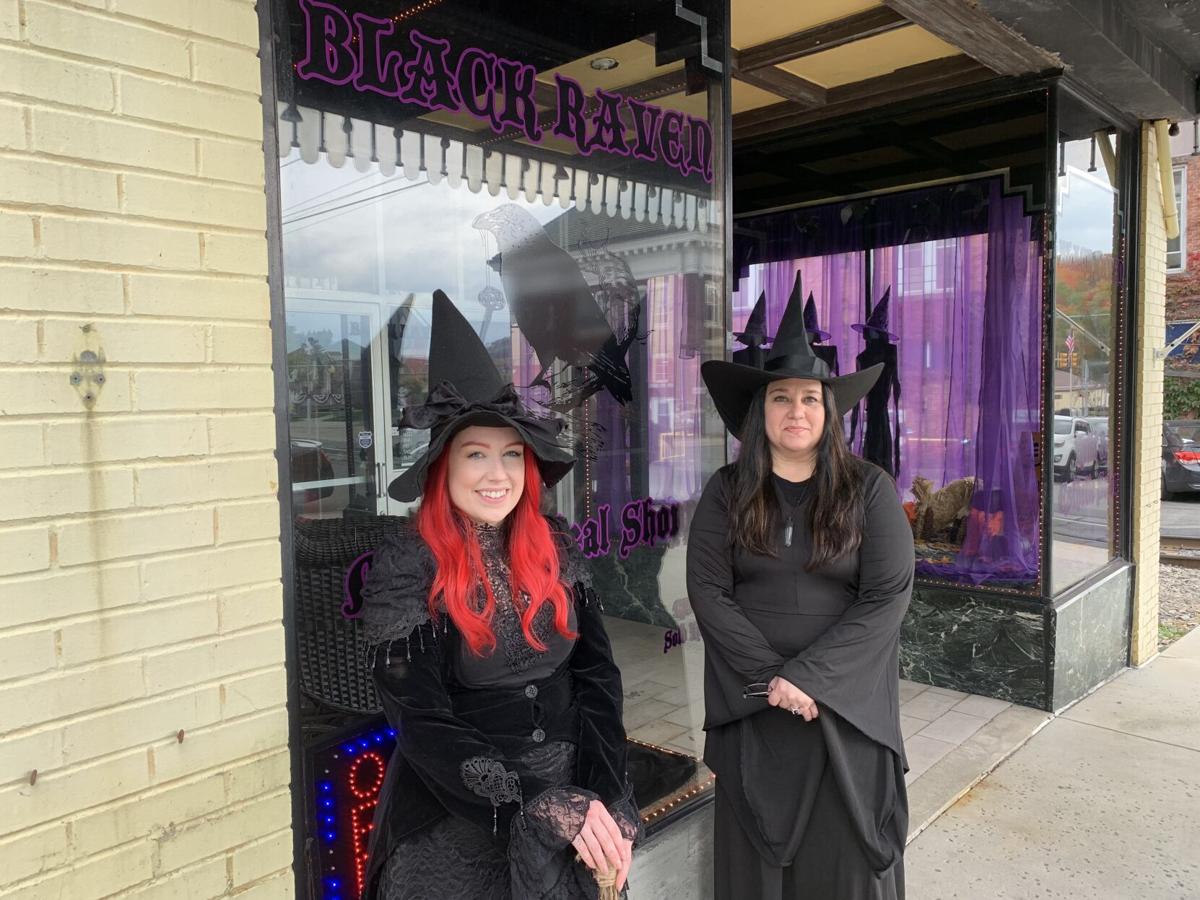 Leah Altemus (left), The Black Raven shop owner, speaks to customers Ashlee Shuster and Maylee Roman about the tarot readings offered in her store during the grand opening of her new location Saturday, Oct. 10, 2020

WINDBER – Just in time for the Halloween season, Leah Altemus held a grand reopening event Saturday for her metaphysical shoppe, The Black Raven.

Altemus had launched her business in 2017 at a location on Graham Avenue in the borough, but decided to move the operation to the 510 15th St. address earlier this year.

However, the second location needed work.

Altemus described it as an "open warehouse" style space and started on "serious renovations" that included a dedicated area for the store and and an attached "salon" with private rooms.

But Altemus couldn't fully open her shop after the work was done due to the COVID-19 pandemic, which has kept her business as a curbside service for the past few months.

With the arrival of autumn, Altemus decided to not let the pandemic dampen the spirit of this time of year and opened the doors.

From 1 to 9 p.m., customers were free to enter the decorated doors and walk down the flight of stairs where Altemus met them dressed as a witch.

Her store features an array of items from books, clothes and incense to crystals, candles and now reiki healing and tarot readings.

"I'm very much into the metaphysical and healing the body, mind and soul," Altemus said.

During the grand opening event, employees Mikey Anthony and Alyssa Marie were on hand for readings, and local author Ruschelle Dillon was available from 5 to 9 p.m. to sign her book "The Stain."

Derek Podrasky, his wife, Hannah and their children stopped in to check out the new offerings.

Podrasky said the family members were regular customers at the previous location and wanted to see the new space.

Mylee Roman and Ashlee Shuster were also customers at the old shop and happy to be able to peruse the wares again.

"It is so cool," Shuster said.

The girls both had a tarot reading done while they were there and were pleased with the results.

A large inspiration for The Black Raven is Altemus's fascination with Salem, Massachusetts, and the witch trials there.

She said Windber has a similar "vibe" to that area and "holds a lot of history."

Altemus added that there's something about this time of the year that brings the town alive.