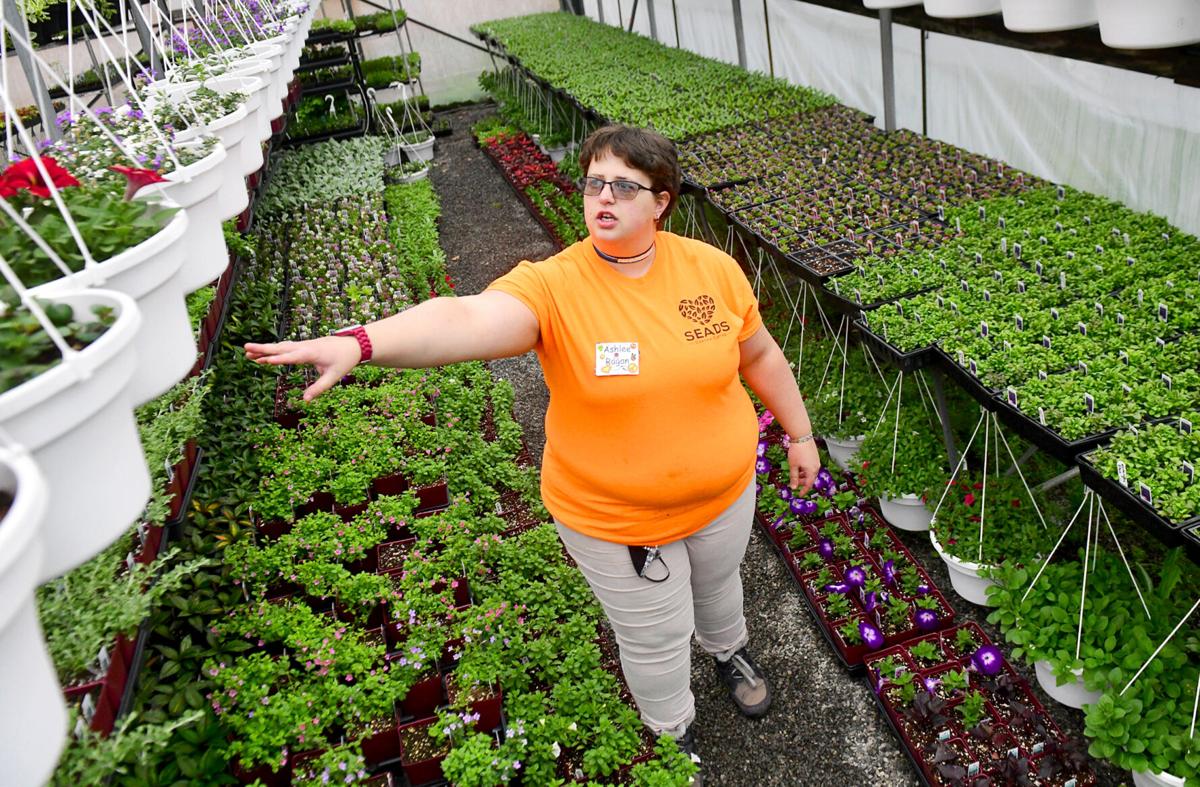 Ashlee Ragan, SEADS Garden Center employee, points to a variety of floral hanging baskets in the nursery’s greenhouse located on Bucknell Avenue in the Westmont section of Johnstown on Wednesday, March 31, 2021. 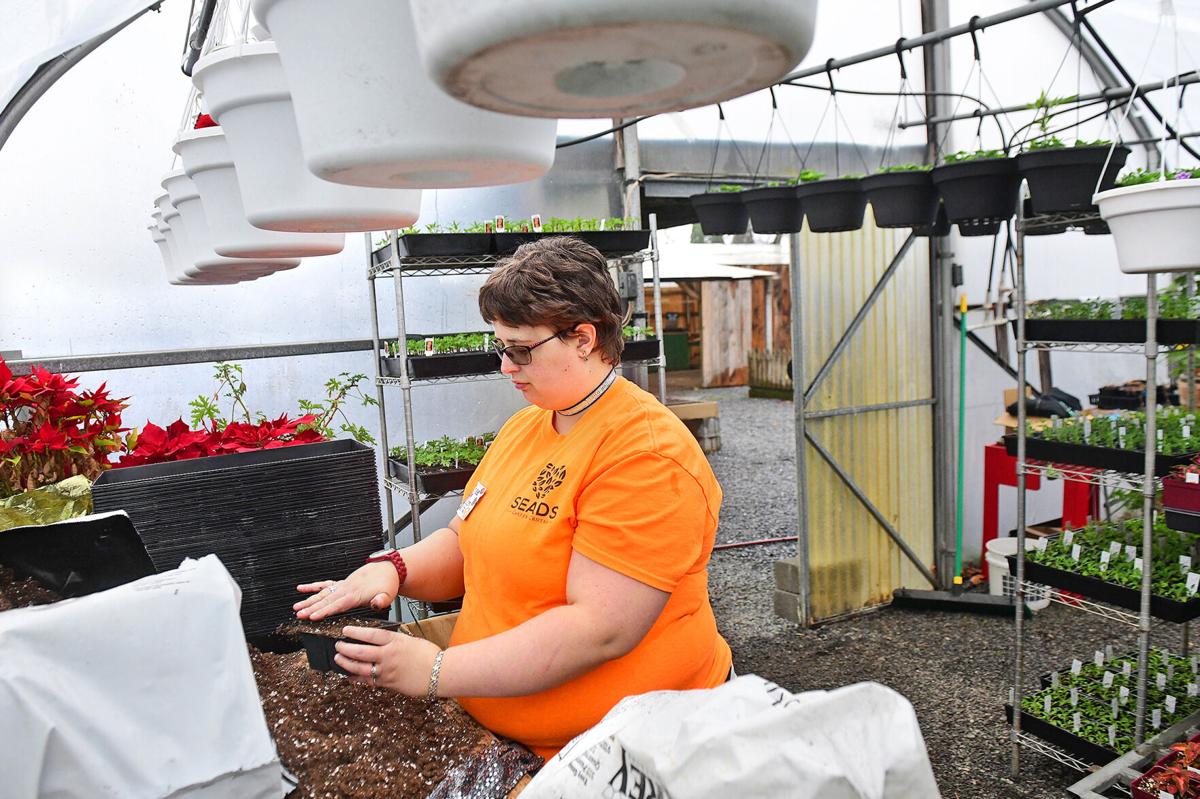 Ashlee Ragan, SEADS Garden Center employee, fills a planter with soil in the nursery’s greenhouse located on Bucknell Avenue in the Westmont section of Johnstown on Wednesday, March 31, 2021. 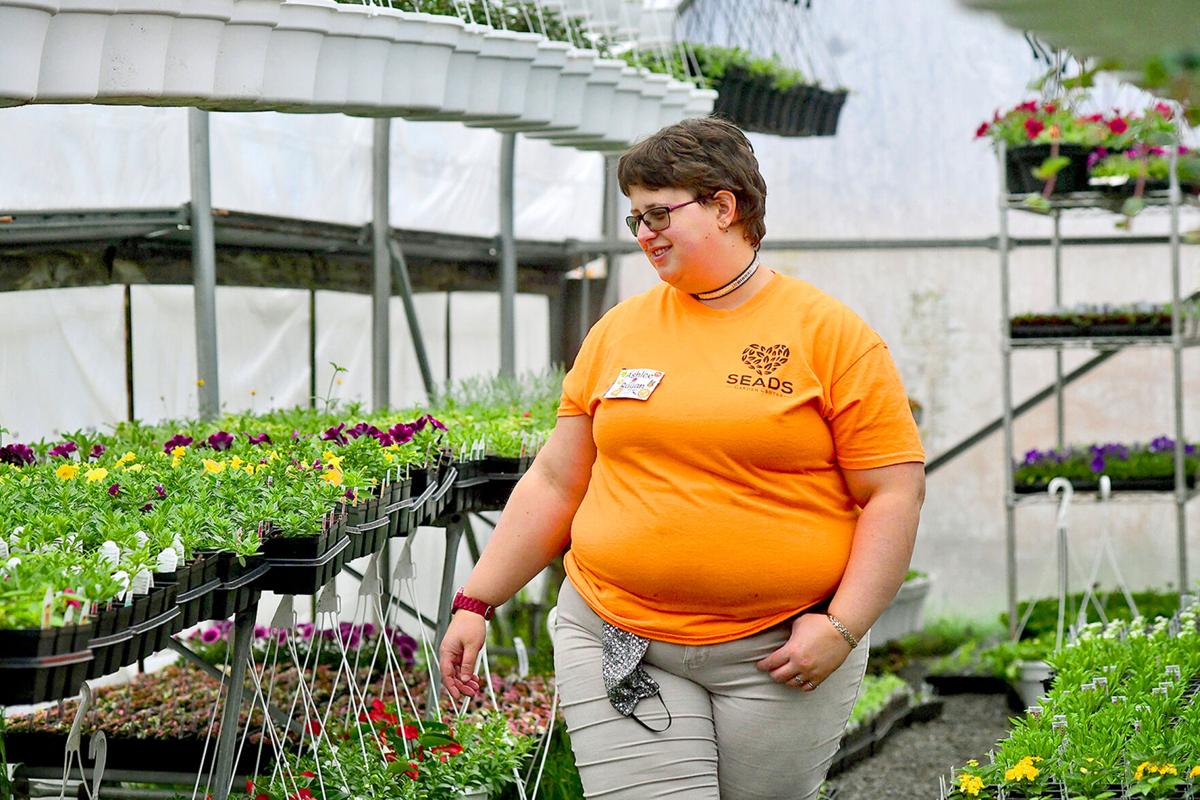 Ashlee Ragan, SEADS Garden Center employee, points to a variety of floral hanging baskets in the nursery’s greenhouse located on Bucknell Avenue in the Westmont section of Johnstown on Wednesday, March 31, 2021.

Ashlee Ragan, SEADS Garden Center employee, fills a planter with soil in the nursery’s greenhouse located on Bucknell Avenue in the Westmont section of Johnstown on Wednesday, March 31, 2021.

Even as the last of SEADS Garden Center's colorful Easter flowers were going home with customers this week, Ashlee Ragan was busy making sure the Westmont nursery's next bunch will bloom in time for Earth Day.

The Westmont woman is entering her second year working for the nonprofit.

"I'm still learning but I really like it," she said, adding that she also has a strong, foot-tall succulent plant at home she cares for.

SEADS Garden Center made its debut in the community last May – and the company and Ragan are growing into the garden business together, SEADS founder Vince Lovenduski said.

"Ashlee has come a long way over the past year," he said. "She's a great, energetic worker who is always eager to help."

A former Starbucks manager, Lovenduski acquired the onetime Flower Barn in 2020 and reopened the space with a mission to provide sustainable employment – and an introduction to the job world – to people with disabilities.

SEADS employs people ages 17 to 60 with an emphasis on hiring those with "special needs," the Upper Yoder man said. Eight of the business's 18 employees have conditions or disorders such as Down Syndrome, autism or emotional health issues – and for most, SEADS is their first workplace.

"Certainly they are learning agriculture and horticulture skills," he said. "But they are also learning about what it's like to have a job – how to be punctual, the importance of wearing a uniform and dealing with other people one on one."

Lovenduski, the father of a 20-something son with autism, said those are vital components to a job that many people take for granted.

'Place for people to go'

Lovenduski is planning to add for four more employees this spring and grow his number of employees with disabilities to 15 later this year, after two new greenhouses are completed.

The center continues to make upgrades, including wooden perimeter fencing toward the back of the property.

With more than 1,000 flowers sold this month, SEADS is busy growing new plants for an Earth Day event later this month.

SEADS will have a vibrant array of hanging baskets, flats and pots – and will embrace Earth Day's April 22 arrival as a chance to welcome Johnstown-area residents to the garden center, Ragan said.

"We want this to be a place for people to go," she said.

In The Spotlight | Vaccine volunteer: Retired nurse 'gives her whole being' to free clinic

Volunteers at Johnstown’s free medical clinic had just learned that the arrival of vaccine supply for Friday’s mass clinic was delayed and wouldn’t be ready for the scheduled 9 a.m. start time.