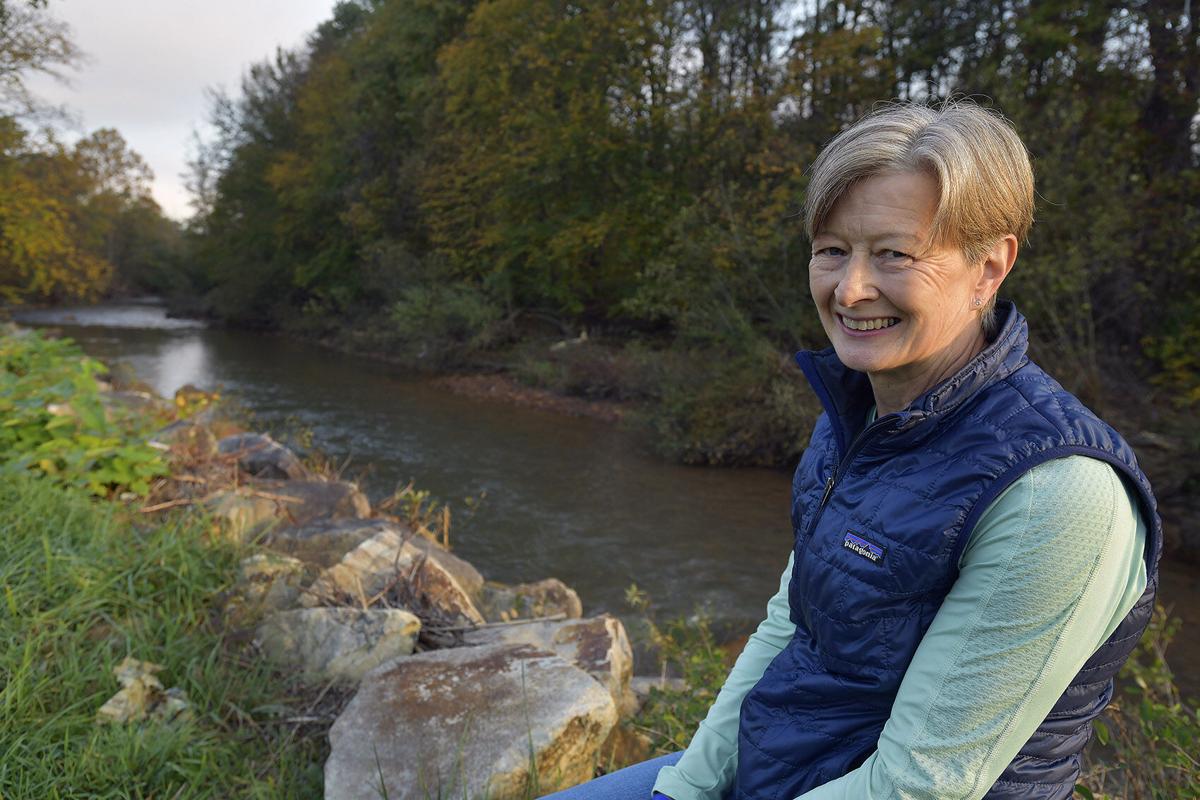 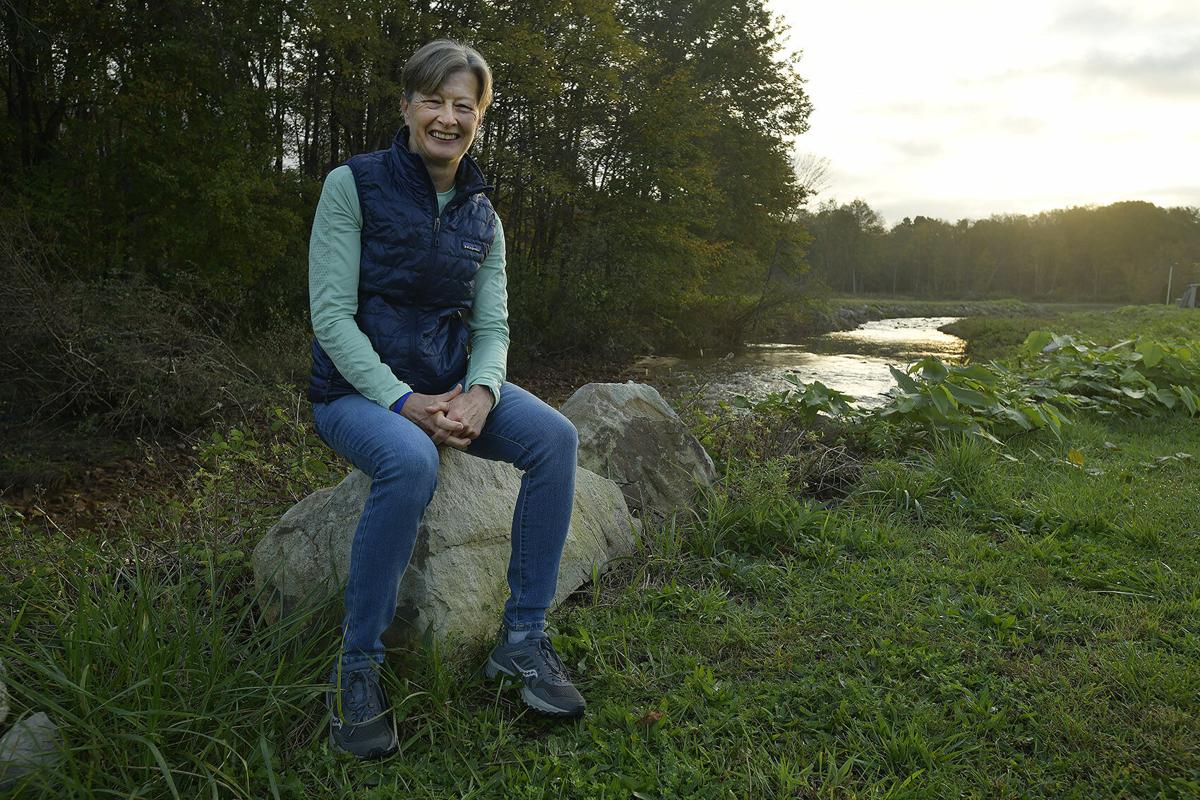 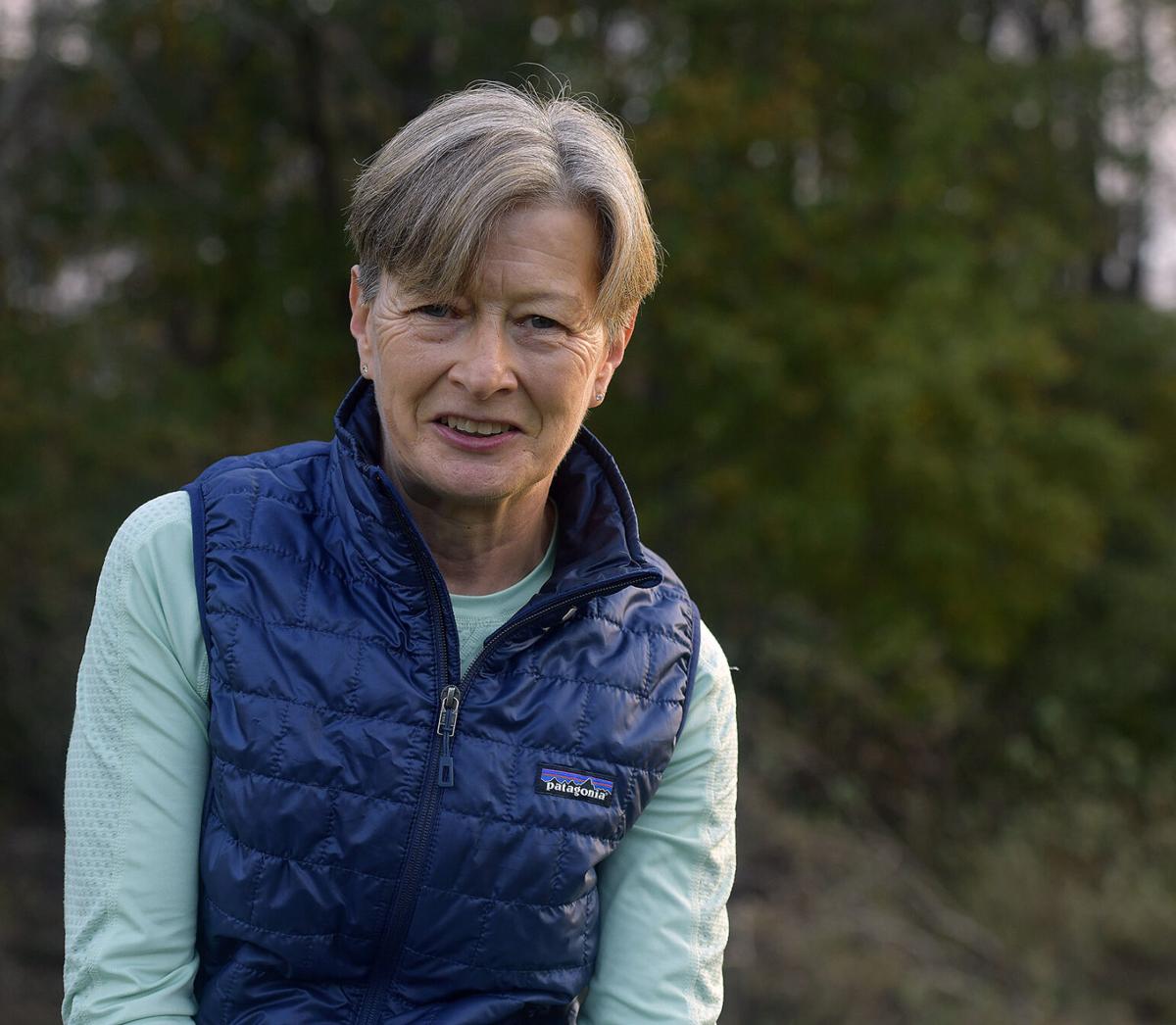 “I just saw all that damage and it bothered me,” she said.

At the time, Milavec was a student at Conemaugh Valley High School living in Cover Hill. She was a member of the marching band, and it was during practice one day that she saw the waterway, polluted by old mines in the area.

She graduated in 1977 and began studying ecology with a minor in geology at the University of Pittsburgh at Johnstown and also lent a hand with the flood cleanup that year.

Milavec earned her bachelor’s degree in 1981, and the following year she got a job at Geochemical Testing in Somerset as a lab technician. In 1983, she was hired to work for the state Department of Environmental Resources – the predecessor of today’s Department of Environmental Protection – as a water quality specialist in the Bureau of Water Quality Management at the Ebensburg district office.

Three years later, she moved to the Bureau of Oil and Gas Management, Ebensburg district office, before getting hired at the DEP Bureau of Abandoned Mine Reclamation for the Cambria district office and the Harrisburg central office in 1993 as an entry-level water pollution biologist. She later served in that position at higher levels as well.

“When this position opened, this was like my dream position,” Milavec said.

It was at that job that Milavec was most involved in acid mine drainage (AMD) cleanup in the area and became entrenched in the local communities.

While working for the Bureau of Abandoned Mine Reclamation, she had to perform reconnaissance work on watersheds to determine AMD sources, locate discharge points, conduct bio-surveys of polluted streams and present her findings and recommendations to an oversight committee.

The goal of the program was a holistic approach to cleaning up local watersheds.

Milavec said the grassroots efforts of volunteers were important to the undertaking because the agency relied on them to locate discharge points and report them. Together, they would determine how polluted a stream was in order to figure out how to treat it – requiring a lot of field work.

“To me, it was always a little bit like a mystery,” Milavec said.

The determination is made by calculating the pounds per day of pollution in a waterway. That’s done by measuring the milligrams per liter of waste against the gallons per minute of flow. Biological impact could then be shown by sampling macroinvertebrates such as caddisflies.

The passive approach includes undertakings such as remediation sites that slowly filter AMD through ponds filled with limestone that neutralizes the pollution, while the active method can take years of implementation and features the construction of facilities to clean higher volumes of wastewater.

One of the worst projects she worked on, in terms of pollution, was the 1.3 million-ton Barnes-Watkins refuse pile, Milavec said. That mine waste dump covered 18 acres in the village of Watkins in northern Cambria County and was situated on the bank of, and in some cases in, the West Branch of the Susquehanna River.

“This pile had so many problems,” Milavec said.

One of those problems was that the refuse, placed there by the Barnes & Tucker Coal Co. from the Lancashire No. 15 and No. 18 mines decades previously, was on fire and pumping 2,000 pounds of acid per day into the river.

“The pollution coming off that pile was incredible,” Milavec said.

Through the partnership of the bureau, Robindale Energy Services, the Cambria County Conservation and Recreation Authority and Reliant Energy, what could be used as fuel again was, and the remaining refuse was deposited at a nearby permitted Robindale facility.

Milavec said alkaline fly ash was hauled in to neutralize the acidity, and the $4 million project concluded in 2008, resulting in about 30 miles of stream being reclaimed. She considers cleaning up that area one of the most important undertakings of her career.

Milavec recalled talking to residents of Watkins when submitting the work for a national award in 2010. One woman exclaimed “Oh my gosh, it’s so much better to breathe now.”

Another big project she was involved in was the cleanup of the Stonycreek River. That involved identifying six problem areas on Oven Run, a stream in the Stonycreek’s watershed that was putting large amounts of pollution into the waterway, and installing treatment facilities there.

Despite her involvement, the former DEP employee credited the dedication and work of everyone she interacted with for the progress made.

Milavec said there’s a lot of local people doing this type of work, and they deserve the praise.

One of her colleagues was Eric Cavazza, who at the time also worked for the state Department of Environmental Protection Bureau of Abandoned Mine Reclamation.

“Pam was very professional,” Cavazza said. “She was very committed to the work that we did.”

Cavazza noted Milavec’s involvement in numerous reclamation projects in the region and throughout the state and her dedication early on in AMD cleanup efforts.

“The funding was small at the beginning, but the goals were big, and she saw it through,” he said.

Cavazza, who’s now the Pittsburgh field office director for the U.S. Office of Surface Mining Reclamation and Enforcement, also spoke about how Milavec’s work has a lasting impact, providing the example of the Wehrum-Blacklick project in parts of Cambria and Indiana counties.

She helped organize cleanup of mine refuse and AMD along Blacklick Creek.

The treatment facility to clean that stream should be up and running next year, Cavazza said, roughly seven years after she retired.

Milavec said by the time she ended her career in 2015, at 55 years old, the day-to-day operations were frustrating. But when she looks back, “it’s amazing to see how much work actually got done,” she said.

“It’s cool, during my lifetime, to see the improvements,” she said.

Milavec added: “Things look a lot better around here compared to 20 or 30 years ago.”

However, there’s still work to be done. During Milavec’s time with DEP, she helped reclaim a few hundred miles of waterways, but Pennsylvania has more than 5,000 miles of streams that are still impaired.

“It was an incredible amount of work to get such a small amount back,” she said.

Since retiring, Milavec has joined the Stonycreek-Conemaugh River Improvement Project board, and when she and her husband visit Arizona, they volunteer with outdoor projects there.

In The Spotlight | 'A calling for me': Johnstown native retires after 20 years in the U.S. Navy; inspired to enlist by 9/11

On the morning of Sept. 11, 2001, Joshua Britt was on the golf course at Sunnehanna Country Club, caddying.