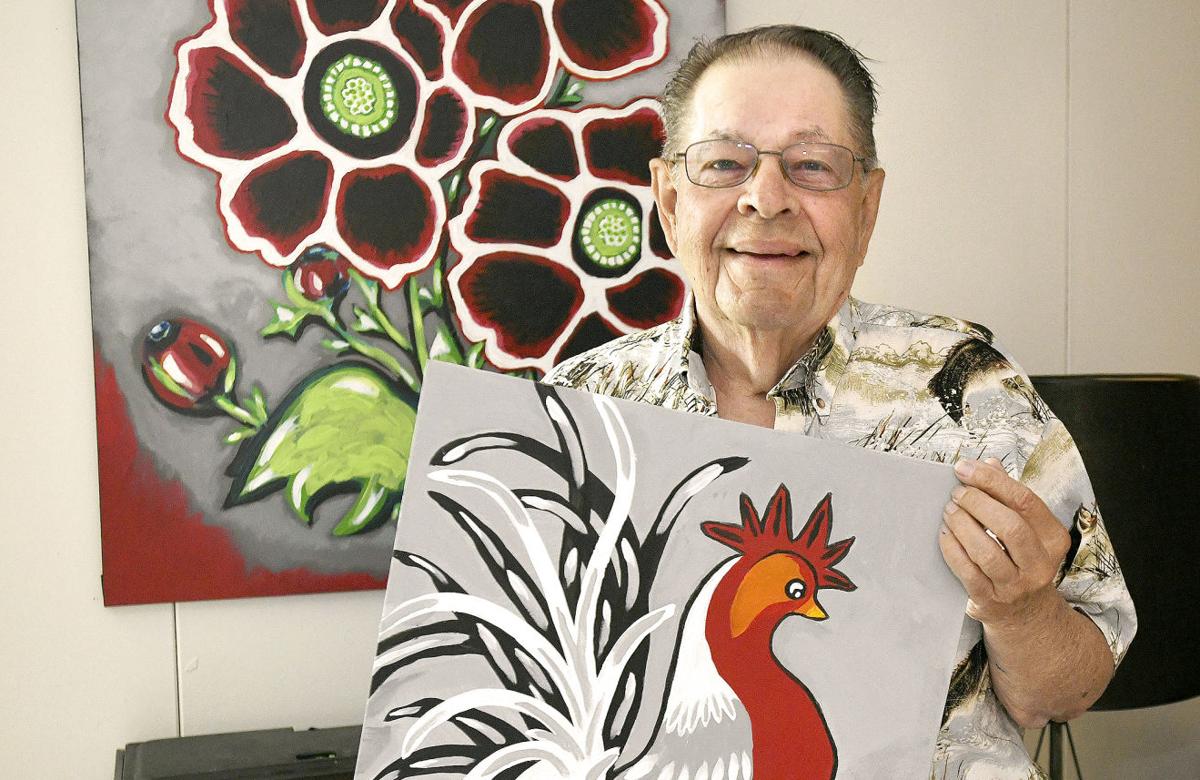 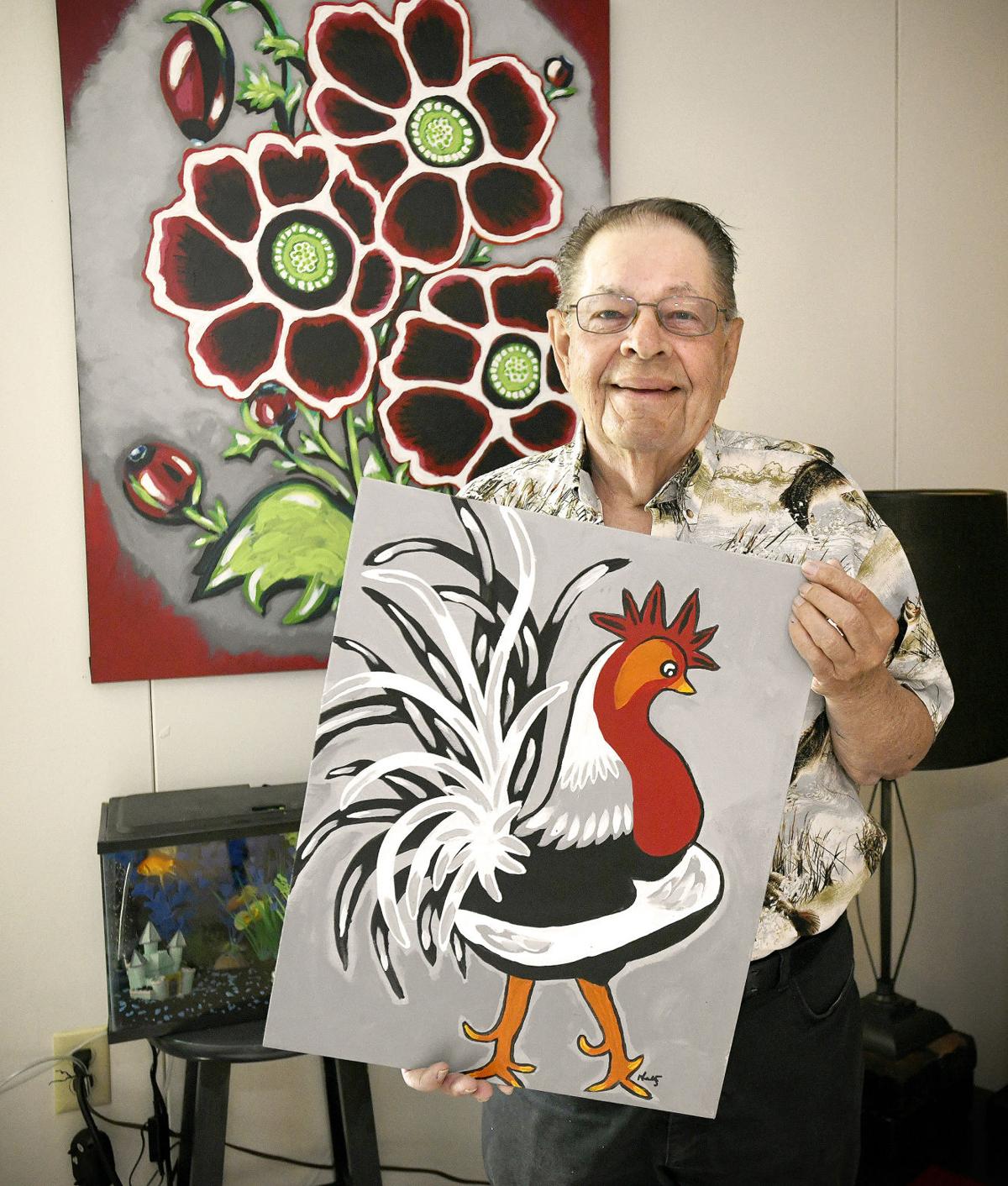 After Hurricane Irma tore through his Key West neighborhood in late 2017, Bill Holtz decided to come back to the Ebensburg area.

Holtz brought a single suitcase – and love for the Florida island’s flamboyant fowl – with him.

In recent weeks, the colorful roosters he has painted – much like the ones that run wild on Key West’s streets – have started to catch the eye of Ebensburg art lovers, he said.

The 77-year-old retiree has been selling his work at Follow Your Art on North High Street in Ebensburg for two months.

“I was sort of getting desperate for something to do before I started painting again,” Holtz said. “Once the quarantine started, I really didn’t go anywhere. I wasn’t in a car or bus for two months.”

Holtz said he painted for a Key West gallery for five years before moving back to the Ebensburg area three years ago.

He prefers working with acrylic paint.

And the “funky, colorful” roosters just seem to resonate with people.

“With their bright colors and long tails, people just seem to like them,” said Holtz, who said he sold six paintings in recent weeks. “I give them personality.

“And they’re also fun to paint”

Marian Ross opened Follow Your Art on May 15 – in the midst of the pandemic – and quickly forged a bond with Holtz during the first week.

She said his work livens up her shop.

Given his background in business, she said she’s turned to him for marketing ideas – and gave him a few blank canvases to show her appreciation.

“He came back with those whimsical roosters,” Ross said.

“Every one was more beautiful than the next.”

She said it’s been a joy to call Holtz and tell him, “You sold another one.”

Glad to be home

As it turns out, Holtz started his career focused on a much larger animal.

After his father bought the yearling of a prominent Springfield, Massachusetts, stallion in 1948, Holtz became fascinated with horses.

By the time he was 18, he was a professional trainer and was operating Holtz Stables.

He said he spent 20 years judging an American horse show in New York City, and at one point worked a world championship in Oklahoma City, as well as numerous regional shows throughout the country.

After his time as a stable operator, he took private jobs training horses throughout the eastern half of the United States, and worked in Indianapolis and Jasper, Alabama.

These days, Holtz said he’s just happy to be back in his old stomping grounds.

He said he spends his summer days gardening – and adopted a flower bed outside his Turner Apartments home.

Being back in Cambria County also has allowed him to spend more time with his brothers and sisters.

Kristy Malzi has big plans for the old Somerset County house she bought a few months ago.