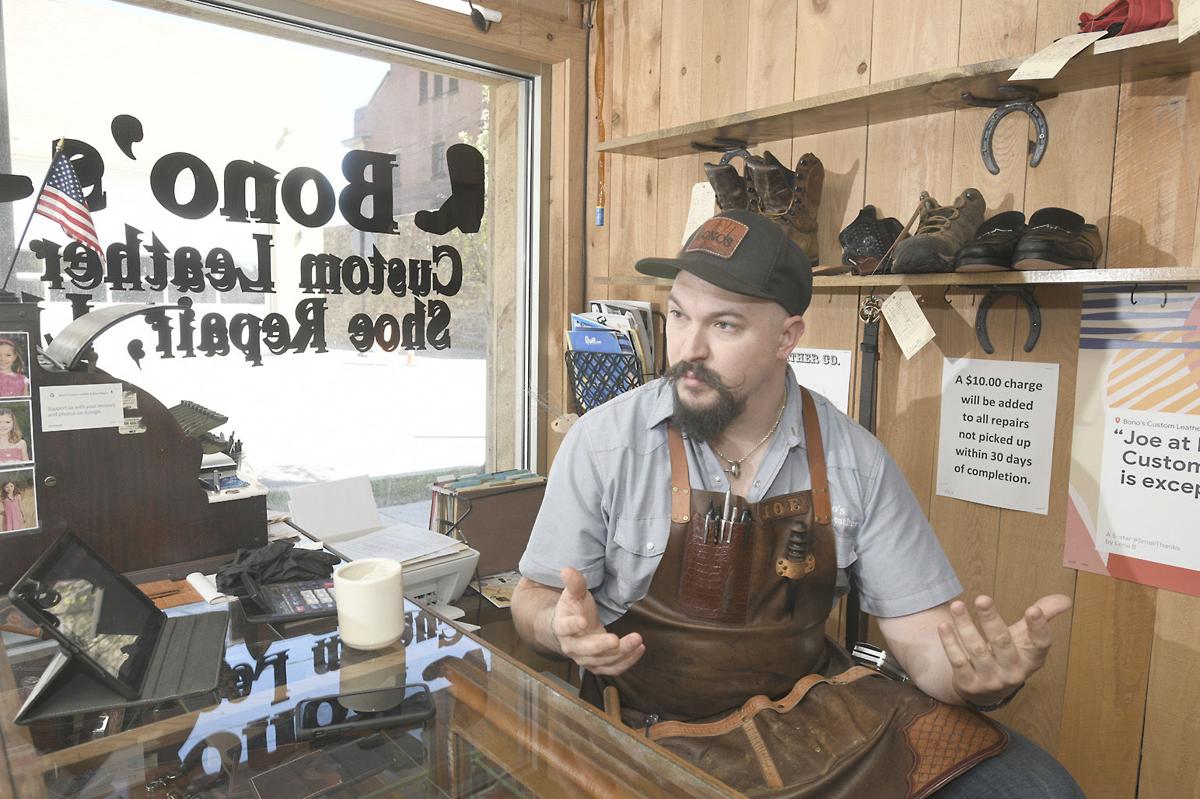 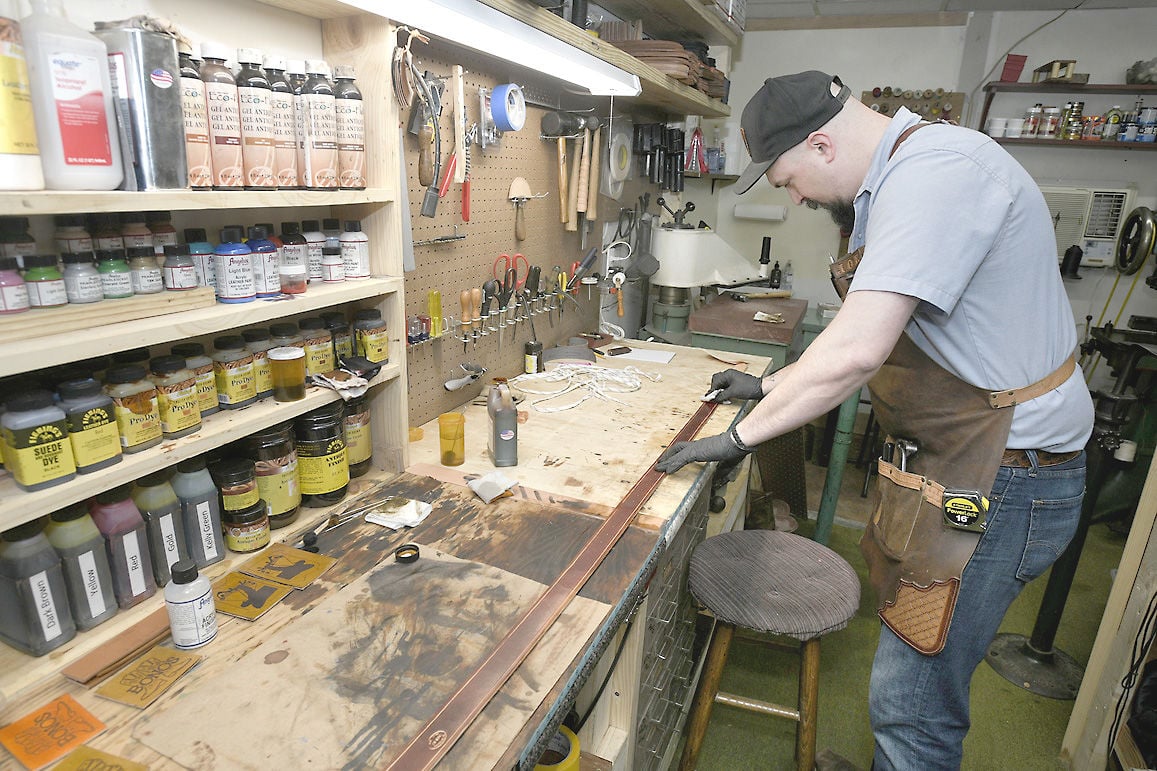 When Joe Bono made his first leather wallet a few years ago, he never imagined it would jump-start a career.

Shortly after graduating from Central Cambria High School in 2010, he went to work for Halliburton and found himself in an oil field in North Dakota.

“A friend of mine wanted to make some stuff, so we decided to go to Tandy Leather and buy some leather, and we really had no idea what we were doing,” the 26-year-old Ebensburg resident said. “I played around with it and found that I really enjoyed doing it.”

After being laid off from Halliburton in 2015, Bono decided to take his hobby of leather working to the next level.

“In 2016, I went to Clarendon, Texas, for three weeks to learn how to make custom cowboy boots from a guy named Punch Skelton, an old boot-maker who’s been making boots for 30-something years,” he said. “He does one-on-one trainings in his shop.”

Bono said that, when he came to Ebensburg, he thought about going to work for someone who’s in the boot-making business, but then decided that opening his own business was the direction he wanted to go.

In August 2016, Bono opened Bono’s Custom Leather & Shoe Repair, located at 204 W. Sample St. in Ebensburg, with the goal of learning more about shoes and boots and how they’re made so he could eventually have his own business making custom boots.

“I also want to stay in the repair side and continue doing my custom leather work,” he said.

“I work directly with the customer to identify specific designs and customization preferences,” he said.

Along with repairing shoes and boots, including the stretching of footwear, he also can repair zippers, materials needing heavy duty sewing, ball gloves and sporting equipment.

“It’s pretty much anything that needs sewn or stitched, resoled or glued,” Bono said. “You bring it, I’ll make every attempt to repair it back to its usable state. The worst I can tell you is I can’t fix it.”

Many of his custom products are wallets, which can take about three to five hours to make depending on the how intricate the design is, and belts, which he can complete in about 45 minutes for a standard design.

“Wallets and belts are my best sellers,” Bono said. “Belts run about $55 and wallets price anywhere from $60 to $130, depending on the style.”

Bono said he prides himself on making unique leather items that are made to last the owners for many years.

“I just love doing custom things and helping people out,” Bono said. “I love to see the final product for someone that they really enjoy and can use for a long time. I get a lot out of that.”

Bono said the business is continuing to grow, thanks to word-of-mouth.

“I’m getting more custom work, and repairs have been busy since I opened,” he said. “I’m getting customers from Johnstown and Altoona and a few people from Roaring Spring and DuBois. ... People are happy that I work faster than some other places. I like to try to keep my repairs around one to two weeks.”

Bono hopes to eventually move into a larger space and expand more into the retail side.

“A lot of people want to go to a store and try on boots or shoes instead of ordering online, so I want to have some of that as far as nicer cowboy boots, work boots and dress shoes – a quality product,” he said. “I want to have shoes that I know I can repair.”

Bono also hopes to grow his stock items that aren’t personalized for people coming in off the street to purchase.

Store hours are 11 a.m. to 7 p.m. Tuesdays, 10 a.m. to 5 p.m. Wednesdays through Fridays and by appointment on Saturdays. For more information, call 814-521-6543, visit Bono’s Facebook page at www.facebook.com/BonoLeather or follow him on Instagram at Bono’s Custom Leather.

When she and husband Bernie, son Scott and daughter-in-law Becca bought the Lemon Drop Lounge and Golf Links outside Ebensburg six years ago, they all began building a brand-new menu for a restaurant that had, at that point, been closed for the past four years.