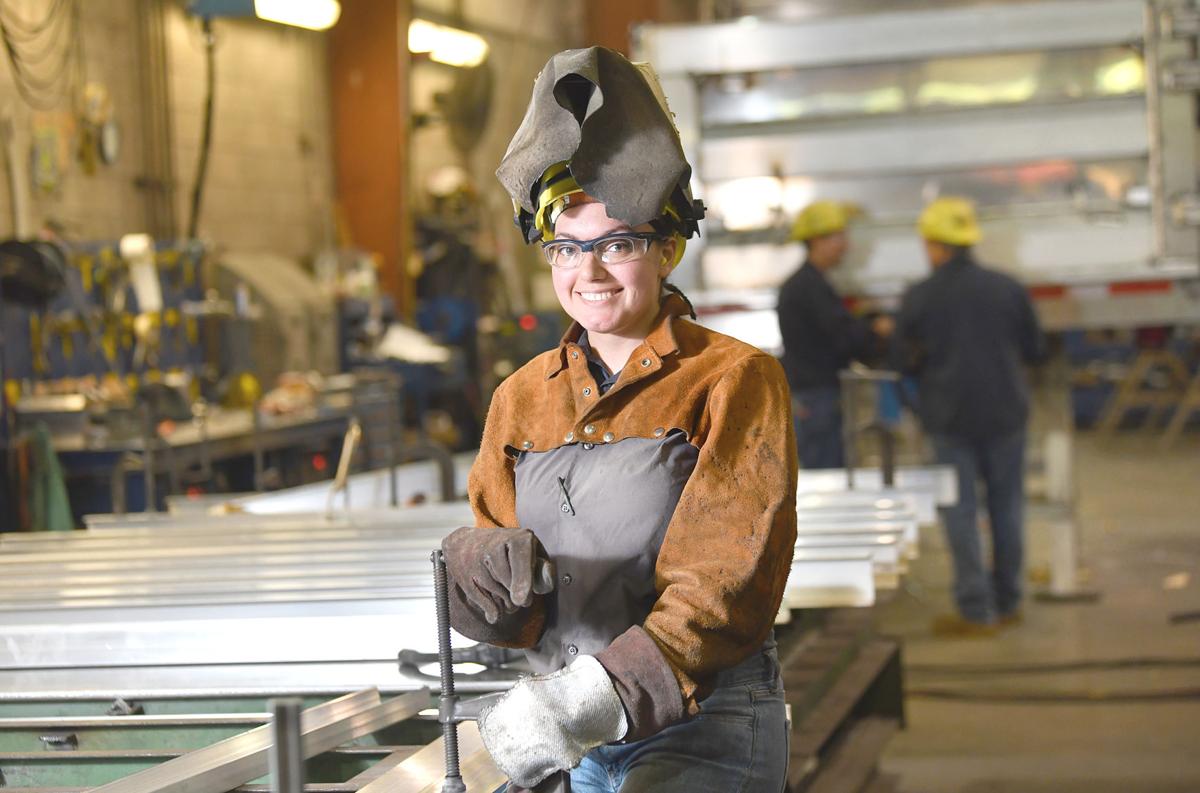 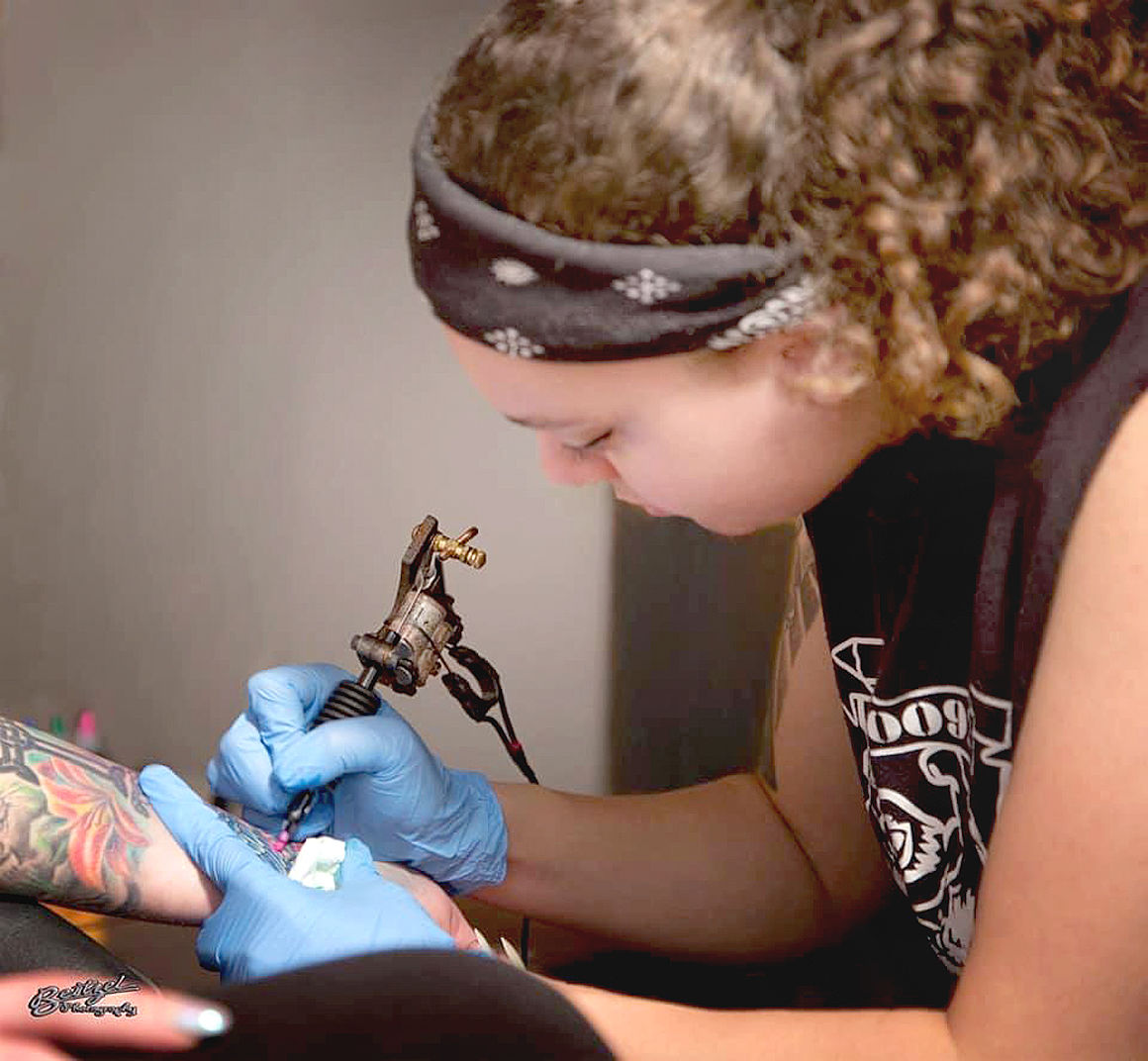 Alex Canonico plans to open her own tattoo shop, Tattoos by Artful Alex, on Aug. 30, 2019, in Somerset.

Alex Canonico plans to open her own tattoo shop, Tattoos by Artful Alex, on Aug. 30, 2019, in Somerset.

SOMERSET – When Alex Canonico found herself laid off from her job last December, she went into panic mode to find employment.

“I went to the assistance office to look for any schooling or training, anything really. I didn’t really care at that point because I needed a job,” the 22-year-old Somerset resident said.

Through Greater Johnstown Career and Technology Center, she found out about the six-week welding school program at J&J Truck Bodies & Trailers in Somerset Township and decided to give it a shot.

“I applied for it and I started school in January,” Canonico said. “I actually got interviewed and hired on my fifth week before all my testing results came back, and on March 1, I started officially.”

She said prior to taking the welding classes she had zero experience in the field.

“I couldn’t even read a tape measure before I started, but I tattoo and have steady hands, so I figured if it’s only six weeks of schooling it can’t be too difficult,” Canonico said. “I was in a small class and got a lot of hands-on training, and I picked it up really quickly. There’s more similarities between welding and tattooing than I ever thought possible.”

She also has the distinction of being the only woman welder at J&J Truck Bodies & Trailers.

“It’s very challenging but I like it, there’s no drama,” Canonico said. “I don’t have to worry about dressing up to look like a Barbie doll to go to work, so I’m in my comfort zone as far as that goes. I fit in with the guys.”

Her days are spent building underbodies for trucks.

“I’ve always worked with my hands, the only difference was reading blueprints and measurements, the technical part of it was super challenging,” Canonico said. “But now that I’ve trained with people who have 20 and 30 years working here, it has helped me pick everything up much faster.”

She said after having a few months under her belt she’s finding that she really enjoys the work.

“I wouldn’t want to do this work anywhere else because the safety standards are really high here; it’s a top priority,” Canonico said. “I love that people have been here for 19, 20, 25-plus years, that’s stability for the company and I like working at a place that has that.”

Moving forward, she said she’d like to move on to become a finished welder.

“I weld pretty much all the solid welds, but it’s not the fancy finish that you see on the sides,” Canonico said. “Then my 10- to 15-year goal is to the first female foreman on the floor.”

Along with working full-time at J&J Truck Bodies & Trailers, Canonico is set to hold a ribbon-cutting ceremony and open house for her tattoo shop, Tattoos by Artful Alex on Aug. 30.

“I am professionally trained and nationally certified, and my shop is inspected and insured,” Canonico said. “I took a four-year, 1,800-hour apprenticeship under someone who has 40 years experience. I completed that in 2017 and have been tattooing since.”

Tattoos are by appointment only.

“That ensures quality over quantity,” Canonico said. “I want to ensure it’ll be the best piece I can produce.”

She said she got her first tattoo at 16, and it was over self-harm scars.

“I had a really hard time growing up and those scars were a daily reminder of my struggles and I really wanted them covered,” Canonico said. “It was the most empowering thing I’ve ever done in my life, it gave me self-confidence and made me feel so much better when I looked in the mirror.

“If that could do that to me, what could it do to other people?”

She’s currently going to school to learn how to cover scars, including post surgery, self-harm and mastectomy scars.

“Pretty much anything that was a hard struggle that has scars I want to fix,” Canonico said.

She said sketching and drawing has always been an important part of her life, and it was a way for her to get her emotions out.

“Now people choose me to put metaphors of their life struggles on them forever, and it’s an honor and privilege for me,” Canonico said.

For more information on Tattoos by Artful Alex or to schedule an appointment, visit www.artfulalex.com, Facebook at www.facebook.com/ArtfulAlex and Instagram at Artful Alex.