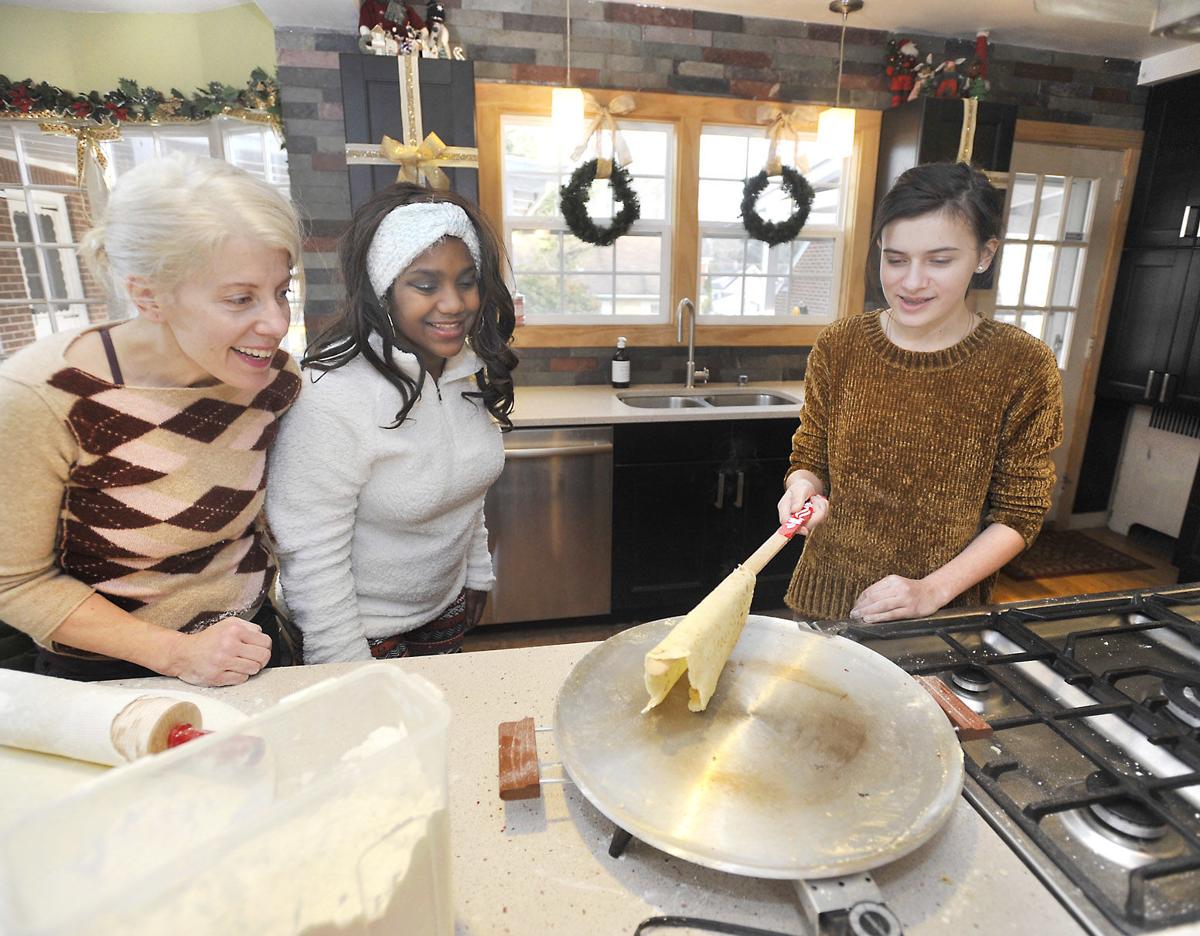 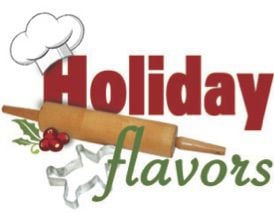 When the holidays come around, Shannon Nicoloff and her family start preparing to make one of their favorite dishes – lefse.

Lefse, a traditional soft Norwegian flatbread, is made with riced or instant potatoes, flour, butter and milk or cream, and it’s cooked on a large, flat griddle. Special tools are used to prepare lefse, including long wooden turning sticks and special rolling pins with deep grooves.

“It’s a fun treat, and we only make it one time during the year and that’s it,” said Nicoloff, a Westmont resident.

Nicoloff, who grew up in Minnesota, said lefse is a popular dish in the Midwestern part of the country, especially during the holidays.

“It can start as early as Thanksgiving through Christmas and New Year’s,” she said.

“It’s inexpensive because it’s only five ingredients – potatoes, salt, flour and butter and milk or cream. Some people even say the cheaper potatoes or the starcher potatoes make the best lefse.”

Nicoloff said when she was younger, her family would buy Mrs. Olson’s brand lefse.

“My mom is from North Dakota and she would be so critical, she’d say, ‘Oh, this a dry one’ or ‘This is what you want to have,’ ” she said. “There are people that get together in churches in Minnesota, North Dakota and Wisconsin and they’re making lefse like people make haluski and perogi here. It’s passed down to generations.”

In the summer of 2007, Nicoloff and her family moved to Johnstown and she decided that she wanted to start making her own lesfe.

“Everyone has this idea that it’s so much work and you need all this equipment, but you just need a griddle that gets up to 500 degrees. It’s actually pretty easy to do,” she said.

Nicoloff said because potato lefse is labor intensive, there’s an alternative where you can use instant potatoes.

“Traditionalist don’t like it, but if need be, you can go this way,” she said. “I’ve done both and like using the real potatoes.

“The real is a little more robust and you can taste the time you’ve put into it.”

Nicoloff said there’s no need to be a perfect with each lefse because it’s not an exact science.

“It’s a lot of trial and error; they don’t have to be perfect to be good,” she said.

For equipment, you need a round board with a pastry cloth. You also need a special type of rolling pin with grooves in it with a pastry cloth covering it. A lefse turning stick is used to flip the lefse along with a lefse griddle.

“You can’t use a frying pan because it can’t have sides,” Nicoloff said. “You can purchase these things online.”

Lefse is best served fresh and hot but it can be frozen.

There’s really no limit to what it can be served with but people typically prefer butter, cinnamon sugar, brown sugar or lingonberry jelly.

“I love it with pickled herring and I have a friend who likes it with Nutella,” Nicoloff said.

Along with serving lefse at Christmas meals as an appetizer, the family plans to bring it to holiday parties and will be delivering some to family and friends.

Nicoloff added that the memories of the Christmas season are a main reason she continues to make lefse.

“That’s the part with tradition,” she said. “We can go through our day and have these bumps in the road, but I feel like the traditions anchor us.”

It’s her hope that her daughters, Olivia and Samantha, who both enjoy working with mother making lefse, will carry on the tradition.

“It’s really nice to pause and reflect and have this, so that’s why I do this,” Nicoloff said.

It can be made with real potatoes or instant potatoes.

• Cover potatoes with water and cook until tender. Run hot potatoes through a potato ricer. Place into a large bowl. Beat butter, cream, salt and sugar into the hot riced potatoes. Let cool to room temperature.

• Stir flour into the potato mixture. Pull off pieces of the dough and form into walnut size balls. Lightly flour a pastry cloth and roll out lefse balls to 1/8 in thickness.

• Cook on a hot (500 degrees) griddle until bubbles form and each side has browned. Place on a damp towel to cool slightly and then cover with a damp towel until ready to serve.

• To serve spread with butter and fold in quarters. Add filling of choice.

• 3/4 to 1 cup of all-purpose flour, the recipe calls for Pillsbury Best

• Heat an electric lefse grill or electric skillet to highest temperature. Do not grease griddle or skillet.

• Add liquid to potato flakes and stir until flakes are moistened (mixture is crumbly). Gradually add flour in small amounts to potato mixture.

• Work with hands until a soft dough of rolling consistency forms, avoid using too much flour.

• Cover dough with plastic wrap while rolling out each lefse.

• On a well floured board or pastry cloth, roll out each slice of dough until paper thin.

• Bake about one minute or until brown spots appear on bottom surface. Turn and bake other side for 30 to 45 seconds.

• To serve spread with butter and fold in quarters. Add filling of choice.

Each year, Michael Kokus spends time preparing a 12-course meal with influences from eastern European traditions for Christmas Eve, the holiest night of the year.