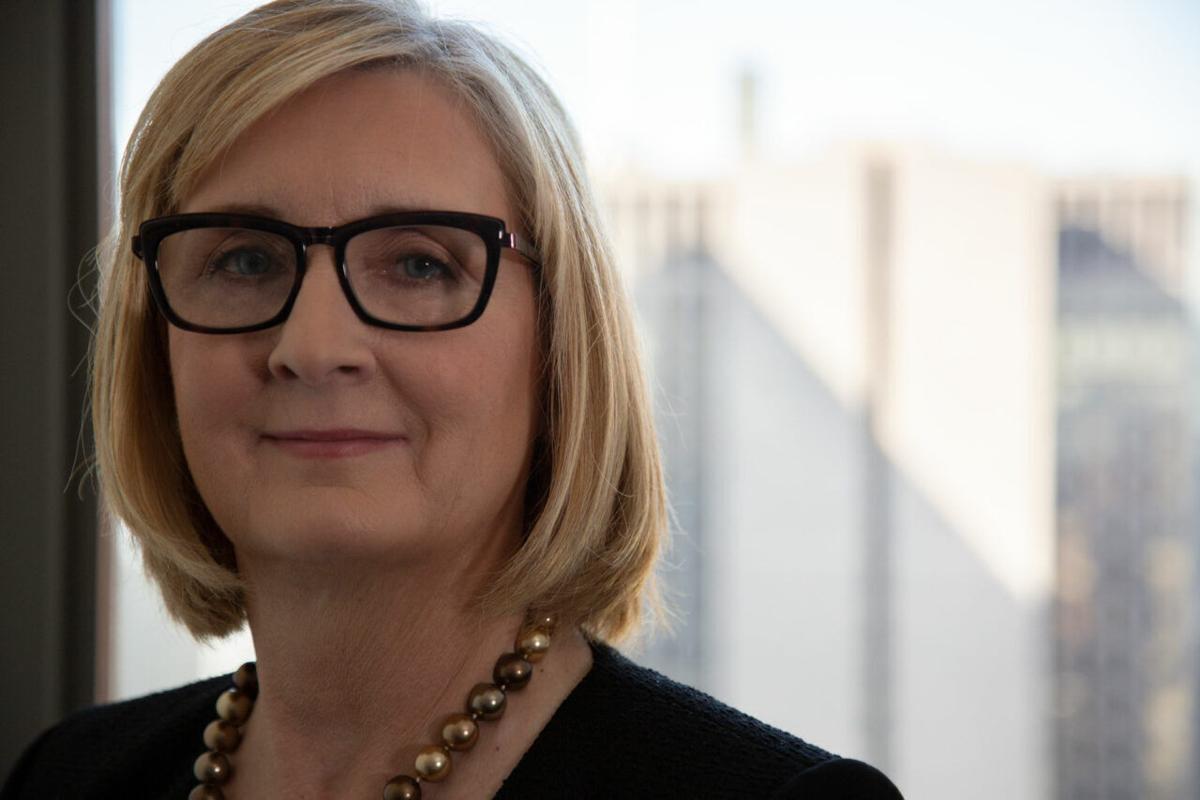 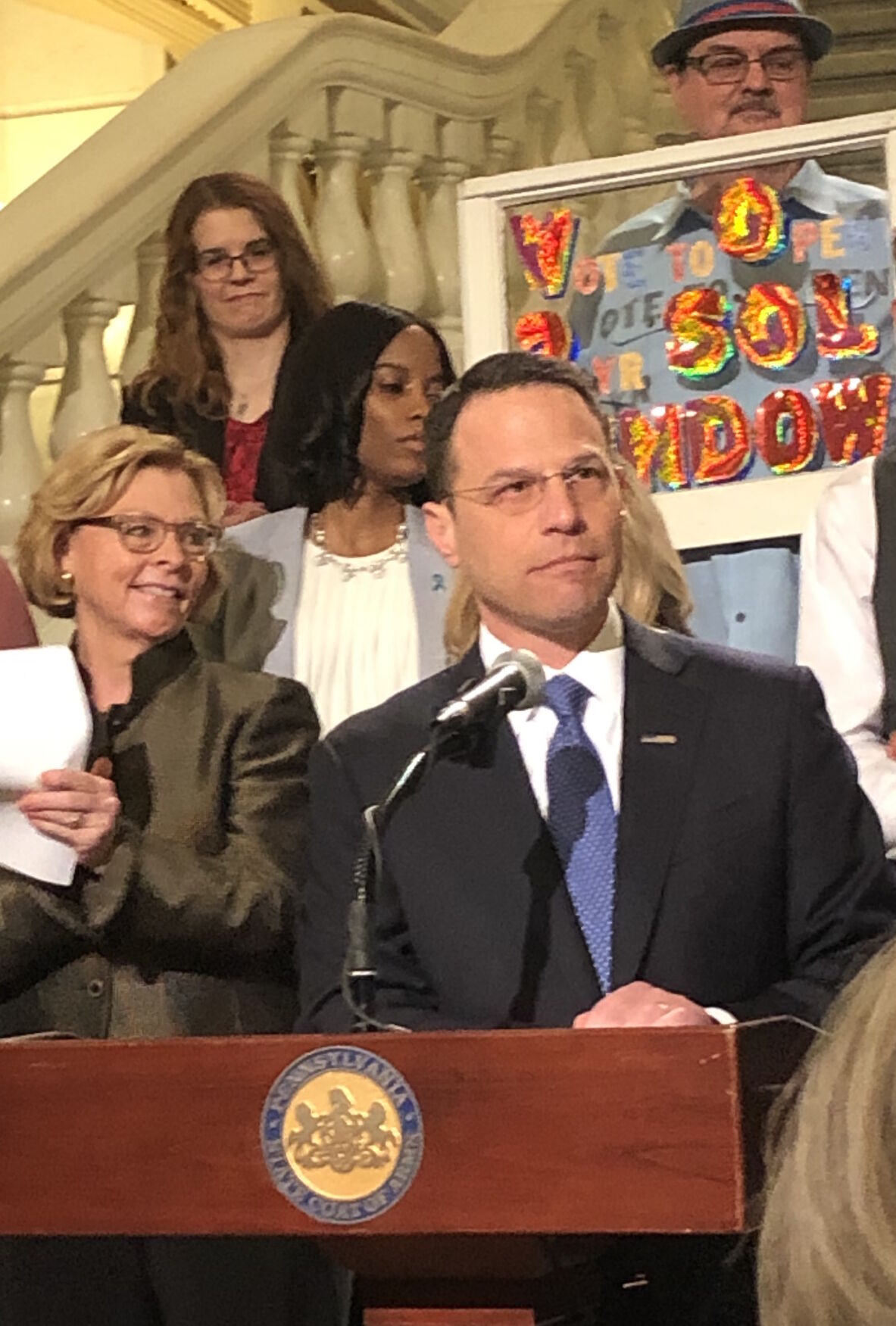 Pennsylvania Attorney General Josh Shapiro speaks at a Wednesday Capitol rally for action to provide retroactive relief to allow lawsuits from victims of clerical abuse and other child sex crimes.

Pennsylvania Attorney General Josh Shapiro speaks at a Wednesday Capitol rally for action to provide retroactive relief to allow lawsuits from victims of clerical abuse and other child sex crimes.

HARRISBURG – Heather Heidelbaugh, Republican candidate for attorney general, said current Attorney General Josh Shapiro should not have publicized the names of priests who weren’t charged but were accused of molesting children in a grand jury report detailing the abuse of at least 1,000 children across the state over decades.

Hardly any of the priests named in the report were charged because the crimes occurred so long ago that the state’s statute of limitations had expired. Efforts to open a window to allow survivors of child sex crimes to sue despite the statute of limitations have stalled, though the General Assembly could vote next year to put a Constitutional amendment question about opening a window for lawsuits on the ballot.

With those statutes of limitations in place, the attorney general shouldn’t have named the priests accused of crimes because they didn’t have the opportunity to clear their names in any meaningful way, Heidelbaugh said.

Heidelbaugh is facing Shapiro, the Democratic incumbent, in the November election.

“The grand jury system is designed to investigate crimes punishable in a court of law. A lot of what was printed in the grand jury report, if there was going to be no indictment of a person that a prosecutor believed he could take to court, it should not have been released,” Heidelbaugh said in a meeting with editors of the CNHI newspapers in Pennsylvania. Heidelbaugh said as an attorney she’s been repeatedly approached by people who wanted to file lawsuits only to realize they couldn’t because of the state’s statute of limitations.

Those limits exist to provide “some measure of due process to the people accused,” she said. “The reason we have a statute of limitations is that evidence gets old, documents get old, memories get old. Witnesses go away.”

Shapiro – who has been airing television commercials featuring survivors of priest abuse crediting the attorney general for bringing the church abuse scandal to light – was defiant when asked about the criticism, saying that the allegations against the priests were supported by information pulled from the church’s own records.

“The pope himself acknowledged the accuracy of that work,” Shapiro said.

“Furthermore, anyone named in that report was afforded the opportunity to affix anything they wanted to document their position,” Shapiro said. “It’s work I am exceptionally proud of. It’s work the survivors appreciate because, ultimately, it’s given them their voices back and demonstrated the truth of what happened to them.”

Heidelbaugh isn’t the first to question the move to use grand jury reports to identify people accused of crimes when there is no chance that those individuals can be charged though.

A task force created by the state Supreme Court in 2017 last year released its findings including the recommendation that grand jury reports, like the one used to detail the church abuse cases, be eliminated entirely, or if not eliminated, that they no longer include the identities of those accused if charges aren’t planned.

That task force – whose members include judges, lawyers and law professors – noted one of the concerns about grand jury reports is that prosecutors may use these types of reports “for improper reasons, including for personal political gain.”

That task force concluded that changing the grand jury process to make it fairer to those accused would likely be unworkable because of the secrecy involved in grand jury proceedings.

“For that reason, that members strongly believe that uncharged individuals should not be named in a report,” the task force’s report concluded. Any change to limit the release of grand jury reports would need to be completed through legislation.

Since that report came out, there’s been no movement on any legislation to eliminate grand jury reports in the way the task force suggested.

Marci Hamilton, founder and chief academic officer of Child USA, a Philadelphia-based advocacy and research organization focused on child abuse and statute of limitations, said identifying alleged perpetrators of child sex abuse in grand jury reports is important precisely because they can’t be charged due to Pennsylvania’s statute of limitations.

“These are people the public should know about,” she said.

Hamilton said that in the 2005 grand jury investigation into abuse by priests in Philadelphia, there was evidence linking more than 100 priests to abuse, but the report produced by the grand jury only identified the 63 priests against whom the evidence was strongest.

When the process includes methods of ensuring that there is credible evidence against those named in the report, “prosecutors have an obligation” to disclose the identities of the alleged child predators, she said.

Attorney General Josh Shapiro said Monday he has delivered on his promises to voters during his first term so he hopes voters give him a second term in office.