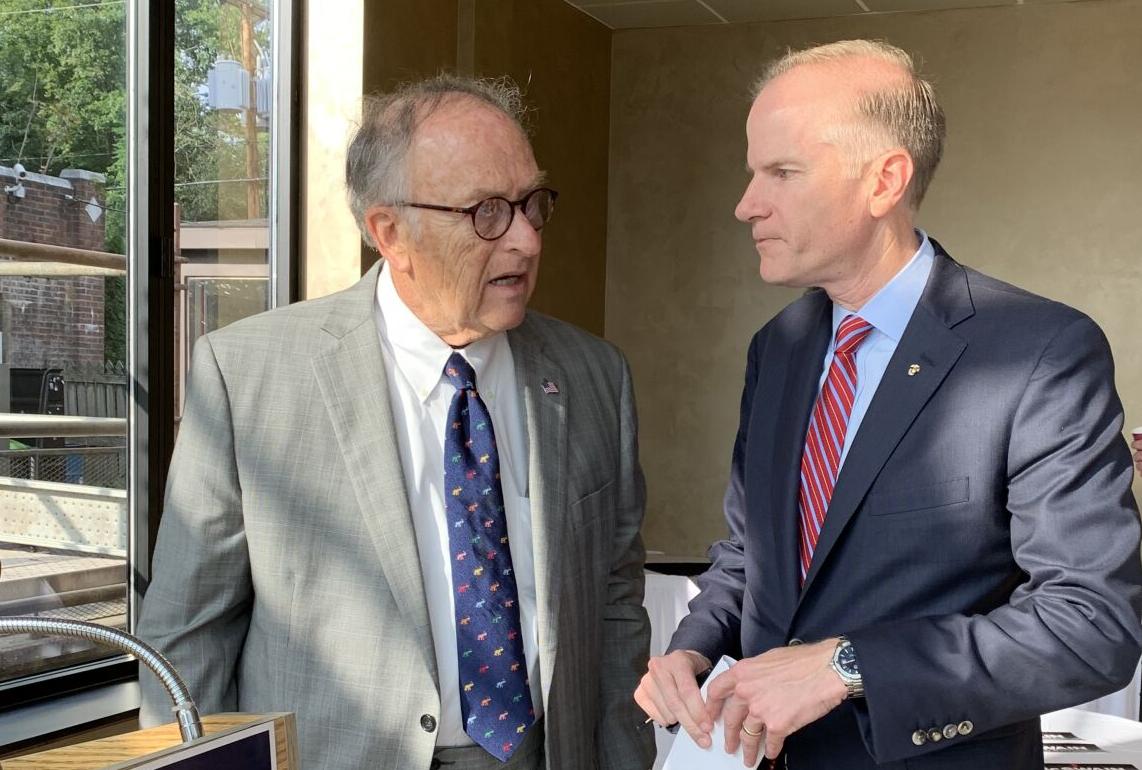 Robert Gleason, left, former chairman of the Republican State Committee of Pennsylvania, and William McSwain, a Republican candidate for governor, talk during a campaign event at Asiago's restaurant in Westmont on Wednesday, Sept. 15. 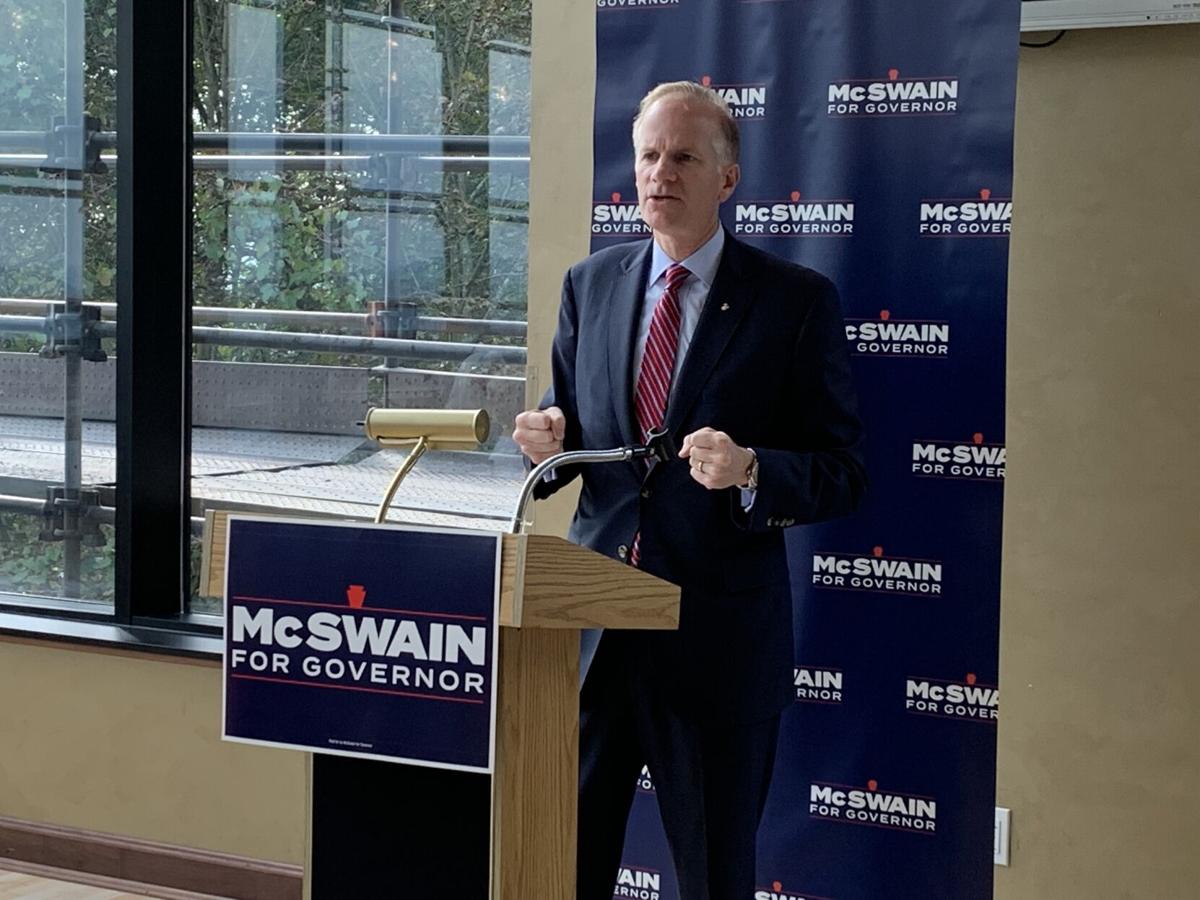 William McSwain, a Republican candidate for governor, speaks during a campaign event at Asiago's restaurant in Westmont on Wednesday, Sept. 15.

Robert Gleason, left, former chairman of the Republican State Committee of Pennsylvania, and William McSwain, a Republican candidate for governor, talk during a campaign event at Asiago's restaurant in Westmont on Wednesday, Sept. 15.

William McSwain, a Republican candidate for governor, speaks during a campaign event at Asiago's restaurant in Westmont on Wednesday, Sept. 15.

JOHNSTOWN, Pa. – As a lawyer, William McSwain has been involved in cases in which he argued to keep a Ten Commandments plaque at a courthouse, backed a whistleblower involved in a conflict with a technology company and supported the Boy Scouts of America when an effort was underway to evict a chapter from a Philadelphia-owned property because of the organization’s ban on gay members.

McSwain, a Republican, mentioned those stances and other legal positions when campaigning for governor during a stop at Asiago’s Tuscan Italian in Westmont on Wednesday.

McSwain is a former United States attorney for the Eastern District of Pennsylvania, nominated by President Donald Trump.

He served in the Marine Corps and earned degrees from both Harvard and Yale.

“Leaders like Bill and Gov. Thornburgh are not afraid to make tough decisions,” Gleason said. “I talked to Bill at length about, as governor, what he is going to espouse. He’s going to advocate our constitutional rights, which is very important. He’s going to support our beliefs and support law and order in Pennsylvania.”

McSwain discussed how he would handle the ongoing COVID-19 pandemic during the gathering.

“We will not have irrational, unscientific closings and no heavy-handed state dictates on how you live your lives,” McSwain said. “We will revive Pennsylvania’s economy by cutting taxes for working families, by supporting small businesses, by reducing regulations and by cutting wasteful government spending. We’re going to promote our energy industries instead of trying to regulate it to death. We’re going to get the government off of your back.”

Regarding voting laws, McSwain said he wants to “make it easy to vote and hard to cheat.”

Many Republicans have questioned the legitimacy of Democrat Joe Biden’s victory in the 2020 presidential election when he carried Pennsylvania on way to defeating Trump.

Before his speech, McSwain was asked: “On that same subject, did a free and fair election occur in Pennsylvania in 2020 for president?”

Instead, McSwain responded: “Well, Joe Biden is our president, unfortunately. I think he’s bad for this country. We’re seeing that unfold. It’s not just the incompetence in Afghanistan. It’s lots of issues, whether its’s the open border, whether it’s out-of-control inflation, it’s a terrible jobs report that we got in August.

“We’ve got to live with Joe Biden, but hopefully it’s only going to last for one term.”