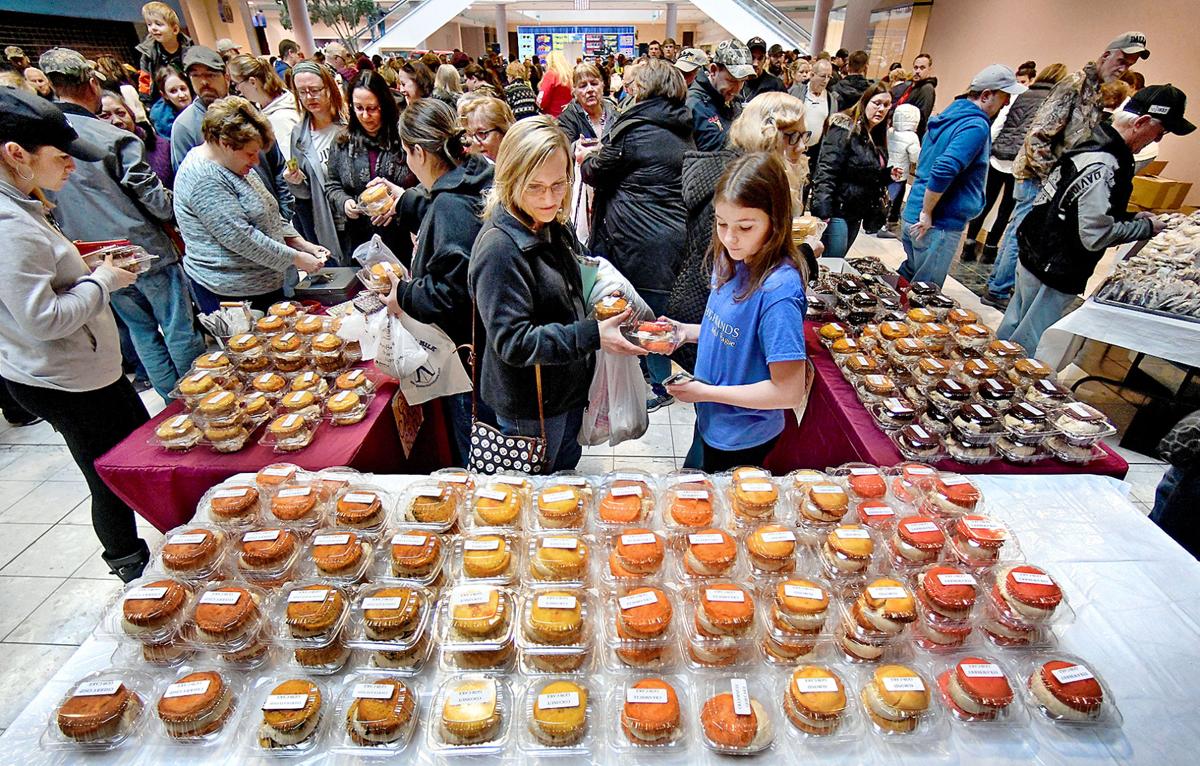 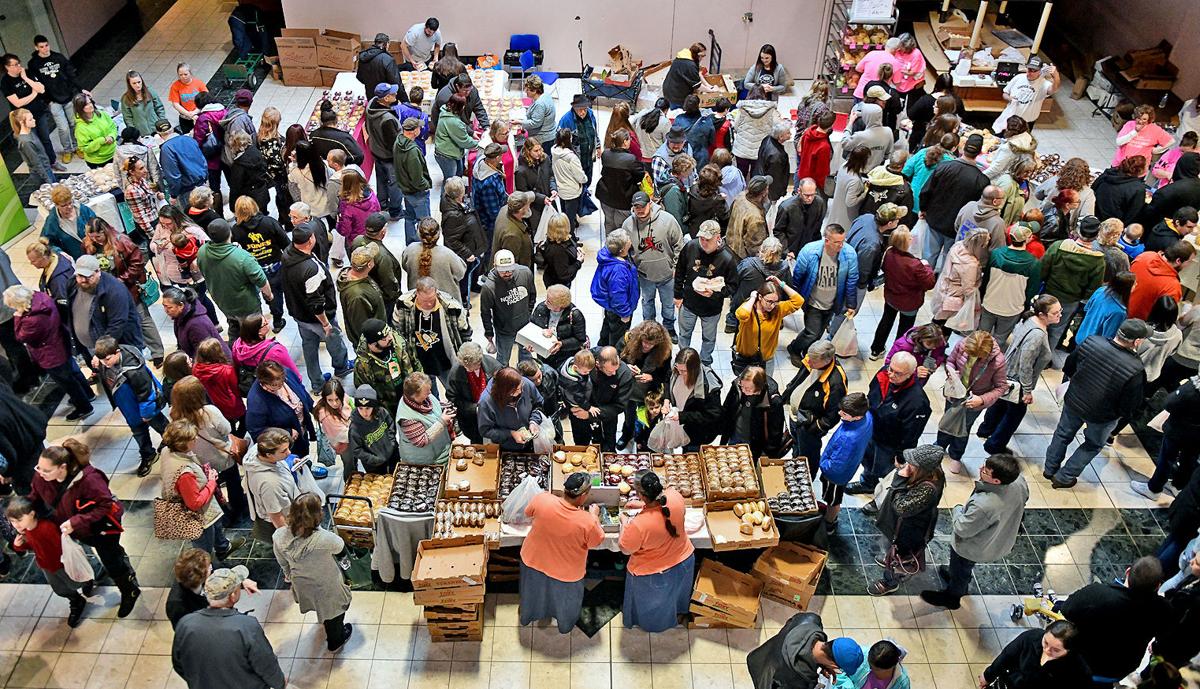 Hundreds gather for National Gob Day 2020 held at The Johnstown Galleria on Saturday, Jan. 25, 2020. A total of 13 vendors, including Baker Babes LLC, Life’s a Treat Bakery, Lambcakes Bakery and The Atrium, all of Johnstown, and Marie’s Homemade Gobs, of Martinsburg, sold their confections during the event.

Hundreds gather for National Gob Day 2020 held at The Johnstown Galleria on Saturday, Jan. 25, 2020. A total of 13 vendors, including Baker Babes LLC, Life’s a Treat Bakery, Lambcakes Bakery and The Atrium, all of Johnstown, and Marie’s Homemade Gobs, of Martinsburg, sold their confections during the event.

Johnstown’s best-known dessert was the star of the show on Saturday as hundreds of area residents showed up at The Johnstown Galleria to celebrate National Gob Day 2020.

Members of the crowd stood shoulder-to-shoulder as they lined up to purchase gobs in various flavors from tables set up by professional pastry chefs, church congregations, home bakers and others. The key to getting the widest possible selection of gobs was to arrive as early as possible, as some vendors sold out in the first hour.

Donna Mock and her daughters, Vanessa Cowan and Lee Phillips, who sell their homemade desserts under the name Baker Babes LLC, showed up to the mall with about 1,000 gobs. By 10:30 a.m., an hour after the event officially began, the Baker Babes’ table was down to about two dozen gobs, and even those were gone minutes later.

Mock, Cowan and Phillips sold gobs in flavors such as peanut butter, coconut cream, strawberry and banana, as well as the traditional chocolate.

Mock, of Richland Township, attributed the popularity of the Baker Babes’ gobs to their use of cooked icing.

“That’s the way my mom made them,” she explained. “You cook (the icing) first, and then you whip it. Everyone seemed like they wanted that old-fashioned icing.”

Mike Stevens, corporate program director for Forever Media, which sponsored the event, said the popularity of the gob in the Johnstown area was the impetus for the creation of the annual event, which is now in its 12th year.

“Just because of how popular gobs are,” Stevens said, “we thought it would be a great idea to get people to make gobs and bring them out and give people the opportunity to buy gobs. … People love it. We get calls starting in October – ‘What’s the date for Gob Day?’ It’s always the last Saturday in January.”

The event featured a gob-judging contest and live music provided by the Frick Brothers, who played acoustic covers of pop standards.

“Turnout’s been great,” Stevens said. “It’s about the same every year. It’s just packed. I mean, there was a line at 9 o’clock this morning with people waiting to buy gobs.”

Other area businesses and organizations had booths set up at the event, including the Johnstown Symphony Orchestra and Vale Wood Farms, which provided the milk for the gob-judging contest, according to Samantha Brisini, the Loretto-area dairy farm’s marketing coordinator.