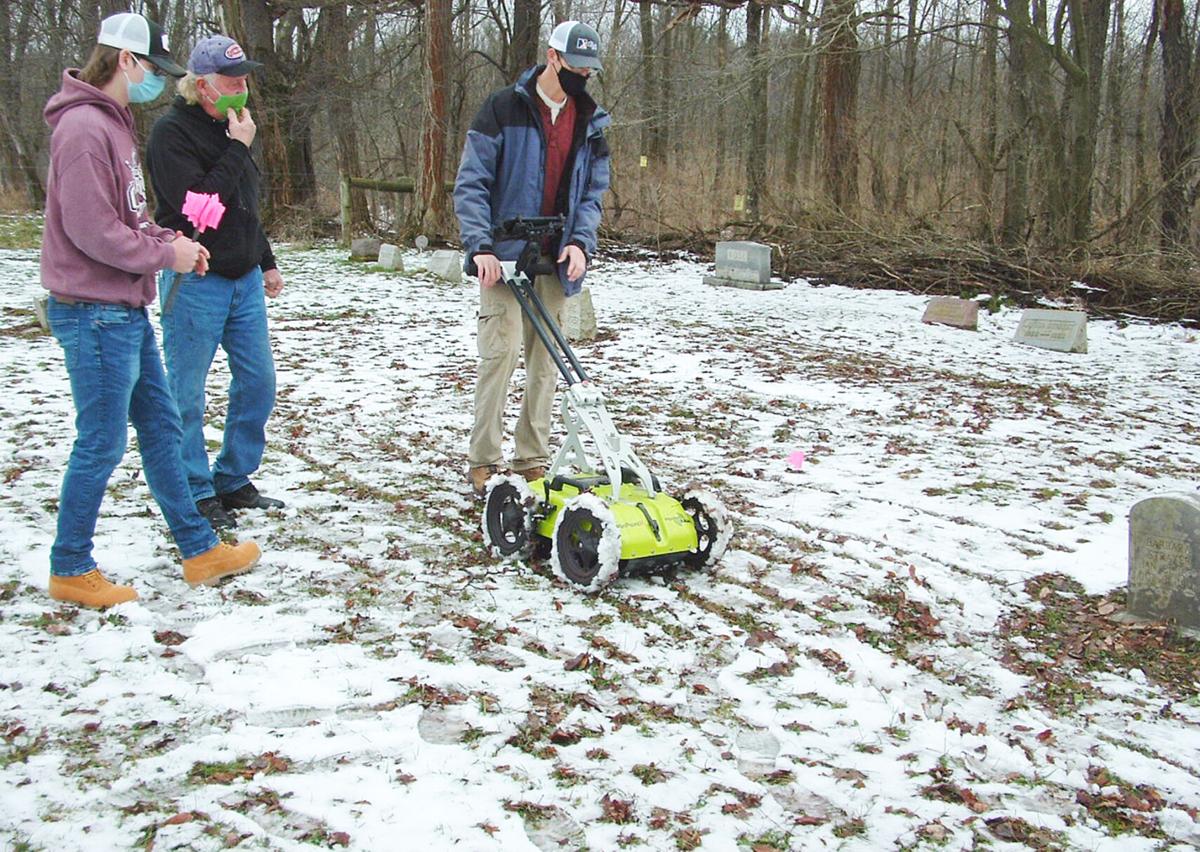 A group works to locate lost graves at Snavely Cemetery in Richland Township on Dec. 28, 2020. 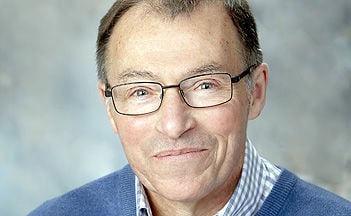 A group works to locate lost graves at Snavely Cemetery in Richland Township on Dec. 28, 2020.

Most motorists drive by Snavely Cemetery not realizing a historic site rests beyond the tree line.

Vegetation hides the cemetery in Richland Township – above the Hoffman Farm fields along Mount Airy Drive – from inquiring eyes.

However, the baby boom generation is well-acquainted with this bucolic setting – commonly known as Becky’s Grave.

Teenagers and young adults by the car load became nocturnal visitors to this dark and secluded burial ground – seeking the gravesite of a legendary character who never existed. Eventually, this area became a lover’s lane, a drinking spot and a popular thrill-seekers attraction.

Sadly, considerable damage was done to the cemetery grounds, grave markers and graves.

The visitors were seeking Becky’s Grave. Most were not familiar with the name Snavely Cemetery. There were no signs or gates present in those days.

A grassy lane off Mount Airy Drive led individuals to the graveyard.

Becky’s Grave was born in the drive-in movie culture. The post-World War II generation was more mobile than their predecessors. The baby boom generation lived in the suburbs. They had more time and the inclination to explore new avenues. Past generations living on farms and in urban areas were tasked with many demanding chores. Time was at a premium. But, the new generation could chase legendary spirits.

Several theories exist explaining Becky and her grave. One theory was explained by Walter Hutsky in his article “Becky’s Grave – The Truth Revealed.” Hutsky, an Ebensburg information technology specialist, has conducted investigative research for the Southwestern Pennsylvania League of Apparition Technologists or S.P.L.A.T.

Hutsky theorizes that Becky was actually Rebecca Wertz Kring. She was married to Samuel Kring and resided in the Adams Township village of Elton. Sadly, in January of 1892 they both perished in a terrible house fire.

This story gets murky after this point. Rebecca and her husband were buried in the Dunmire Cemetery located in Elton Heights along State Route 160. This gravesite is clearly visible to anyone strolling past. One wonders how legions of Becky’s grave seekers failed to gravitate to this spot.

Perhaps, the answer lies in the other theories concerning Becky and her resting spot. This writer for a decade conducted walking/driving tours for the former Pitt-Johnstown Community Outreach office. Snavely Cemetery was always the last stop on this local cemetery tour.

This tour was very popular – visiting the Wingard, Baumgardner, Horner and Snavely cemeteries.

Each stop featured aspects of that cemetery. The earliest and latest burials were discussed. If known, the cemetery caretakers were mentioned plus any difficulties with general cemetery maintenance. Each stop featured a brief history of that location.

Most participants were not familiar with the first three tour stops. However, nearly 99% of the cemetery tour participants knew about Becky’s Grave or had visited Snavely Cemetery on a dark night. Numerous individuals indicated they were never there during daylight hours.

Another theory associated with Becky’s Grave is a twist on the Rachel Adams story. A few researchers believe the Adams story was twisted around to suit the circumstances of the day.

Rachel Adams was an actual member of an early Johnstown pioneer family. Rachel was the sister to Samuel and Solomon Adams. Local oral history, urban legend and countless story-retellings relates how the family members would flee to Fort Bedford when Indian uprisings were eminent or underway.

Her gravesite became Snavely Cemetery, since this was the closest cemetery to her death spot – although that cemetery did not exist at the time of the Adams family deaths. The first Snavely burial dates unofficially to 1841.

The story is twisted further. In another version, Becky/Rachel was not killed by Indians but rather hung by local folks who believed she was a witch consorting with the Native Americans. She was buried in a secret spot. This prevented her death from earning martyr status.

Those local baby boomers were told someone was killed and buried. Snavely Cemetery was the closest probable spot. This occurred despite the point no grave marker had either Rachel or Rebecca’s name. So, for generations a small army of thrill seekers trekked to Mount Airy Drive at night seeking Becky’s Grave.

The Horner family several generations ago decided to correct this wronged situation. Snavely Cemetery was originally a church cemetery.

However, that church of Protestant denomination was destroyed in a fire.

The church members eventually disbanded. This left the Snavely Cemetery without a financial sponsor.

Several cemetery family members donated money in an attempt to keep the grounds in decent condition. This contribution effort failed after time.

William Horner, now 91, undertook the task of volunteer cemetery maintenance decades ago. He planted trees and constructed a fence around the grounds. He also added shell to the entrance lane. This shell base is still visible.

Horner has a family cemetery connection. His dad, William C. Horner, was buried there in 1956. William C. Horner owned the Elton Milling Co., a large feed mill operation. He was also a teacher at the Elton School and lived nearby.

Plus, the cemetery grass and vegetation needed regular maintenance to avoid overgrowth conditions.

Today, Bill Horner is assisted by his 15-year old grandson, Will Horner – a 10th grade student at Conemaugh Valley.

Thus, on Dec. 28, a small group gathered at the cemetery to witness this event. The group included Bill and Will Horner, Bryan Teschke, local photographer Bob Hancock and this writer.

These were marked with flags. Robert Bantley from Bantley’s Hardware is supplying aluminum crosses for these lost graves. The names of those buried there remain lost to history. However, the new crosses will mark these burial spots.

TomCat Greenhouse is also supplying flowers for these restoration efforts. A new cemetery gate sign by Derek Horner, another of Bill’s sons, alerts motorists and visitors to the historic cemetery.

Bill Horner and family welcome cemetery visitors. This is a family cemetery. Guests should remain respectful and cognizant of this point. Horner is also seeking a photograph of the old Elton Milling Co. for his father.

George Hancock is a regular community columnist and a member of The Tribune-Democrat’s Reader Advisory Committee.