Zach Holt and his son, Parker, 8, of Mount Pleasant, Pa., head back to the car after a wet morning of deer hunting in State Game Lands 50 near Somerset, Pa., on the opening day of deer firearms season, Monday, Nov. 26, 2018. 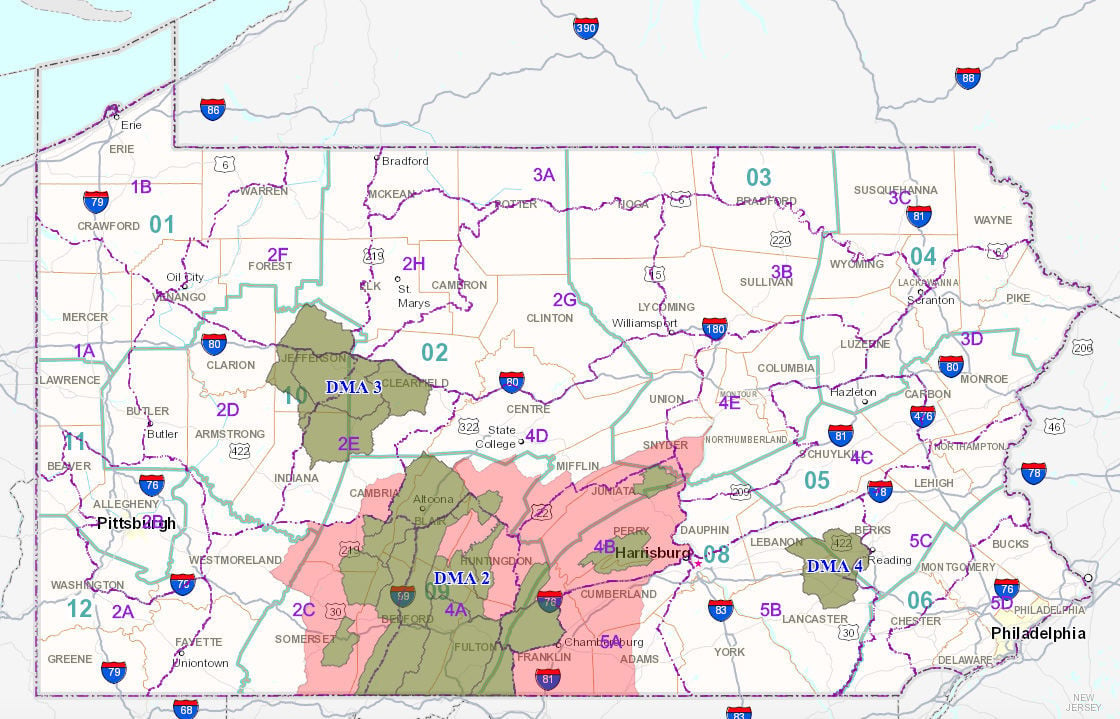 Zach Holt and his son, Parker, 8, of Mount Pleasant, Pa., head back to the car after a wet morning of deer hunting in State Game Lands 50 near Somerset, Pa., on the opening day of deer firearms season, Monday, Nov. 26, 2018.

HARRISBURG – Battling the spread of Chronic Wasting Disease is one of the biggest challenges facing the Pennsylvania Game Commission, the head of the wildlife agency told lawmakers Tuesday.

The disease “threatens the future of our wild deer herd, our hunting heritage, and the state’s $1.6 billion industry tied to hunting,” Game Commission executive director Bryan Burhans told members of the House Game and Fisheries Committee.

The Game Commission in September warned that its proposed plan for controlling the spread of Chronic Wasting Disease would likely include the use of snipers to cull herds of deer in areas where the disease had been discovered.

State Rep. David Maloney, R-Berks, called the proposal “misguided” at the Tuesday committee meeting, saying that by destroying entire herds, the wildlife agency might be needlessly killing deer that had been exposed to Chronic Wasting Disease but hadn’t been sickened by the disease.

Symptoms in animals suffering from Chronic Wasting Disease can include drastic weight loss, stumbling and other neurological issues, according to information provided by the Game Commission. It was first discovered in Pennsylvania in 2012, according to the wildlife agency.

Deer can spread the disease through animal-to-animal contact or deer can be infected by walking and feeding on the ground that a sick animal has been on, according to the Game Commission.

Once a diseased animal has infected the soil, it will remain infected regardless of how hot or cold outside temperatures get, according to Game Commission information. Once a deer is infected, it’s always fatal, though symptoms may take two years to develop. There is no vaccine or treatment available.

In 2018, the Game Commission tested 9,631 deer for Chronic Wasting Disease and 123 of them tested positive.

Burhans said that wildlife officials recognize that culling herds is controversial but said that it’s been an effective method of controlling the spread of Chronic Wasting Disease in other states, such as Illinois, where it’s been employed.

The Game Commission is still reviewing the public comments generated by the draft plan and hasn’t released its final strategy yet, he said.

The state Department of Agriculture announced in February that the funded research included:

• $242,246 to exploring the potential of working dogs to detect Chronic Wasting Disease in deer feces. The project will be led by Dr. Cynthia M. Otto, professor and director of the University of Pennsylvania School of Veterinary Medicine Working Dog Center.

• $561,000 to developing and testing of live-animal tests to detect the disease. The project will be led by the University of Pennsylvania School of Veterinary Medicine biochemistry professor Dr. Anna Kashina.

“These projects show potential to build on that progress by speeding diagnosis, helping scientists better understand how chronic wasting disease progresses and ultimately, learn how to keep it from spreading.”

Maloney objected to funding research into what he described as “dogs to sniff deer poo.”

Burhans said the research is promising because it could help the state quickly identify when an area has infected deer and could help them better identify exactly which deer in the area are infected.

OUTDOORS: Five things every hunter needs to know about chronic wasting disease and our deer herd

The long-ranging ripple effects of chronic wasting disease (CWD) go well beyond the wild deer herd it is slowly killing throughout the state.