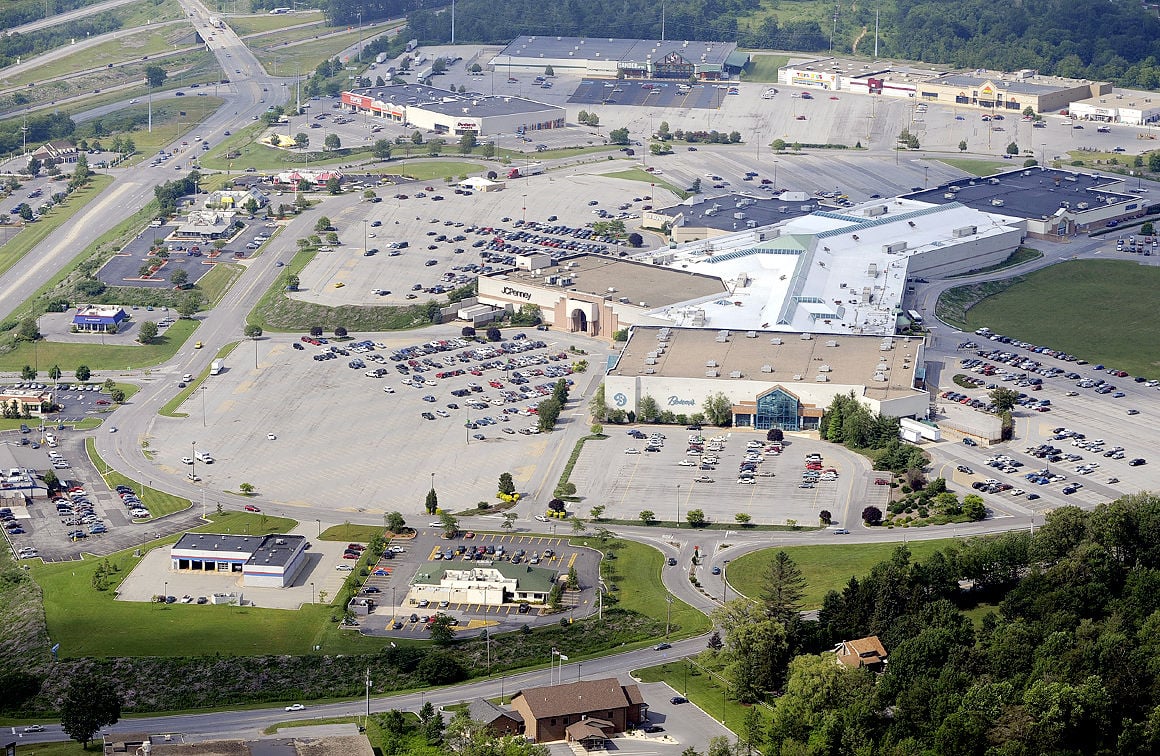 The Galleria in Richland Township is seen from the air in this file photo from June 2010.

The Johnstown Galleria front entrance area with the former Bon-Ton store to the left and the JC Penny store to the far right on Thursday, January 30, 2020.

The Galleria in Richland Township is seen from the air in this file photo from June 2010.

The Johnstown Galleria front entrance area with the former Bon-Ton store to the left and the JC Penny store to the far right on Thursday, January 30, 2020.

The Johnstown Galleria is on the list of properties to be sold to the highest bidder at Cambria County's Sept. 14 upset tax sale.

The sale features about 1,600 properties, including the Galleria, Cambria County Tax Claim Bureau Director Joanne Ranck said. Each property is slated to be auctioned off at a starting price equal to the delinquent taxes owed.

For the Galleria, that's more than $1.1 million. That starting price figure represents delinquent taxes owed from years 2018, 2019 and 2020.

In total, 46 acres at 500 Galleria Drive, in the name of Adar Johnstown LLC, is set to be included in the sale.

The Galleria has been owned since 2014 by Adar Johnstown Limited Liability Corp., whose principal contact is listed as Jack Azout in Aventura, Florida. Calls to Azout or other partners of the company were not returned Tuesday.

Until February of this year, Adar had acted as owner and landlord while Zamias Services Inc. operated the day-to-day leasing responsibilities at the mall and also held ownership of a large share of the Galleria's ground lease. George Zamias built the Johnstown Galleria more than 27 years ago.

But ownership changed at the beginning of February when the Galleria was turned over to lenders as collateral for a $13 million loan to Adar.

Zamias turned over property management of the Galleria to a receiver, Spinoso Real Estate Group, which has been operating the mall on the lenders' behalf since Feb. 1.

Appointing a receiver was a move for the lenders to write off the bad debt owed on the Galleria. Spinoso would then sell the mall debt-free to another owner or developer.

The sale is scheduled for 10 a.m. Sept 14. at the Cambria County Courthouse.

Although the list of properties is set, it can change, Ranck said.

All owners of properties on the current list to be sold have until the day of the sale to pay a portion of the delinquent taxes or arrange for a payment plan to retain ownership of their property, Ranck said.

But it's not unprecedented for a local shopping area to be sold at a tax sale, she said.

"I believe we sold the Glosser building downtown to the county at a judicial sale, and the former Hills plaza (the current Ollie's Plaza on Scalp Avenue) was sold at an upset tax sale for about $1 million," she said.

A full list of properties scheduled for the upset tax sale will be published July 22 in The Tribune-Democrat.

Apartments, offices, entertainment complexes and even casinos – there’s been a wide range of new uses for declining Pennsylvania shopping malls.