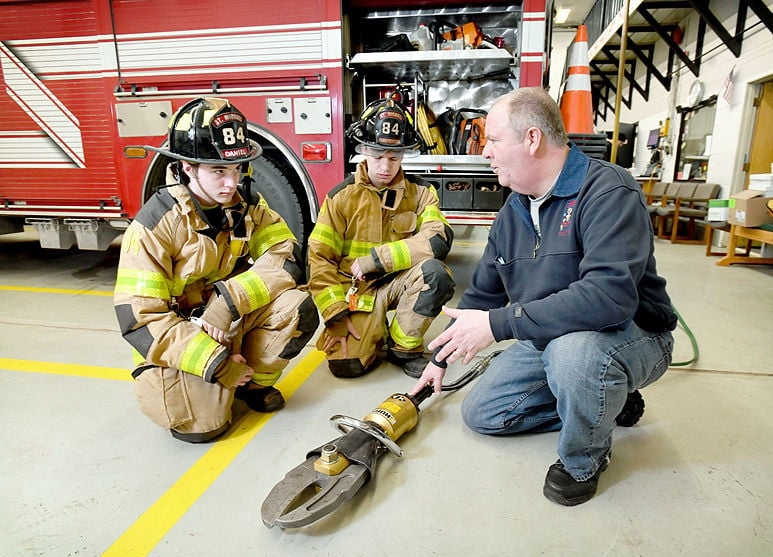 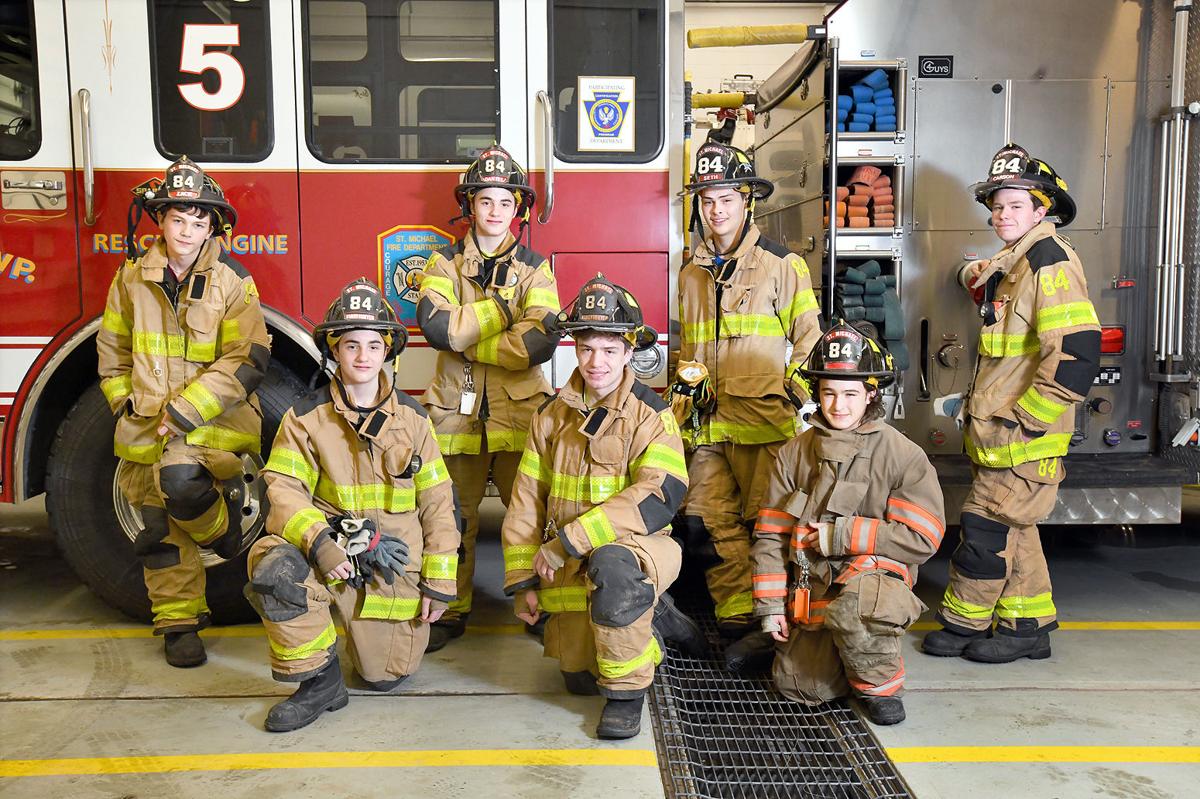 ST. MICHAEL – Junior firefighters ages 13 to 17 are the lifeblood of a volunteer fire department.

They turned out for training at Adams Township Volunteer Fire Company No. 2 in St. Michael.

“They’re the firefighters of tomorrow,” Chief Paul Kundrod said. “All fire departments need to have a core of juniors to keep the department active and moving forward.”

Seth Richardson, 16, said he is ready for the challenge.

The rigorous training is necessary when lives are on the line, he said.

“This is serious business, when you get down to it,” he said. “When the time comes, you have to be ready, and training is a big part of it.”

Training is every other Wednesday.

“It starts here at the station,” Kundrod said. “We go over the turnout equipment and how it’s worn and how it protects you.”

The juniors pull the hose from the truck and “hit the hydrant,” he said.

“That means we actually hook it to the hydrant and feed water into the engine,” Kundrod said. “The guys can pull the hand lines off and go up the ladder to simulate a fire.”

The practice is both fun and important as the students prepare for a real fire call, they said.

“Spraying the hose is the fun part,” said Josh Blanchetti, 15. “I want to stay as a volunteer firefighter. We’re helping out the community.”

The young men also train at the fire school in Patton operated by the Cambria County Firemen’s Association. They learn the essentials of firefighting, which includes 180 hours divided into four modules, said Frank Hribar, firefighting instructor.

“Any time somebody has an emergency, we will be there to help,” said Andrew Martin, 16.

“I want to keep volunteering for the rest of my life.”