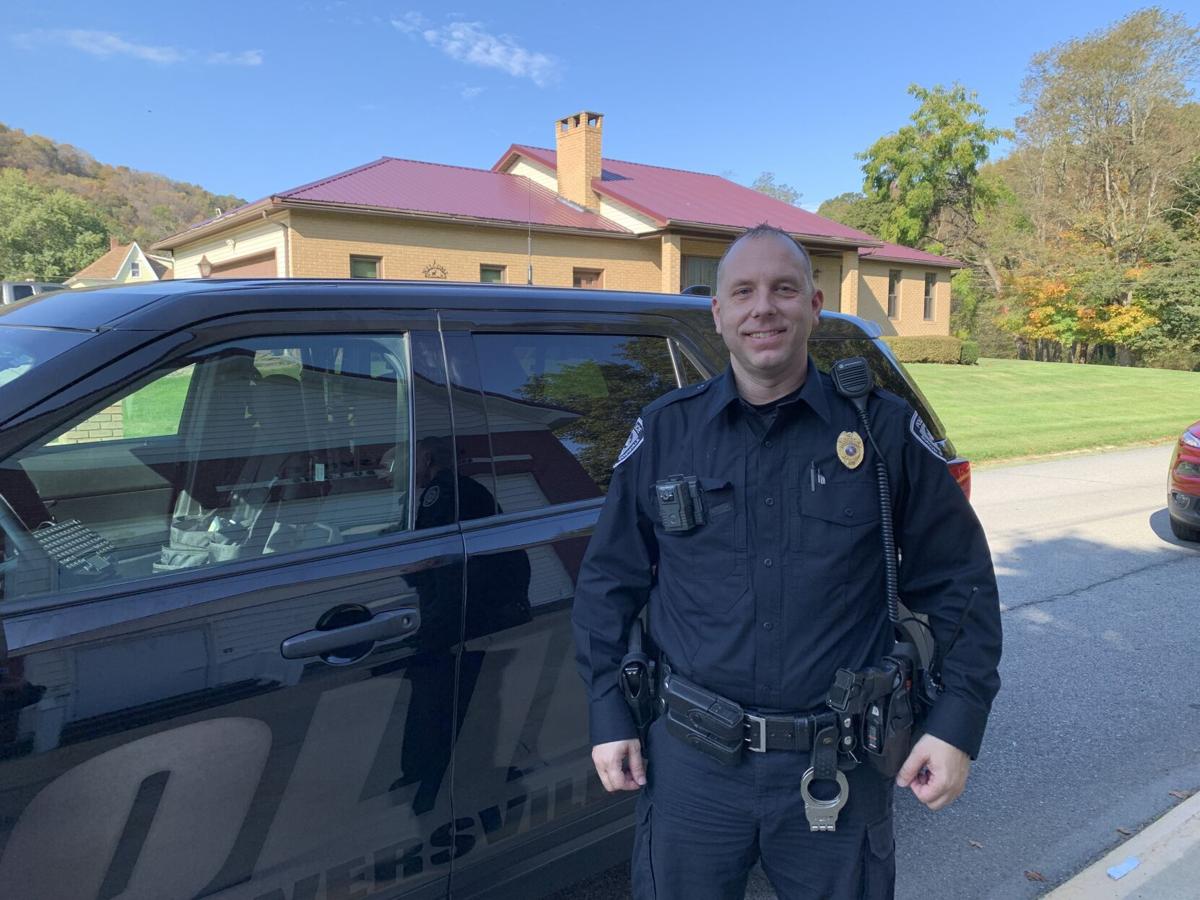 Jonathan Wolf is the chief of police in Hooversville Borough. Photo taken on Friday, Oct. 15, 2021.

Jonathan Wolf is the chief of police in Hooversville Borough. Photo taken on Friday, Oct. 15, 2021.

HOOVERSVILLE, Pa. – Jonathan Wolf was a Pennsylvania state trooper, a Johnstown tavern owner and a college professor with a doctorate from Indiana University of Pennsylvania.

Academically, he’s known as Dr. Wolf. Professionally, he is Chief Wolf of the Hooversville Borough Police Department. He accepted the job in August, replacing Adam Richards, who recently left after 15 years to take over as the police chief in Ferndale Borough.

“I love Hooversville,” he said in an interview at the police station. “I can say with 100% honesty that the borough council and the mayor have been absolutely spectacular to work for. I hope to stay here for 20 years.”

Wolf, who was raised in the Harrisburg area, was a state trooper from 2001 to 2006 in Lancaster and Chambersburg and worked for Robert Morris University police in Pittsburgh.

Wolf earned a master’s degree in criminal justice from Boston University and graduated from IUP in 2013 with a doctorate in administration and leadership studies. He has held several faculty positions, including as director of education at Cambria-Rowe Business College in Johnstown before the school closed in 2016.

Hooversville council President Kenneth Karashowsky said Wolf was selected from four applicants. Although Wolf was overqualified for the job, he stood out from the other candidates, Karashowsky said. He described Wolf as personable, fair-minded and genuine.

“Those are valuable attributes for a police officer,” Karashowsky said. “He goes out on foot patrol and meets and greets the people in town so they get to know him.”

Mayor Diana Lawrence called Wolf an asset to Hooversville and hopes that he stays until he retires.

The police department is equipped with two patrol cars with dash cams, an AR-15 rifle and a shotgun. Officers wear body cameras.

There is little crime in Hooversville. His first week on the job, there were no police calls, Wolf said. Recently, though, a vehicle that was stolen in Berlin turned up in Hooversille.

“I was able to recover the vehicle and get the occupant,” he said.

“There’s very good people here in this community,” he said.

Wolf, a full-time chief, starts his shift walking through the borough before patrolling in a vehicle.

“Then, I set up shop somewhere and do speed enforcement,” he said.

Wolf said his wife Bethany is an emergency room nurse at Conemaugh Memorial Medical Center in Johnstown, and he has a 13-year-old daughter who lives in Florida.

Wolf owned the By George Inn in downtown Johnstown from 2017 to 2020. He renamed it the Sundown Saloon before selling the business. It’s now called Stadium Pub & Grille. He also delivered The Tribune-Democrat to readers in the Ligonier, Dilltown and Seward areas.

It has been an educational road to Hooversville. Wolf believes he’s found his place.

“I wouldn’t want to work any place else,” he said. “I’ll stay as long as they will have me.”

“We hope to keep him for a good long time,” Karashowsky said. “We have his back.”

Adam Richards returned to his old stomping grounds in July as chief of the Ferndale Borough Police Department.